As sponsors sit on piles of cash they want to put to use—private equity dry power as of May increased to a record $906 billion—PE shops have had to pay up on secondary deals (and on any LBO this year). 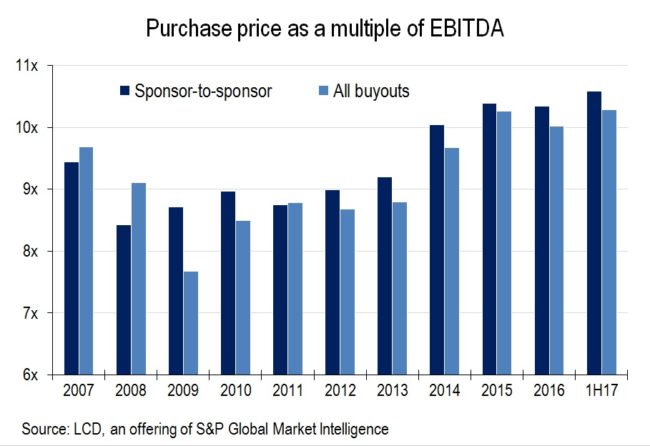 For the record, of that aforementioned $906 million dry powder figure, roughly $560 billion of that is targeted for buyout funds proper, according to Preqin (venture capital and growth funds make up most of the remainder).

Meanwhile, excess sponsor cash has helped nudge leverage higher. Debt/EBITDA on secondary buyouts in 2017 has averaged 5.97x, well up from the 5.69x on these deals last year, and the most since the 6.02x in 2014. 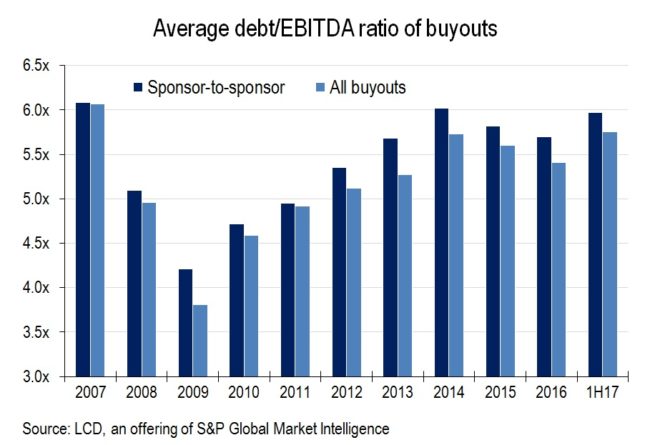 The equity contribution on secondary buyouts has inched higher from 2016, as well, with sponsors chipping in better than 40% on 2017 deals, compared to 38.9% last year.

With sponsor-to-sponsor transactions abound this year, the size of the loans backing those deals is relatively modest. The largest is a $1.885 billion credit backing the buyout of insurance concern USI by KKR and Caisse de dépôt et placement du Québec, from Onex. That B/B2 loan was priced at L+300, with a 0% LIBOR floor, and was offered at 99.5, for a four-year yield of 4.42%, according to LCD.—Staff reports