Despite the strength of the credit markets, institutional investors are always on the lookout for indicators of market health. To that end, LCD is pleased to introduce for the loan market “Weakest Links” analysis, a barometer we’ve adopted from associates S&P Global Fixed Income Research ($$).

Weakest links are loan issuers rated B– or lower (excluding defaults) by S&P Global with a negative outlook or implication. 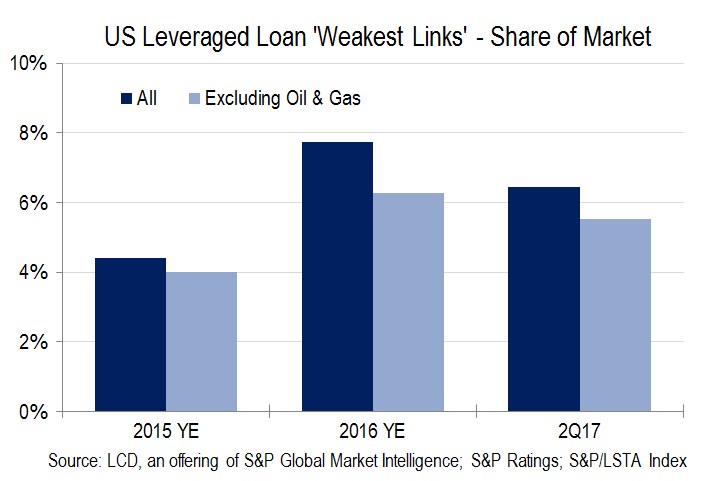 The trend holds if we exclude the troubled Oil & Gas industry from the past 18 months. The share of weakest links excluding O&G is 5.5% currently, higher than the 4% reading from 18 months ago but lower than the 6.3% level at the start of 2017.

Where are they now?
Just how weak are the weakest links? Over time, how do they perform? To address these questions we look back 18 months, to the year-end 2015 weakest links, and assess their status today. 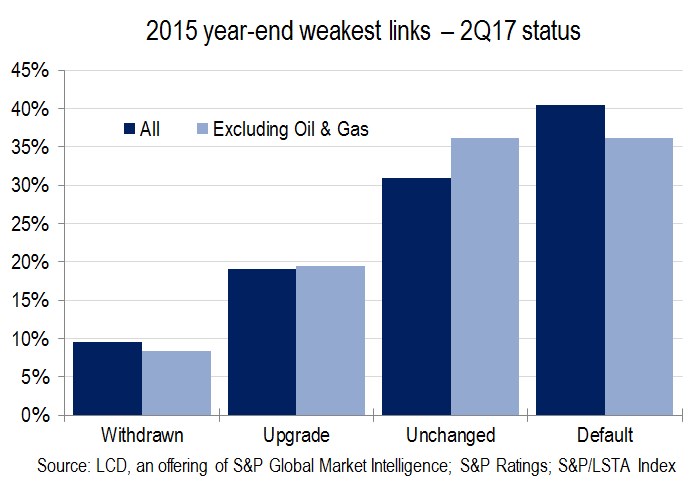 Despite the fact that O&G was in the midst of its crisis 18 months ago, excluding O&G does little to change the analysis. Without O&G, the year-end 2015 weakest links comprised 36 issuers with $32 billion of par outstanding. Eighteen months later, 36% of those issuers have defaulted, 36% remain weakest links, 19% have upgraded, and 8% have withdrawn their rating.

As would be expected, the default rate for the weakest links is significantly higher than for the broader market. 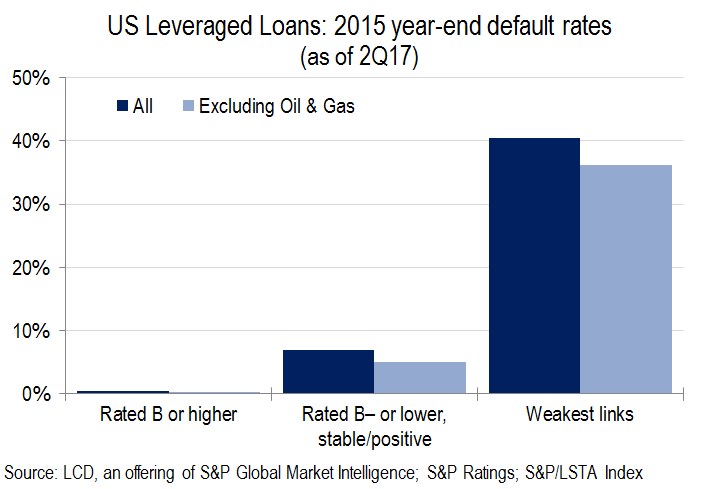 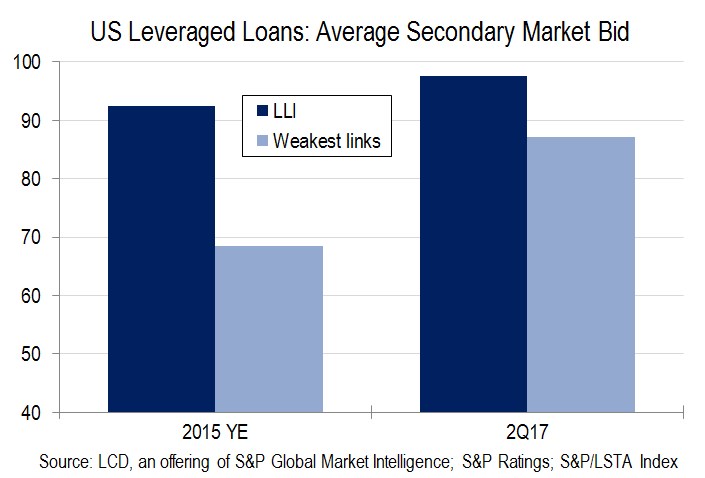 Hopefully, the recent swing in favor of supply over demand will help deflate the secondary market. The future uptick in default rates is inevitable, as evidenced by the rise in the percentage of weakest links versus year-end 2015. Including the issuers already in default, if we assume that 36% of the current weakest links default in the coming 18 months, that would push the default rate based on issuers up to about 3.8%, well above the rates seen during the O&G default peak in 2016. — Ruth Yang