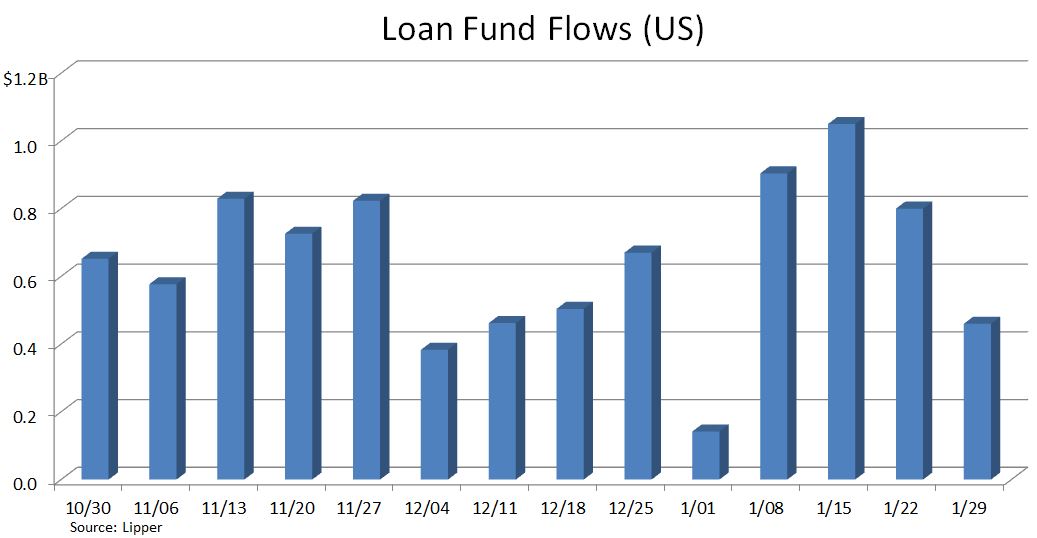 Retail cash inflows to bank loan mutual funds and exchange-traded funds totaled $460 million for the week ended Jan. 29, according to Lipper, a division of Thomson Reuters. Of the total, just 4% was tied to the ETF segment, down from 9% of last week’s net $804 million inflow.

While down from last week, the inflow nonetheless extends the net inflow streak to 85 weeks, with a total of $63.1 billion over that span, by the weekly reporters only.

The four-week trailing average ticks up to $805 million, from $726 million last week, and $692 million two weeks ago.

The change due to market conditions was negative for the first time in 18 weeks, at $111 million. Total assets stood at $105.4 billion at the end of the observation period, with ETFs comprising $7.6 billion of the total, or approximately 7% – Matt Fuller