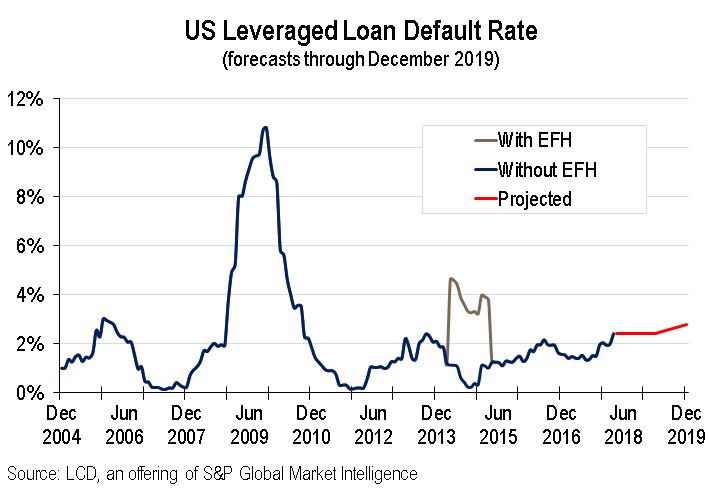 Portfolio managers in the U.S. leveraged loan market have raised their forecasts for near-term default rates by almost 20 bps since the last quarterly survey, though few expect the historical average of 3.1% to be surpassed before the end of next year.

More than 50% of loan managers surveyed raised their one-year-out default prediction, by an average of 0.42%. In fact, LCD’s quarterly survey last revealed an increase of this magnitude back in 2016—when borrowers in the oil-and-gas and metals/mining sectors were increasingly inflating the default stats.

Meanwhile, predictions for the 12-month trailing U.S. default rate by principal amount for year-end 2019 came in at 2.81%, an increase from December’s read of 2.64%.