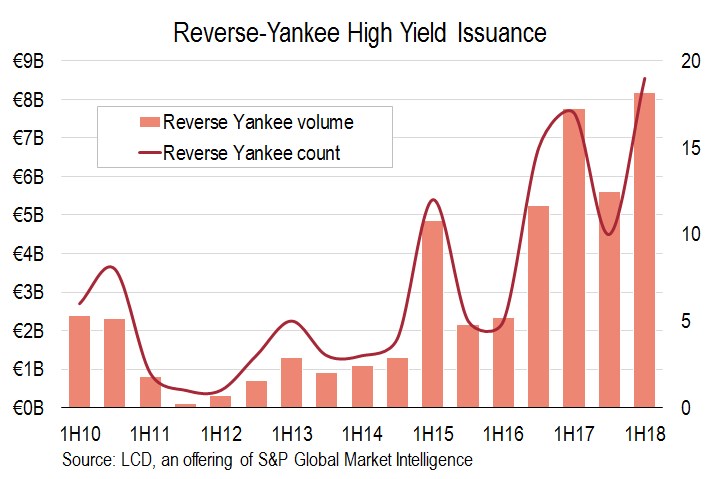 Speculative-grade debt issuers from the U.S. tapped the European high yield bond market at a record pace in 2018’s first half, taking advantage of decidedly cheaper financing costs in that market.

During the first six months of the year there was €8.2 billion of this ‘reverse-Yankee’ activity, an increase from €5.6 billion in 2017’s second half, and well up from levels seen in 2010 through 2014, according to LCD.

Why the surge in reverse-Yankee activity? 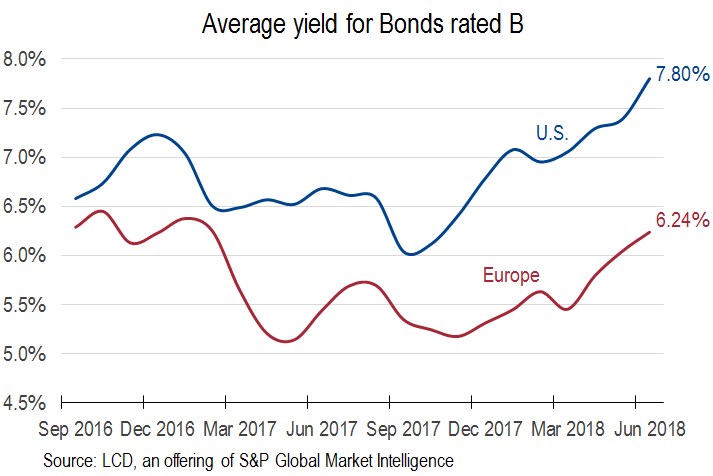 Simply put, the European high-yield market, via euro-denominated deals, is a less-expensive financing option for U.S. issuers. For lower-rated companies, for instance – issuers rated single B – Europe has during the first half of the year offered financing that averages 156 bps cheaper than in the U.S., according to LCD. That’s up from a 125 bps difference in 2017’s first half.

This analysis was excerpted from a story on LCD News by Luke Millar.