The U.S. leveraged loan market, which has grown significantly in size and stature over the past few years as investors looked to take advantage of rising interest rates, is starting to shrink. 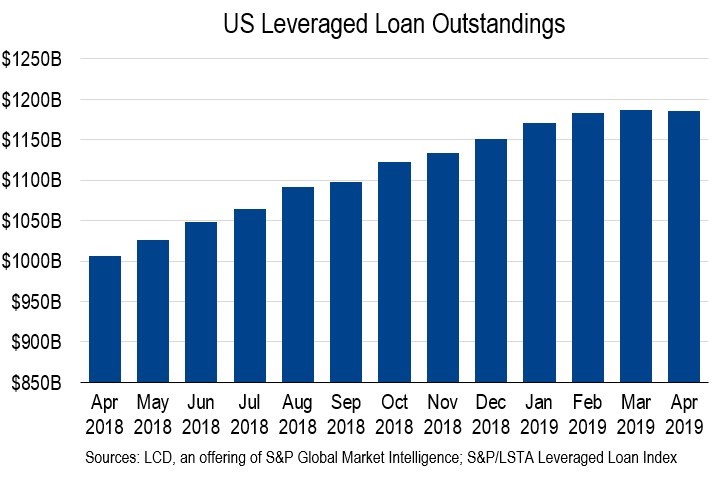 While the dip in market size is nominal – leveraged loan outstandings at the end of April totaled $1.185 trillion, from $1.186 trillion the previous month, according to the S&P/LSTA Loan Index – the move is telling, as it's the first time the asset class has contracted in 15 months.

Indeed, the leveraged loan market has more than doubled since 2010, when the segment fully regained its footing after the financial crisis.

The stall in April comes as retail investors, such as loan mutual funds and ETFs, beat a steady retreat from the segment, as the prospects of interest rate hikes grew increasingly dim toward the end of 2018. Floating rate assets such as leveraged loans tend to see increased investor interest in a rising-rate environment, which had been the case from 2016's second quarter through a good portion of last year.

Conversely, when interest rates look to hold or fall – as in the past few months - speculative-grade investors can favor richer-yielding fixed-rate investments, such as high yield bonds. To that point, retail investors have withdrawn $12.7 billion from U.S. loan funds so far in 2019 while pouring $13.9 billion into high yield funds, according to Lipper.

The leveraged loan segment has come under intense scrutiny of late due to its size, as well as a general deterioration of lender/investor protections, thanks to voracious demand for this paper in 2017 and much of 2018. The deterioration in credit quality began with covenant-lite deals, which have become all but standard, progressing to more specific forms of credit loosening, such as use of adjusted EBITDA/add-backs.

There is consensus in market that these looser standards will impact recoveries on loans, in cases of default, when the current, long-running bull credit market finally ends.