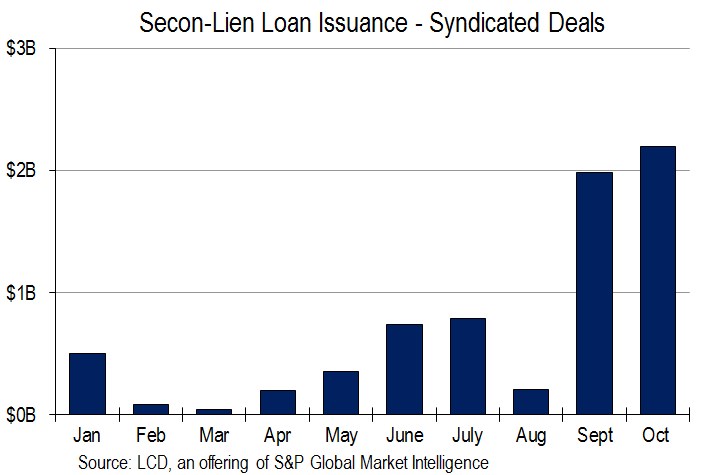 With a loan primary market in overdrive over the past seven weeks there has been a resurgence of broadly syndicated second-lien tranches. Arrangers brought to market $2 billion of second-lien term loans in September, the most since July 2015, with another $2.2 billion already in October, according to LCD.

For the record, that is the heaviest two-month stretch since September/October of 2014 ($4.9 billion). You can read more about how second-lien loans work here.

The reemergence of syndicated second-liens gained momentum amid much-improved market conditions for new issues in recent months, which spurred a surge in overall activity: September saw the highest monthly institutional volume on record, at $60.4 billion, according to LCD.

There is plenty of liquidity in the loan market. Mutual fund flows have been on a tear since August, with Lipper reporting 12 straight weeks of inflows into the asset class, for a total of $3.4 billion from weekly reporters only. That’s the longest win streak since 2014’s first quarter. – Jon Heminway