With six weeks left to go, 2017 already is the busiest year ever for the U.S. institutional loan market, with $468 billion of issuance so far, according to LCD. This bests the previous full-year record of $456 billion in 2013, and technically puts 2017 on pace to top $500 billion in institutional activity. 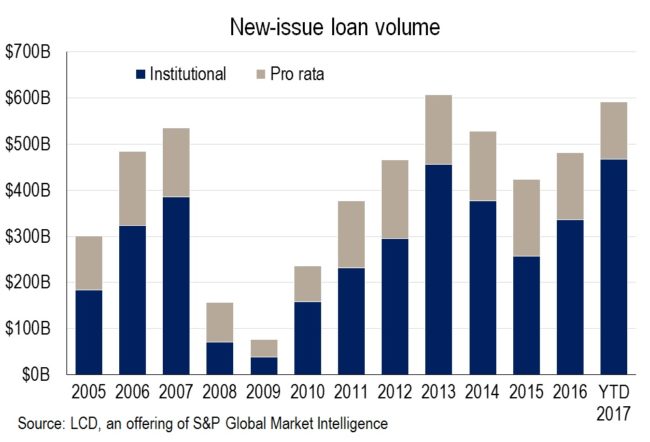 And no, these numbers do not include the flood of repricings, completed via amendment, that has characterized the loan market for much of the year. The YTD all-in repricing figure now totals a staggering $506 billion, by the way.

Looking more broadly at the leveraged finance space, high-yield issuance is $245 billion so far this year, bringing 2017 leveraged finance volume—institutional loans and bonds—to $713 billion, according to LCD. That’s good for second place all time, behind the $778 billion in 2013. 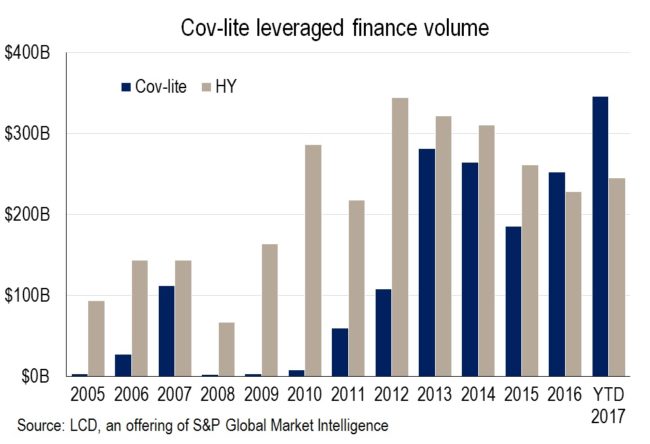 Speaking of high-yield, while activity in that segment so far this year marks a rebound from the $229 billion in 2016 (which was the least since 2011), issuers have clearly preferred the loan market, even when considering only covenant-lite loans. Indeed, in 2017, cov-lite issuance has exceeded high-yield activity by 41%, illustrating just how pervasive cov-lite has become.

The trend is even more pronounced when looking at private equity-backed borrowers, which raised four times more via cov-lite loans this year than in the high-yield bond market.

For the record, by the end of October, the share of cov-lite outstandings, per the S&P/LSTA Loan Index, had reached 74%, the highest ever. — Staff reports