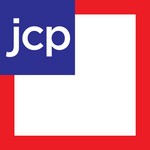 J.C. Penney debt and shares edged higher, just as the cost of default protection contracted, after the struggling retailer updated investors on its continued turnaround progress, showing a gain in store sales for the first time in years. JCP shares traded up roughly 4%, to $8.03, while its 5.65% notes due 2020 edged up half a point, to a 77 mid-market, according to sources.

Five-year CDS on J.C. Penney contracted 4% this morning, to 25.625/26.625 points upfront, according to Markit. While still indicating deep distress at those levels, take note it’s tighter by 13% as compared to the record wide, at 31.5 points upfront late last month, or essentially $537,500 cheaper, at approximately $2.6 million upfront, in addition to the $500,000 annual payment, to protect $10 million of J.C. Penney bonds.

Recall that Fitch Ratings on Oct. 2 downgraded J.C. Penney and its senior notes to CCC, from B-, due to a projected free-cash-flow shortfall in 2014 and the resulting need for additional external funding, even with a $3 billion-plus liquidity injection this year. The downgrade follows S&P and Moody’s last spring, putting the current profile on the retailer’s various senior notes at CCC-/Caa2/CCC. – Matt Fuller