Virtual Multichannel Revenues Projected To Soar In Next Five Years

Widespread price increases and expanding packages are blunting virtual multichannel's original value proposition, but projected revenues, spurred by higher ARPUs, are expected to grow at a 26% CAGR through 2023.

Virtual and traditional multichannel services generally are considered substitutes because of the linear TV packages that provide the foundation of their offerings, but there are a number of strengths and weaknesses that contrast the two. 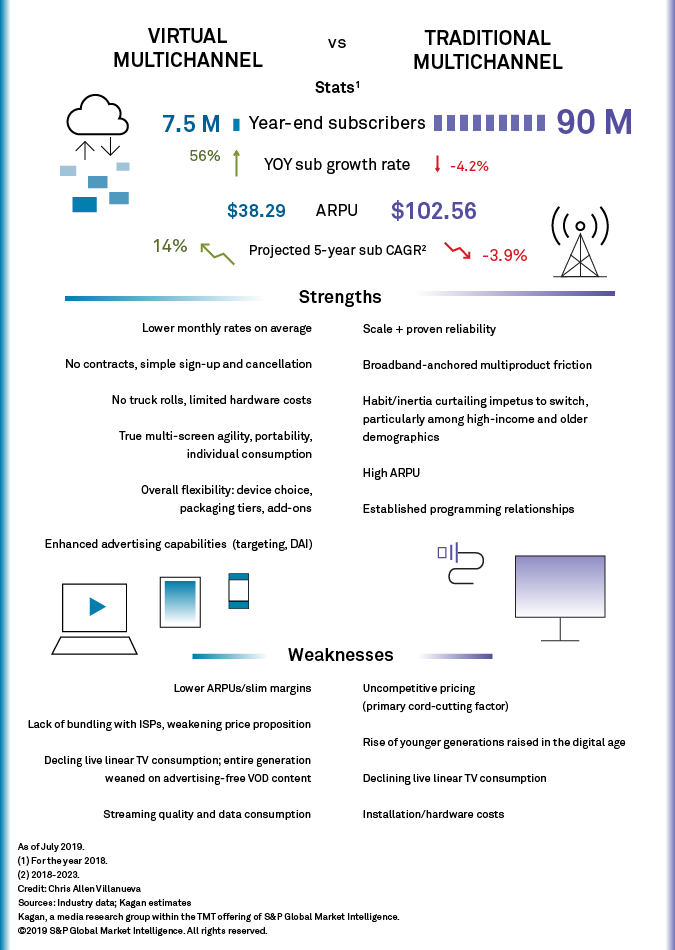 There are lower priced packages offered by Philo and DISH Network Corp.'s Sling TV, but most have taken a step back from the purely high-growth posture that set the tone in earlier years and seem to be looking for a more sustainable approach going forward.

Sling TV, however, remains committed to aggressively priced, svelte offerings although Dish Network did introduce a monthly $5 price hike across the board in July 2018. With two options priced at a monthly $25 (and currently only $15 for the first month of service), Sling TV is well positioned to attract those cord cutters that ditched traditional multichannel primarily for budgeting reasons.

2019 Outlook Turbulence But Cards To Play