Requests for Municipal and Corporate CUSIPs Surge in June

CUSIP Requests Slow in November as Municipal Volumes Cut in Half


Requests for Municipal and Corporate CUSIPs Surge in June

Corporate requests increased thanks in part to a surge in new equity identifiers.

June was the third straight month with continued signs of healthy liquidity in the municipal bond market, a clear indication that municipal borrowers are entering the market in a big way.

Municipal volumes continued to surge for the third straight month. The aggregate total of identifier requests for new municipal securities – including municipal bonds, long-term and short-term notes, and commercial paper – climbed 14.7% versus May, and 7.6% on a year-over-year basis. 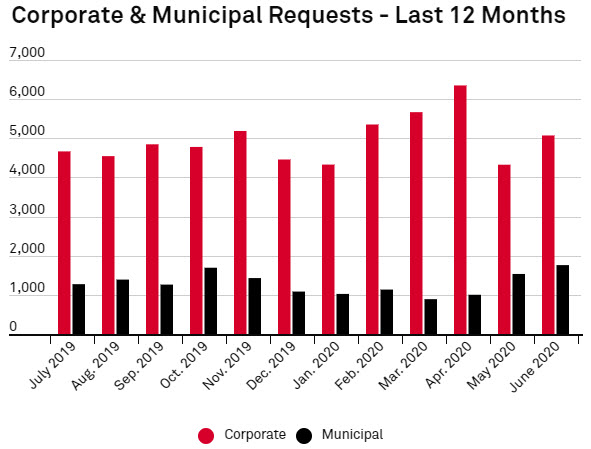 Among top state issuers, New York, Texas and California were the most active in June. New York's total increased by more than 92% month over month. Pennsylvania and Wisconsin round out June's top five. 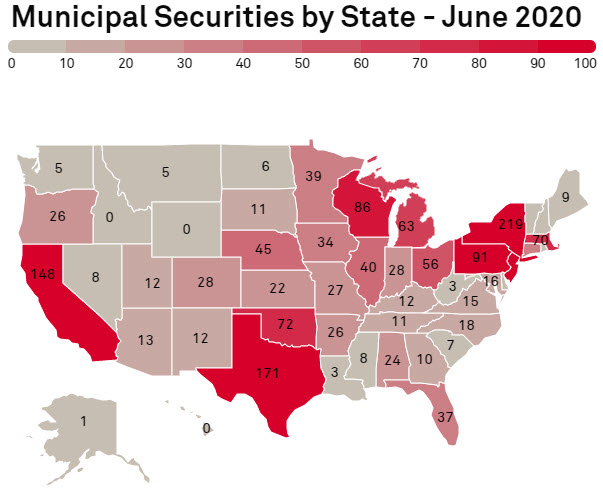 We’ve been seeing continued signs of healthy liquidity in the municipal bond market for three straight months now, which is a clear indication that municipal borrowers are entering the market in a big way. The corporate market has been more volatile throughout the COVID-19 crisis, but we may now be seeing signs of pent-up demand, particularly in corporate equities, where we’re tracking a surge in volume for new equity CUSIPs.