Multichannel operators are struggling to come up with a video package which is appealing to consumers, balancing popular content with a low price point. The task is easier said than done. Although we cover almost 200 basic cable networks, the top 25 networks comprise about two-thirds of license fees, with Walt Disney Co.'s ESPN at the top, generating more than $7 billion in affiliate fees, or 18.3% of the total.

TNT, the number 2 channel, is not even close at $2.57 billion. Five other channels pull in more than $1 billion per year in affiliate revenue.

By comparison, the bottom 25 in affiliate fees garner only $4 million per year in license fees on average. These include indies like Cars.TV and ShortsTV, as well as a plethora of foreign language channels that are often not in the basic digital package.

Click here for the history of affiliate fees by network going all the way back to 1989. 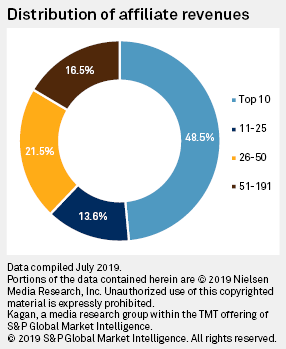 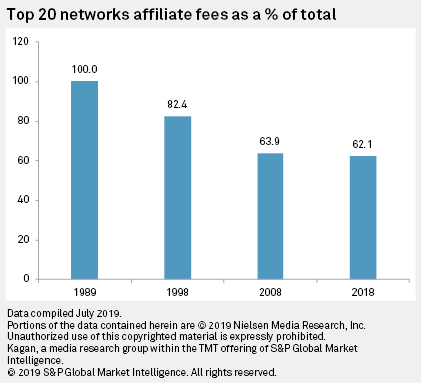