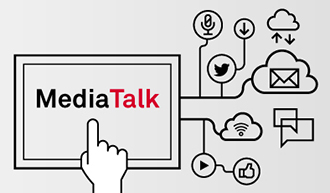 Peter Leitzinger, a media equity research analyst with Kagan, a media market research group within S&P Global Market Intelligence, said TV stations will count some $3.10 billion in political ad spending for the 2020 U.S. presidential race, up from $2.65 billion in 2016. That would compare closer to the 2018 midterm election cycle, which brought in $3.04 billion. Midterm cycle spending benefited from tight House, Senate and gubernatorial contests as well as hot topics like health care and immigration, with most of those trends set to continue in 2020.

After a disappointing year for political spending in 2016, when then-Republican candidate Donald Trump's campaign relied on what experts termed "earned media," trends following the 2018 midterms and early 2020 presidential campaigning point to more aggressive spending on all fronts next year. 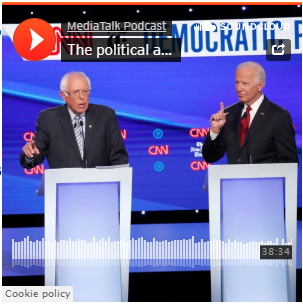 Steve Lanzano, president and CEO of the Television Bureau Of Advertising Inc., the trade association for the U.S. local broadcast television industry, said the partisan political climate will drive continued growth in fundraising, putting local TV stations' take in the $3.2 billion to $3.4 billion range — or higher if a Democratic front-runner emerges relatively early.

"If it's March/April, then [Democrats will] be able to coalesce around this candidate, the fundraising will be good, and you have a longer time frame to advertise across several different states," Lanzano said.

The trade group executive thinks digital may garner $1.2 billion in political spending over the 2020 election cycle, with radio capturing between $750 million and $800 million.

The media industry's Super Bowl is about to kick off in earnest, said Mark Lieberman, president and CEO of Viamedia Inc., the nation's major independent TV advertising management solutions company. He estimated that cable amassed some $800 million in category spending during the 2016 presidential cycle, which grew to $1.2 billion in 2018 and is projected to reach $1.3 billion this year. "From presidential cycle to presidential cycle, you're talking about more than a 50% increase," Lieberman said.

Typically an incumbent president carries a 40% to 45% base of voters, with the challenger appealing to about the same range of the electorate. But Lieberman suggested that Trump's base is in the 35% range, meaning the swing vote could be close to 20% and engender more spending.

"I'm sure that both campaigns, Democrat and Republican, as well as the down tickets are going to be looking at this and using data to figure out how to target better," he said. "Television gives you that opportunity now with some of the more advanced targeting capabilities."

The presidential race aside, there is plenty of Congressional activity to drive additional spending. Citing findings from the American Association of Political Consultants, Lanzano said there are at least 70 competitive House races, compared to 87 during the 2018 midterm, and 11 in the Senate, a similar level to 2018.

"It's just a flip-flop. More of the races are competitive on the Republican side than on the Democratic side," he said, noting there are only four hot gubernatorial races next year, versus 20 competitive contests in 2018.

Several wild cards also could impact spending levels, notably the impeachment proceedings against President Trump. Beyond that, the entry of billionaires into the race and changes in course from digital companies will impact the ad spend.

Leitzinger said the later a candidate enters the fray, the more spending is required to secure relevancy. He noted that Michael Bloomberg made a $200 billion advertising buy, but he wondered if Bloomberg's TV, radio and digital blitzes could lead to audience fatigue.

As to Tom Steyer, the Democratic activist and hedge-fund manager in the race, Leitzinger estimated his outlays at around $15 million, "a heavy amount" in the year preceding the actual election. Despite those efforts, Steyer remains "fairly unknown," and Leitzinger said he thinks he will have to allocate even more dollars to boost his candidacy.

On the digital side, Twitter Inc. has withdrawn from the political ad sales arena, while Google LLC has announced restrictions. Lieberman said if candidates step back from using digital, that will boost TV even more "because television is brand safe."

Lanzano agreed: "TV by far is most trusted, and the least trusted and the most 'fake news' is social."

Leitzinger said he thinks the digital changes will bump TV's take, but he is not sure to what degree: "I still don't think it'll be enough to impact the 15% increase that we have projected for 2020."