For instance, of the 14 virtual reality content types we presented in both 2016 and 2020, interest in educational content rose from eighth place to fifth place.  Similarly, and also perhaps due to the Peloton trend that has emerged since 2016, in-home VR exercising rose from ninth to sixth place.

And with most parks closed, interest in amusement park experiences has also grown, from 29% of those surveyed in 2016 to 34% this month. 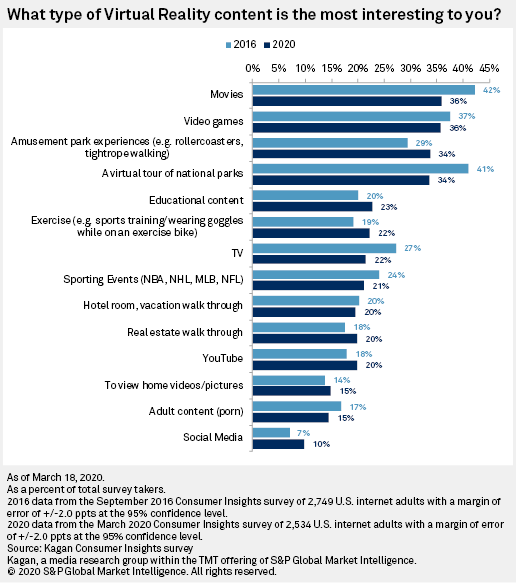 Overall awareness of VR has grown but, according to the two surveys, the number of homes surveyed owning and using VR has remained statistically flat from 1% of the base in 2016 to 2% of the base this year. 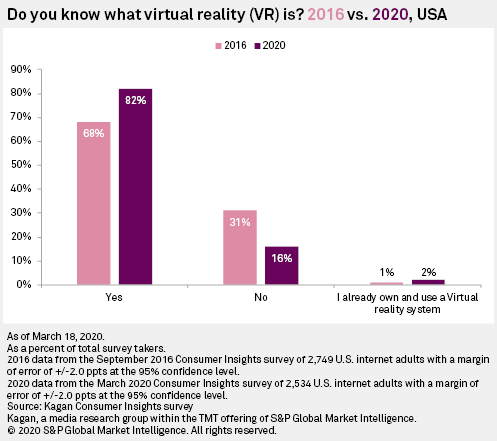 Teenagers, mostly English/some Spanish homes, and HBO NOW subs are the three demographics we sorted by that were the most likely to own a VR system. Video game console owners also ranked high, according to the survey.