Asia And Europe Continue To Dominate The UHD Scene

Only four new unique UHD channels launched worldwide in the first half of 2019, including Lounge TV 4K in Belarus and Czech Republic, Travelxp 4K channel across Asia Pacific, RMC Sport 1 UHD in Mauritius, and UHD broadcasts of Spain's Champion League. Two additional channel launches were announced to happen by the end of the year, including BS NTV in Japan and Globo Comunicação e Participações SA in Brazil. 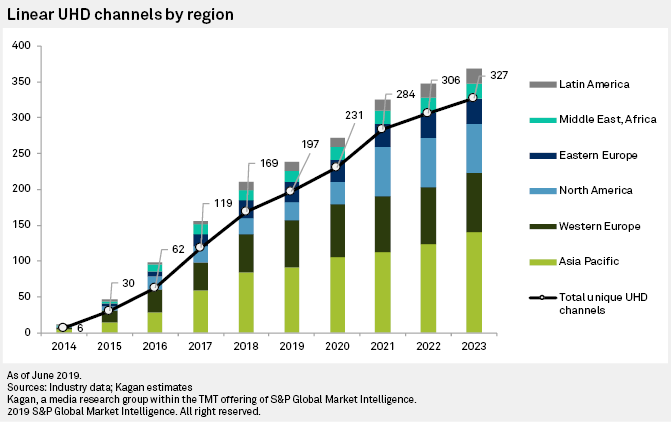 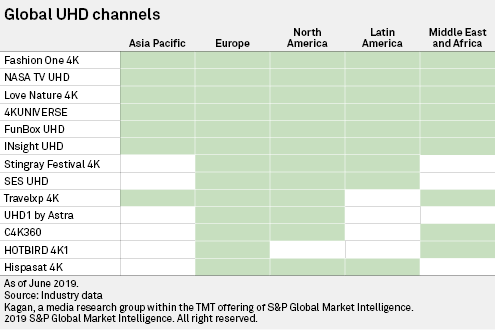 Asia continued to lead the world in the number of UHD channels in operation with a total of 85 UHD channels at the end of the first half of 2019. Europe followed with 73 UHD channels, while other regions lagged far behind. In addition to linear broadcast UHD channels, there are 73 OTT services available worldwide offering UHD content.