US manufacturing recession extends into August as export slide deepens

US manufacturers are enduring a torrid summer. Survey gauges of output and new orders are down to their lowest since 2009 and business confidence regarding the outlook has deteriorated further, linked primarily to an intensifying drop in exports and trade war worries. 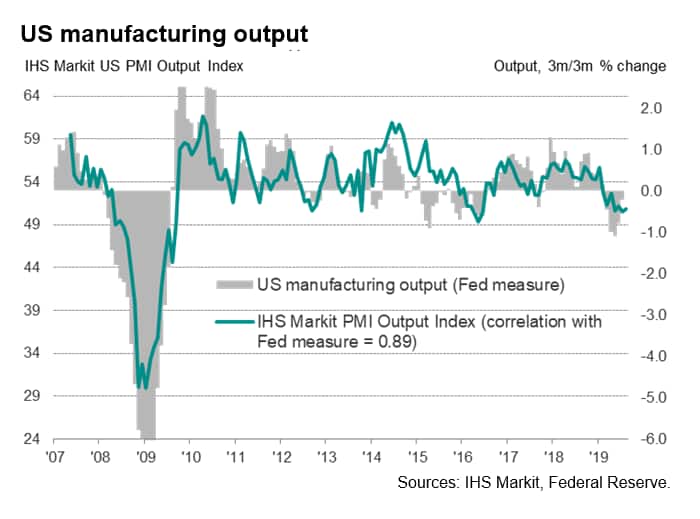 The seasonally adjusted IHS Markit Manufacturing PMI™ posted 50.3 in August, up from the flash reading of 49.9 but still down slightly from 50.4 in July. As such, the latest reading was the lowest since the depths of the financial crisis in September 2009.

Output and order book indices are both among the lowest seen over the past ten years, indicating that manufacturing is likely to have again acted as a significant drag on the economy in the third quarter, dampening GDP growth. At current levels, the survey indicates that manufacturing production is falling at an annualised rate of approximately 3% (-0.8% on a quarterly basis), according to historical comparisons of the PMI data against Federal Reserve production numbers. 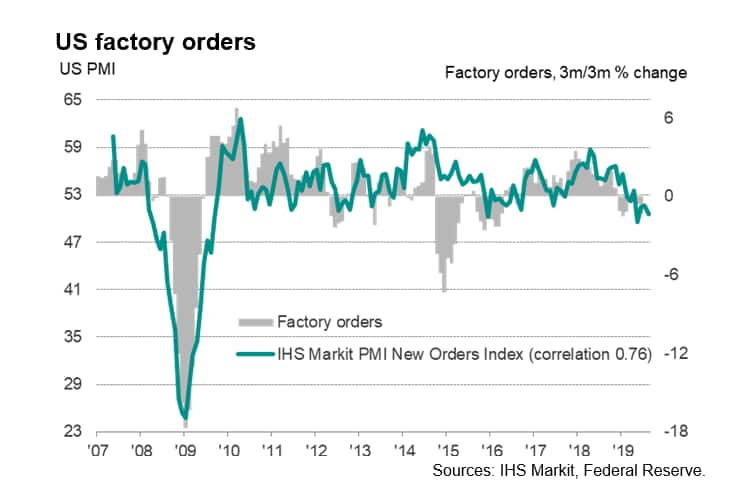 The PMI's output index exhibits a correlation of 89% against official manufacturing output growth and a regression adjusted r-square of 0.79, illustrating the powerful predictive ability of the PMI, which is available almost one month ahead of the official numbers.

If the PMI is correct in signalling a further fall in output so far in the third quarter, production would have now fallen for a third successive quarter, extending the manufacturing recession. So far, official data for the third quarter are only available up to July, which showed a 0.4% monthly decline.

Deteriorating exports are the key to the downturn, with the August PMI showing new orders from foreign markets dropping at the fastest rate since 2009. Many companies blamed slower global economic growth for weakened order books, but also pointed the finger at rising trade war tensions and tariffs. 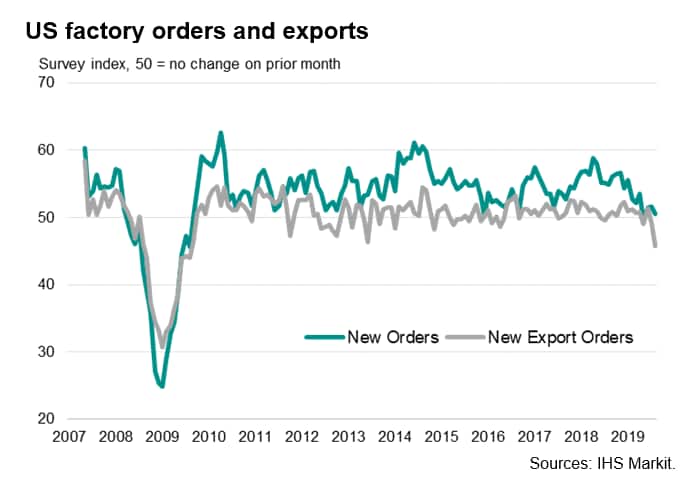 Hiring has meanwhile stalled as companies worry about the outlook. The PMI's only subjective question on optimism, which asks companies about their own projection for output in the year ahead, has slumped to its lowest since comparable data were first available in 2012. Many stated that uncertainty and fears of a global economic downturn weighed on confidence.

The drop in the survey's employment index hints at a worsening of payrolls in manufacturing to the tune of approximately 25,000 jobs being lost per month, which contrasts markedly with the recent upbeat official jobs data available up to July.

Similarly, price pressures are at their lowest for three years, as crumbling demand has removed firms' pricing power. 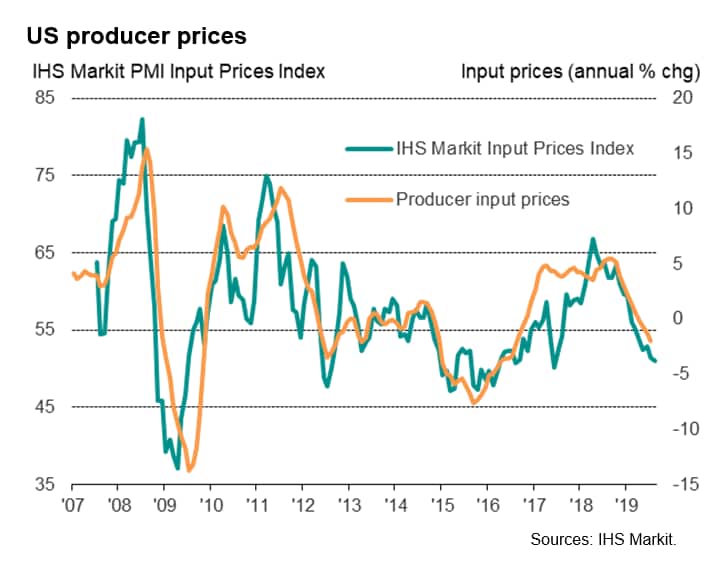 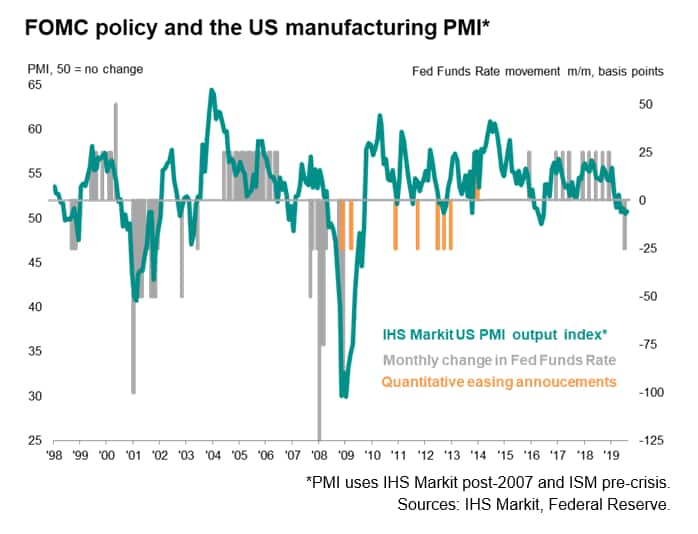