Global economic growth slowed sharply to the weakest for over a year in March. The JPMorgan Global PMI™, compiled by IHS Markit, fell for the first time in six months, down sharply from 54.8 in February to a 16-month low of 53.3. The 1.5 index point drop was the steepest seen for two years. To put the decline in context, while the February PMI reading was consistent with global GDP rising at an annual rate of 3.0% (at market exchange rates), the March reading is indicative of 2.5% growth.

Inflows of new business and backlogs of work also rose to weaker extents than seen in the previous month. Employment growth remained more resilient, easing only marginally from the decade-high rates seen in prior months to suggest that firms continued to focus on expanding capacity to meet rising demand. Future expectations also remained elevated, suggesting that at least some of the slowdown may prove temporary. Bad weather was cited in many countries as curbing business activity in March. 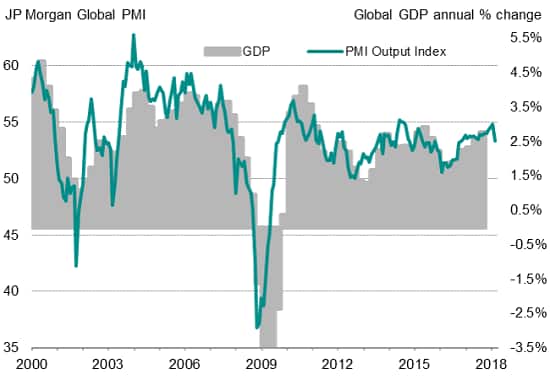 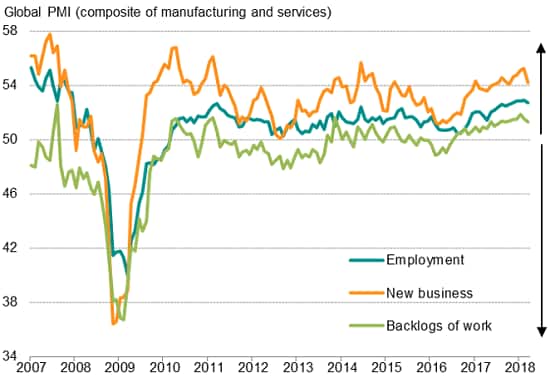