A fourth successive monthly slowing of business activity has taken the pace of expansion to its lowest since January's lockdown, according to the flash PMI for September, while at the same time average prices charged for goods and services are rising at the fastest rate in at least 22 years.

The diverging trends of accelerating price rises and slower output growth will add to speculation as to whether the time is right for the Bank of England to start scaling back its pandemic stimulus.

The September PMI data will fuel worries that the UK economy is heading towards a bout of 'stagflation', with growth trending sharply lower in recent months while prices continue to leap higher.

The IHS Markit/CIPS Flash Composite PMI Output Index, covering both services and manufacturing, fell further in September from its all-time high in May, down to its lowest since the economy revived from January's COVID-19 lockdown. 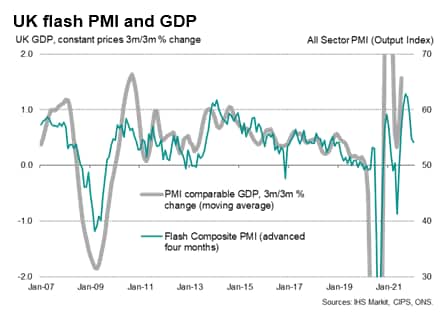 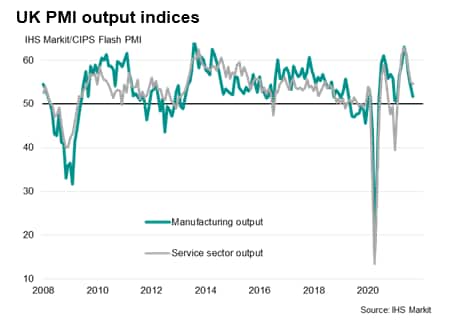 The fourth-successive monthly slowdown has occurred despite virus related restrictions being eased in the UK to the lowest since the pandemic began. However, at the same time virus case numbers have risen amid the spread of the Delta variant, causing disruptions to supply chains and the labour market, as employees have needed to isolate, while also dampening demand.

Thus, while there are clear signs that demand has cooled since peaking in the second quarter, the survey points to business activity being increasingly constrained by shortages of raw materials and labour. 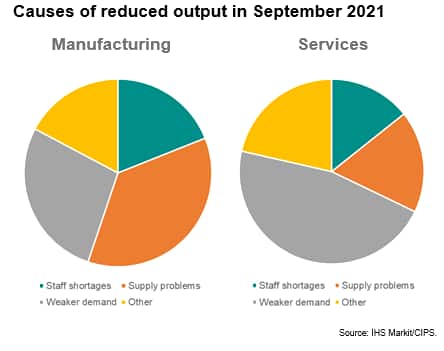 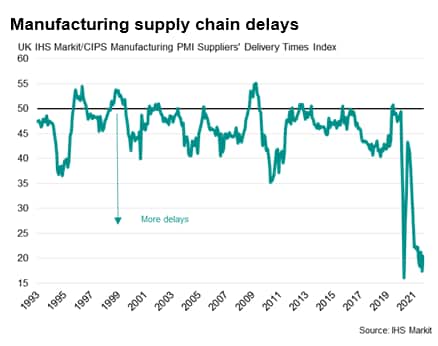 A lack of staff and components were especially widely cited as key causes of an overall fall in output within the food, drink and vehicle manufacturing sectors.

Similarly, many hospitality and consumer-facing service providers reported a slowdown in new order inflows after August's revival, and were often impeded by a lack of staff or high COVID-19 infection rates, curbing the overall rate of expansion alongside a broader slowdown which has hit demand for business and financial services.

Shortages are meanwhile seen as a key factor driving up prices at unprecedented rates, as firms pass on higher supplier charges and increases in staff pay. The flash Composite PMI Prices Charged Index rose to a level surpassing anything seen since comparable data on selling prices were available in 1999, accompanied by another month of near-record input cost inflation. 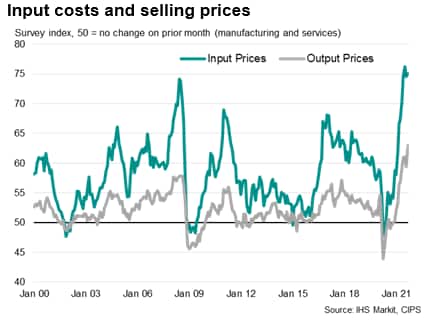 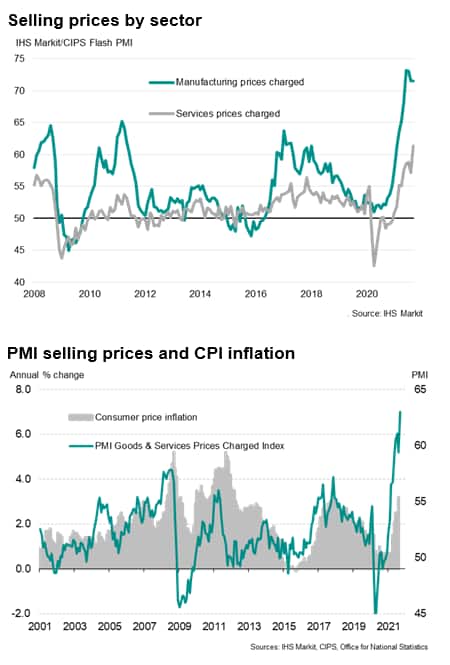 Brexit was often cited as a contributory factor to September's slowdown, exacerbating global pandemic-related supply and labour market constraints, as well as subduing demand for exports. Growth of manufacturing exports slowed and was close to stalling in September, accompanied by near-stagnant service sector exports. More than one-in-three manufacturers reporting reduced export orders explicitly cited Brexit as a contributing factor to the decline. 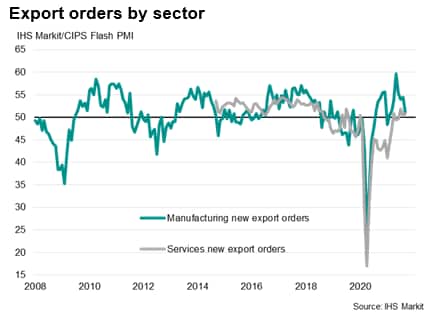 Jobs growth meanwhile slowed in September, constrained by worker shortages but accompanied also by a slowdown of inflows of new business to a seven-month low. Business expectations for the year ahead have meanwhile also fallen to their lowest since January, with concerns over both supply and demand amid the ongoing pandemic casting a shadow over prospects for the economy as we move into autumn. 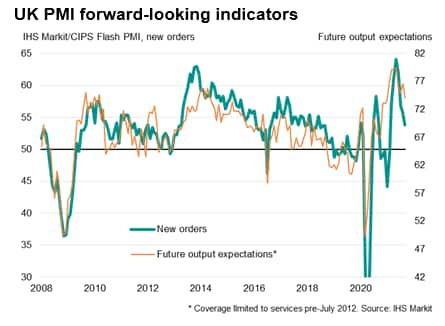 The flash PMI data come at a time when the Bank of England's Monetary Policy Committee is split on whether the time is right to start considering tapering its emergency stimulus. The further acceleration of price growth will add to concerns that the recent bout of inflation is proving less transitory than many suspected, but the slowdown in growth is a reminder of the fragility of the recovery while the pandemic remains a disruptive force on the economy. The conclusion is likely to be one where policymakers sit on their hands, awaiting further clarity on the growth and inflation outlooks. 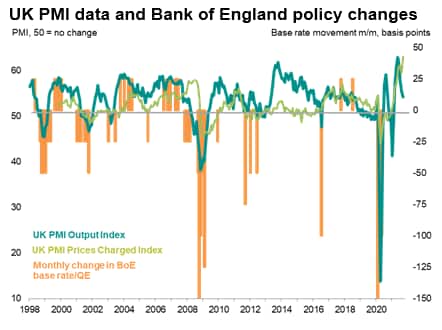