Radio Market Accounts For More Than $248 Million In Q4 2017 Deal Volume While TV Registers Over $500 Million.

MONTEREY, CA, Jan. 02 2018 — U.S. broadcast station mergers and acquisitions volume reached $748.8 million in the fourth quarter of 2017 and closed the year at $8.24 billion, as tracked by Kagan, a media research group within S&P Global Market Intelligence. This is the highest annual deal volume since 2014 and the third-highest since the financial crisis of 2008.

The total broadcast deal volume in 2017 amounted to $8.24 billion, with $3.21 billion in the radio and $5.03 billion in the TV sector. The biggest stories of 2017 were the mergers of Entercom and CBS Corp.'s CBS Radio announced in February and of Sinclair Broadcast Group Inc. and Tribune Media Company announced in April. The deals stand for 80% ($2.56 billion) of the radio deal volume and 75% ($3.76 billion) of the TV deal volume. But even without these deals, the radio market would have registered a 23% higher deal volume than in 2016, while the TV deal market would have grown by 79% compared to 2016, excluding Nexstar Broadcasting Group's merger with Media General Inc. 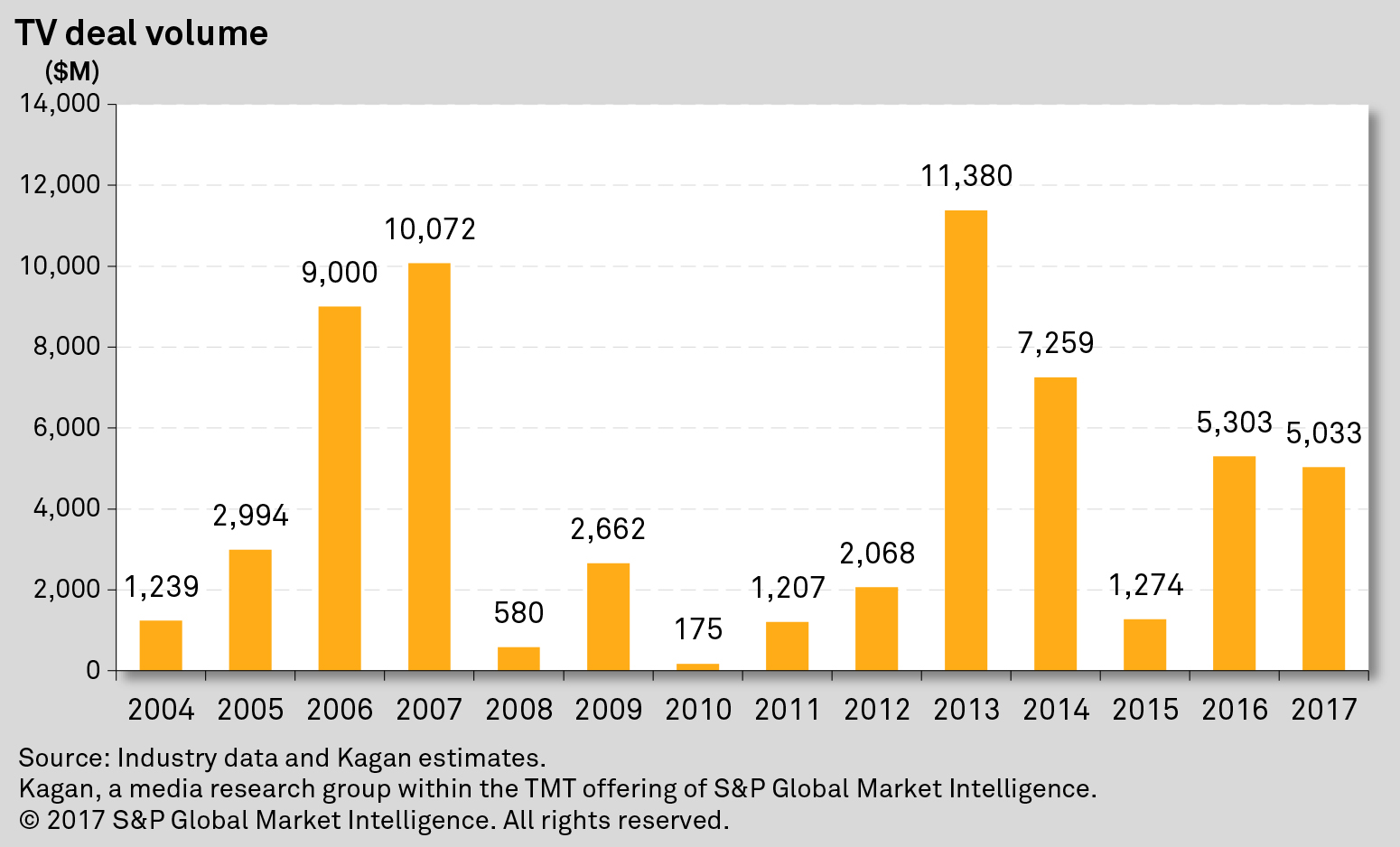 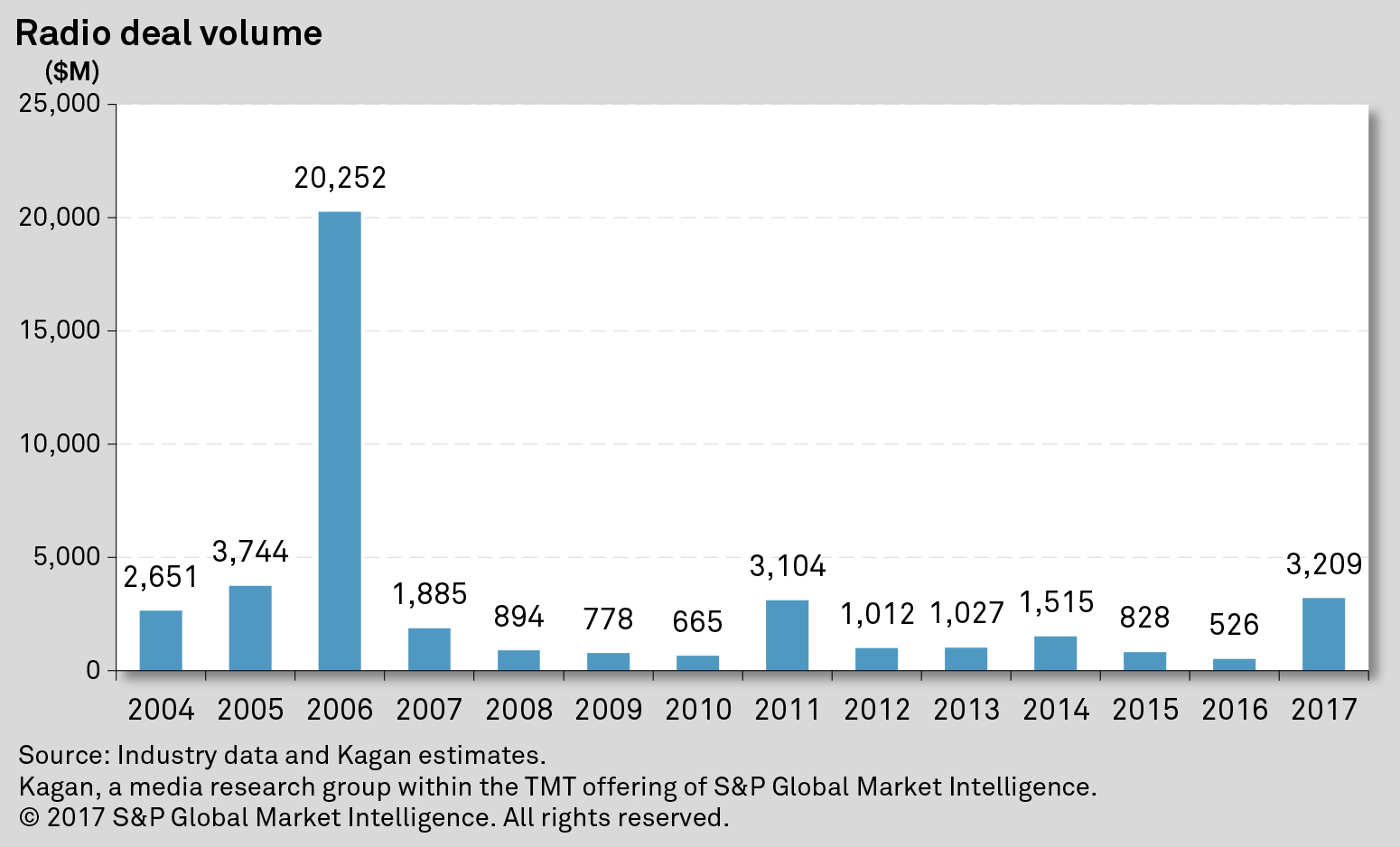