MONTEREY, Calif.,  Apr. 2, 2018 — U.S. broadcast station mergers and acquisitions (M&A) volume reached $311.9 million in the first quarter of 2018, as tracked by Kagan, a media research group within S&P Global Market Intelligence. This is the lowest quarterly deal volume since the fourth quarter of 2016 and one of the four lowest in the past four years.

The quarter's top TV deals involved transfers that became necessary after last year's merger between Tribune Media Co. and Sinclair Broadcast Group Inc. The station count of the new company exceeds FCC caps in several markets. Now, the merged company has transferred Tribune's legacy WGN in Chicago to an entity called WGN TV LLC for $60.0 million. A similar transfer took place in New York, signing over Tribune's WPIX-TV to New York (WPIX-TV) Inc. for $15.0 million. Sinclair has the option to buy the stations back for the same price if ownership rules change. It will still operate the stations through shared services and joint sales agreements. 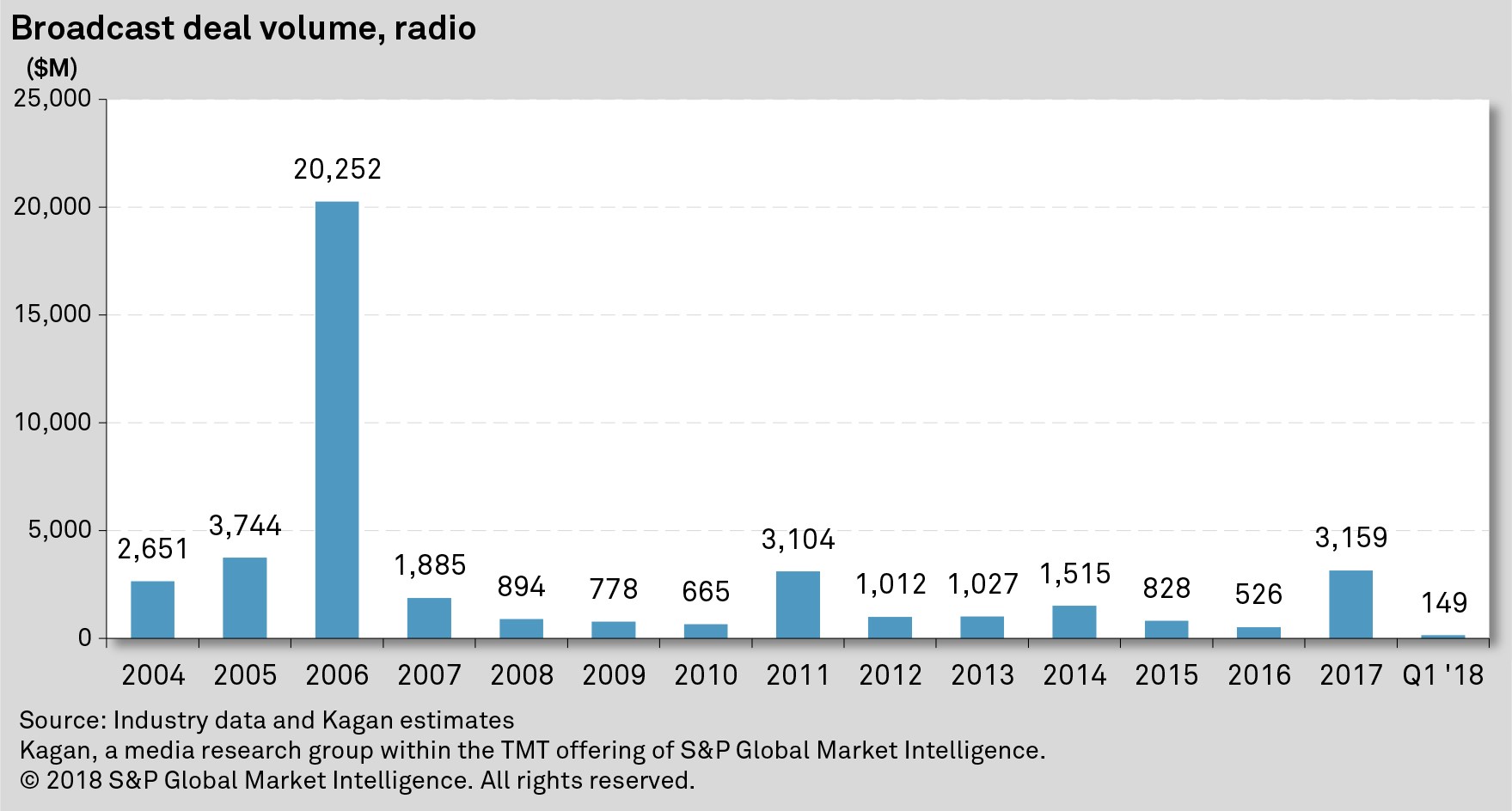 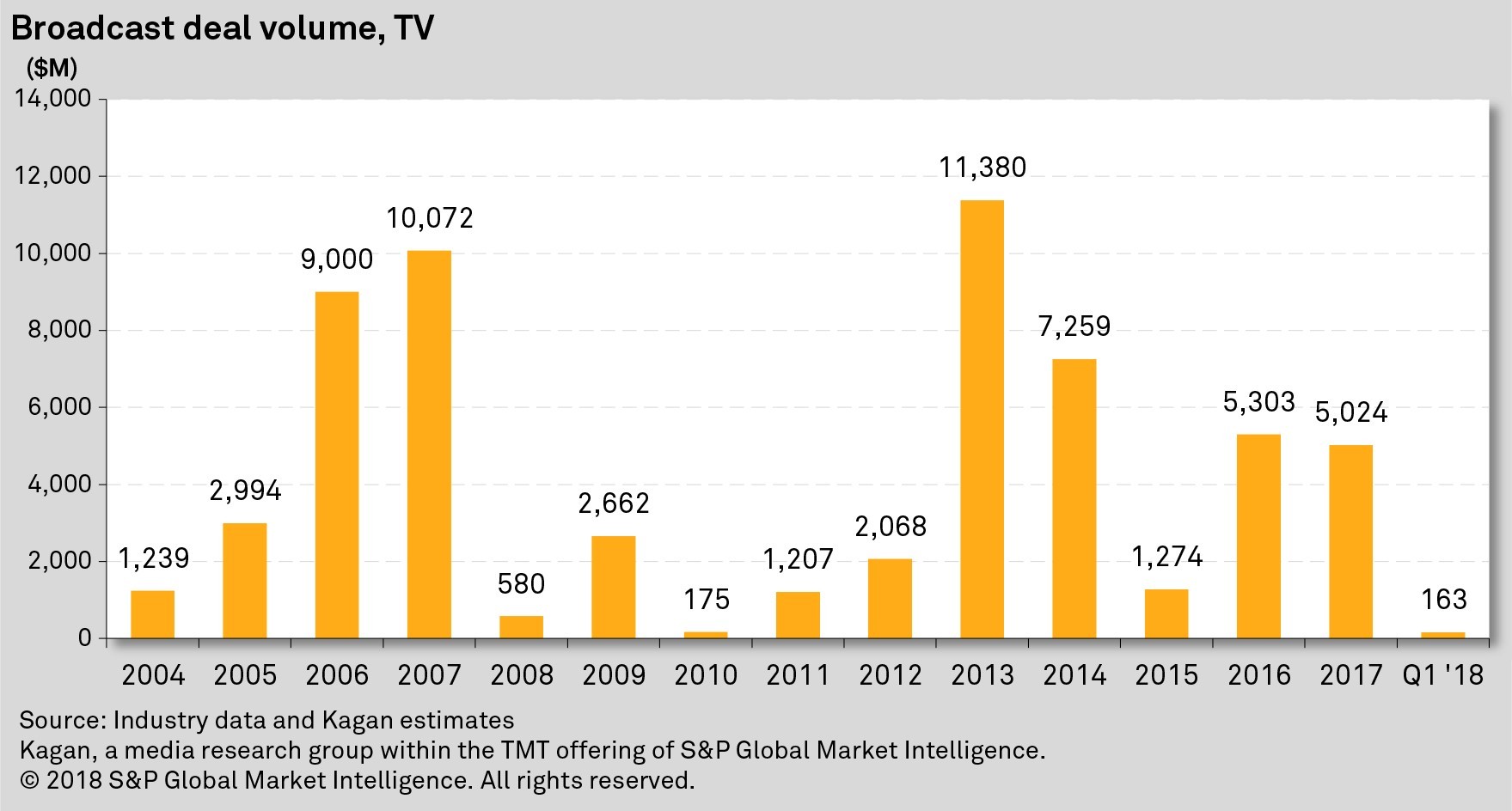 Bayshore Television LLC sold WJAX-TV in Jacksonville, Fla., to Hoffman Communications Inc. for $100,000 cash and the assumption of $12.2 million in debt..

Following the cancellation of the top deal of the fourth quarter of 2017, the intended sale of Merlin Media LLC's last two stations to Cumulus Media Inc., Merlin has found a new buyer for Chicago's WLUP-FM. Educational Media Foundation has agreed to pay $21.5 million for the station, representing the quarter's second-largest radio deal.

In the quarter's third-largest radio deal, Connoisseur Media LLC sold a three-station cluster in and around the Trenton, N.J., market to Townsquare Media Inc. for $17.3 million. Connoisseur also sold a four-station cluster (plus one translator) in the Hartford-New Britain-Middletown, Conn. market to Red Wolf Broadcasting Corp. for $8.0 million.

In the first quarter of 2018 Kagan registered 16 TV deals and 12 radio deals above the million-dollar mark, matching last year's per-quarter average of 28 deals between $1.0 million and $100.0 million. The just-ended first quarter's total of 107 broadcast deals, compared to 70 in the fourth quarter of 2017, speaks to a diverse deal market with increased activity.