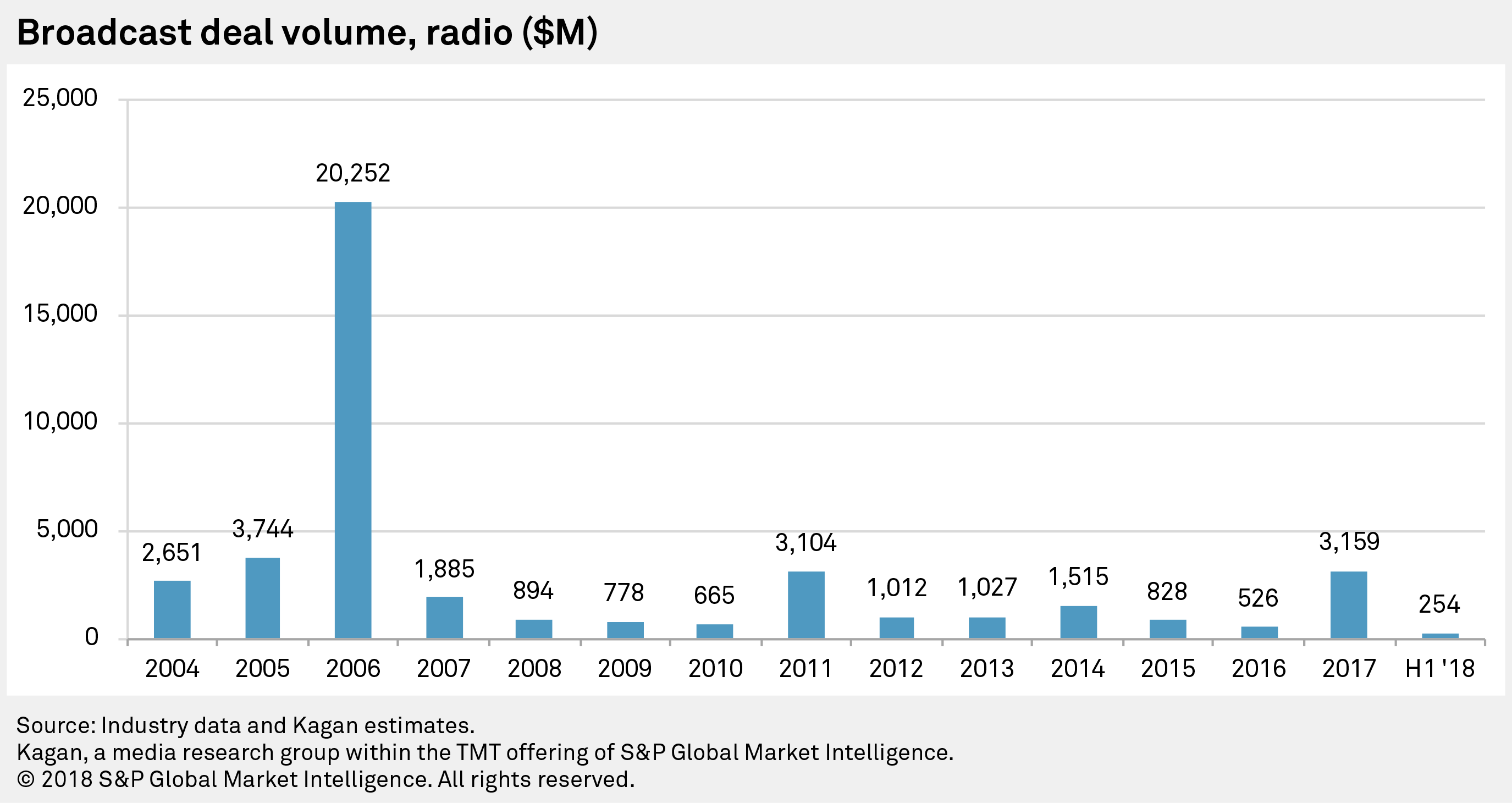 98% of the volume ($5.01 billion) is attributable to TV station sales. On June 25, Gray Television Inc. announced the acquisition of Raycom Media Inc. for $3.65 billion. Including translators, Raycom owns the licenses for 49 full-power and eight low-power TV stations and provides programming for an additional 14 stations. We estimate the value of the TV stations at $3.44 billion, making this the eighth-largest U.S. TV station deal of all time and the largest since last year’s merger of Tribune Media Company and Sinclair Broadcast Group Inc. 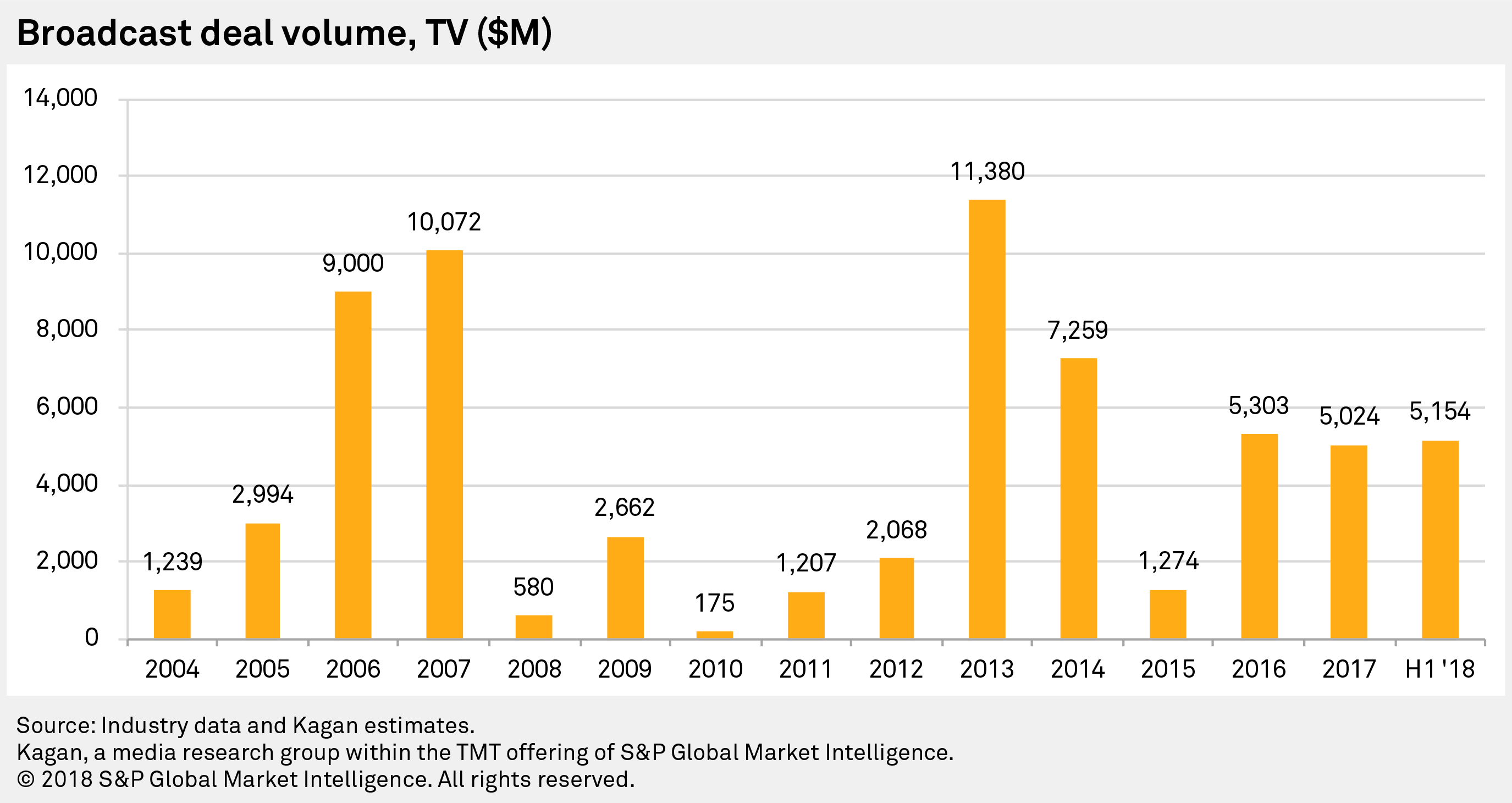 The Sinclair/Tribune merger required a number of spin-offs to comply with FCC ownership caps. After a first station divestiture in March for $60.0 million, 22 more stations were sold to five different buyers in April and May to meet FCC ownership caps. Those five deals were carried out at an average 8.0x forward cash flow multiple, amounting to a total of $1.48 billion.

The largest parts of the spin-offs were the sale of seven stations to Twenty-First Century Fox Inc. for $910.0 million and the transfer of nine stations to Standard Media Group LLC for $441.7 million. In addition, Meredith Corporation bought one station for $65.0 million, Howard Stirk Holdings LLC paid $4.95 million for three stations, and two licenses were transferred to local marketing agreement partner Cunningham Broadcasting Corporation for $60.0 million.

The only other large TV transactions were Gray Television Inc.’s $32.5 million purchase of KDLT-TV in Sioux Falls, S.D., from Red River Broadcast Co. LLC, and the $11.5 million sale of WMDE-DT in Washington, D.C., from Western Pacific Broadcast LLC to WRNN-TV Associates LP.

The quarter's second-largest radio deal was a swap, yielding an estimated total of $16.8 million. Educational Media Foundation (EMF) transferred three FM translators, worth an estimated $2.3 million, to Urban One Inc. EMF also paid an additional $12.2 million in cash for FM station WPZR in the Detroit market.

Aside from those few large deals, the deal market displayed a rather slow pace. Excluding the Sinclair spin-offs and Gray's deal for Raycom, the total deal volume would have been the lowest since the fourth quarter of 2016, amounting to just $185.8 million.