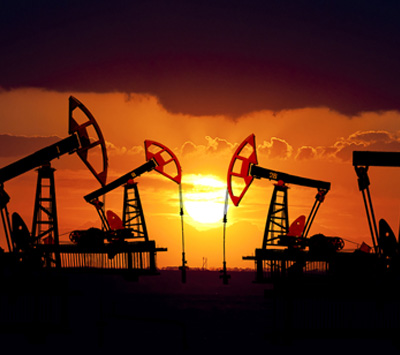 Historic reductions in the price of oil are rocking the global energy industry in the 21st century. Industry leaders, who were already focused on driving efficiency and operational excellence, are now feeling an even greater sense of urgency as they strive to maintain profit margins despite oil price reductions of more than 50 percent.

When global oil prices started to drop in June of 2014, the chief engineer from a global energy company set out to uncover opportunities for lowering costs enterprise-wide. He turned to S&P Global, which had previously provided his company with valuable upstream cost analysis and benchmarking, to do even more to help reduce costs by optimizing its engineering standards for drilling equipment.

The chief engineer knew that a primary cause of higher costs in the oil and gas industry stems from companies writing their own engineering specifications for items such as drilling equipment rather than following industry standards. Over the years, most energy companies replaced or supplemented baseline standards with an ever-growing number and variety of internal requirements. The result is that many companies pay a heavy price for customized parts, products and services – often 20-100 percent more than those who adhere to industry standards.1

Proprietary internal standards typically swell project costs by promoting excessive variances, which lead to unnecessary reengineering – working on a project past the point of adding value – and “gold plating,” e.g. calling for materials that are more expensive and do not provide a meaningful performance edge. Lack of standardization also restricts choice of manufacturers, forcing companies to buy from a certain vendor, who can raise prices to exorbitant heights because other suppliers cannot compete. By January 2015, the World Economic Forum had singled out standardization as one of the most important steps that oil and gas companies can take to cut costs and ensure their supply of high-quality products and services.2

The chief engineer for this oil and gas (O&G) company wanted to reign in suppliers who had been inflating bills due to the complexity of conforming to proprietary standards. Following industry standards would also help his managers cope with a looming shortage of workers with the expertise and experience needed to deal with a multitude of different engineering specifications.

The chief engineer set out to meet these challenges by asking S&P Global to guide his company through a holistic Standards Conformity Assessment Process. S&P Global experts would kick off the project with an onsite workshop that brought together stakeholders from across the O&G company’s global operations. Prior to the workshop, S&P Global analysts modelled the O&G company’s standards to identify design decisions used. Goldfire software to semantically analyze and identify comparable international standards and notable deviations, and interviewed key individuals from the company as part of a carefully structured value engineering exercise to capture cost variances.

S&P Global consultants are true professionals in methodology and problem-solving … Ten minutes into our mentored project workshop, we were already seeing solutions from new perspectives.

At the workshop, S&P Global provided the O&G company’s participants with research that revealed:

These deviations from industry standards exposed their company to risks of non-compliance as well as unnecessary added costs.

Exploring a Case in Point: Casings and Tubing

After the workshop, the chief engineer asked S&P Global to go further to help his team see how (and how much) their company could cut costs by conforming more closely to industry standards. S&P Global agreed to conduct a detailed analysis of the company’s standards for casing and tubing to gain representative insights into the cost of maintaining proprietary standards versus adopting industry ones.

The O&G company’s engineers provided S&P Global with three documents for its internal casing and tubing standards. Armed with a powerful similarity analysis software tool and decades of industry experience, S&P Global experts calculated the company’s standards expenses and prioritized areas for improvement – in terms of cost, reliability and performance attributes such as surface casing collapse and burst strength.

The potential cost savings from closer conformity to industry standards added up quickly. S&P Global experts found that if the average cost3 of casing is $75 to $100 per meter and this company’s well holes are typically 3,000-5,000 meters deep, the total cost of casing/tubing for one well would range from $225,000 to $500,000.

Furthermore, S&P Global experts determined that industry-standard casing materials would meet the company’s performance, reliability and risk-mitigation needs, while costing up to 25% less than the premium casing materials required to meet its current internal standards. As a result, projected cost savings for conformance with industry standards for casing/tubing are up to $125,000 per well. With an estimated 12 new wells each year, this O&G company will save up to $5 million annually on casing and tubing standards conformity, with additional savings on maintenance of existing wells, once they make the changes to their internal standards.

Anticipating the Extended Value of Conformity

Based on the same value-based analysis, the O&G company team also learned from S&P Global that they can realize far greater cost savings by further analyzing their complete set of internal standards in this same manner. These savings include not only material costs, but also a host of other factors ranging from internal and external engineering and contractor hours, inventory management costs, transportation, and labor.

Based again on S&P Global analysis, the chief engineer’s global O&G company could save up to $180 million annually (plus savings on maintenance of existing wells) by implementing the recommendations of the S&P Global analysis across their entire collection of internal standards. The S&P Global Standards Conformity Assessment exercise helped his team quantify and prioritize potential savings so they can move as quickly as possible to make cost reductions that will help their company cope with today’s lower oil prices. As one engineer said, “S&P Global consultants are true professionals in methodology and problem-solving... Ten minutes into our mentored project workshop, we were already seeing solutions from new perspectives.”

S&P Global consultants are true professionals in methodology and problem-solving … Ten minutes into our mentored project workshop, we were already seeing solutions from new perspectives.