The employment rate for STEM educated adults stands at 88%, however only 14% of women studied a STEM field. Promoting higher education in STEM could unlock the earning power of American women.

Compared to men, women's earnings are just 83% of the equivalent male full-time workers. Therefore, women must work an extra 44 days each year to earn as much as their male counterpart does.

A dual-pronged effort of increasing entry and retention of more women to the American workforce, particularly those professions traditionally filled by men, represents a substantial opportunity for growth of the world’s principal economy, with the potential to add 5%-10% to nominal GDP in just a few decades.

One option to consider is a Congressional Budget Office (CBO)- like “score” on the impact legislation would have on the economic feasibility and accessibility to the workforce for women. A simple, objective, nonpartisan measure that would equip lawmakers with the requisite tools to assess appropriate proposed legislation and its impact on women in the workforce. A score that evaluates the impact of a bill on how many female workers would choose to remain in the workforce, one that helps measure how the cost of working compares with the income from that job.

While gender plays a significant role in workers’ vulnerability, the biggest determinant is education—an area that S&P Global believes is the springboard for women’s progress. Specifically, promoting higher education in STEM (science, technology, engineering, and math) fields and other areas conducive to careers traditionally pursued by men is the key that could unlock the earning power of American women.

How many Alberta Einsteins or Carla Sagans in STEM (science, technology, engineering, and math) research have we missed because we didn’t offer opportunities for them to develop their skills? A concerted effort to create such openings for girls to explore fields normally considered to be the boys’ domain would help not only further narrow the gender wage gap, but would move the needle on productivity growth, which today is seen as painfully slow. 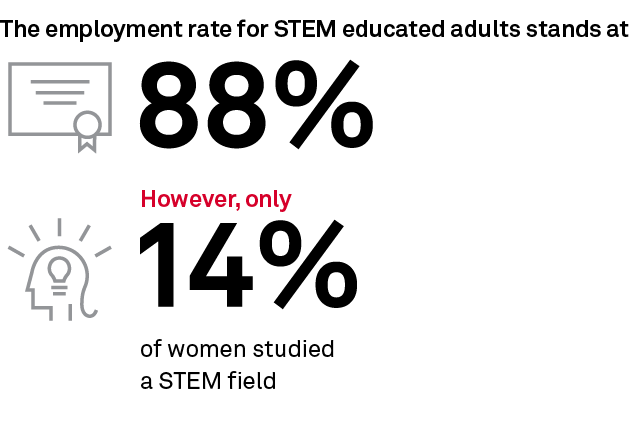 Many women are all too familiar with the “glass ceiling” that keeps them looking up at similarly (or less-) qualified men in positions above them. Add to this a wage gap that, while narrowing, stubbornly persists. 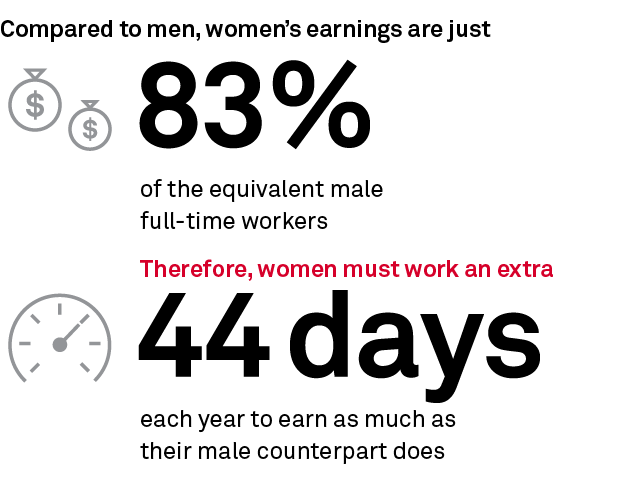 But maybe the most important benefit is the economic freedom enjoyed by women in the workforce. To be sure, many women (and a growing number of men) make the admirable decision to stay at home, raising children and running households. Still, others may feel they have no choice, given the often high hurdles they must clear to do so—not the least of which is societal pressure. 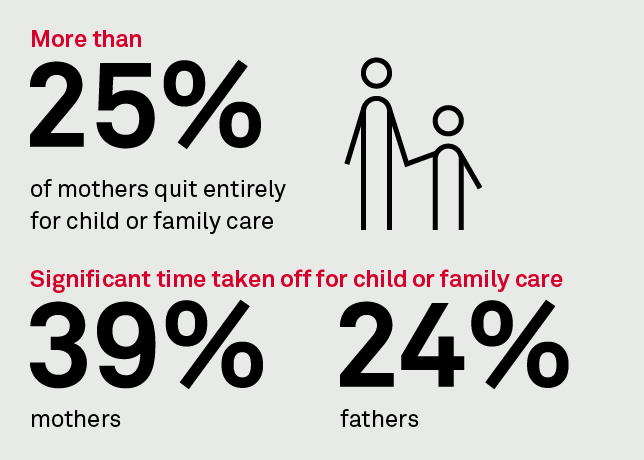 On top of giving the U.S. economy a sorely needed shot in the arm, increased labor participation among women would have knock-on effects that, while perhaps not quantifiable, are no less significant. For example, women are more likely than men to invest a large proportion of their household income in their children’s education—and so, as those children grow up, their improved status benefits society and the economy. 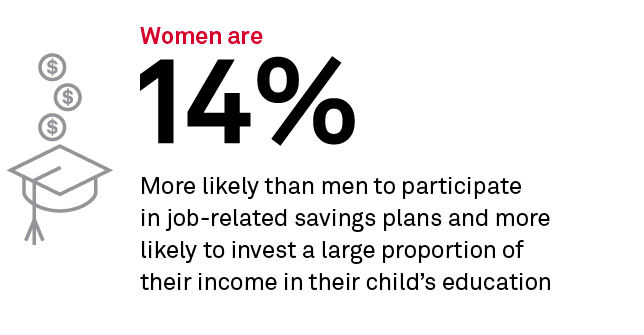 Looking beyond the part-time, and the short-term.

But we should not simply charge ahead without due consideration. As Yellen pointed out in her May 5 speech at Brown University, policies often entail tradeoffs. In other advanced economies, she noted, women are more likely than American women to be employed part-time—and while this may reflect their ability to arrange more flexible schedules and spend more time with their families, it comes at the cost of unbridgeable wage disparity and limited opportunities for advancement. This raises the question of whether policies designed to help women work can have unintended consequences.

Nonetheless, there must be change, and all indications certainly suggest that society recognizes this time in history as ripe for a serious overhaul in relation to gender accessibility to the workforce. This journey begins with a fundamental rethinking of policy (and policy tools) that must break through the structural short-termism of politics and look beyond simply supporting women with family obligations—a cultural privilege in a wealthy country such as the U.S. Pursuing short-term, temporary measures—especially those that leave ideas, innovation, productivity, and perspective on the sidelines—is simply a shortcut to stimulus, not a roadmap for change. If we want to spur the pace of growth in the world’s biggest economy to its potential, underutilization of our greatest economic resource is no longer a viable option.

Ultimately, the thing that will bring the most to change our culture is... having more women with more power.