Saudi Oil Attack’s Direct Impact on U.S. May Be Limited


Saudi Oil Attack’s Direct Impact on U.S. May Be Limited

An attack on Saudi Aramco‘s  oil processing facilities at Abqaiq and Khurais may cut production by as much as 5.7 million barrels of oil per day, equivalent to around half of the country’s production and around 5% of global output. The U.S. government may respond with releasing oil from the Strategic Petroleum Reserve, according to the White House, which as at Sept. 12 held 644.8 million barrels of oil – ie equivalent to 113 days of lost output from Saudi Arabia.

It’s important not to overstate the direct impact of the Saudi outage on the U.S. oil market. Panjiva data shows that while Saudi Arabia accounted for 150 million barrels of supply to the U.S. in the 12 months to Jul. 31, that was only equivalent to 6.9% of all imports.

Furthermore, the U.S. has been exporting the equivalent of 946 million barrels over the same period. The U.S. could also draw on alternative sources of oil – though the grade of oil matters massively. That would be a welcome source of extra export revenues for both the U.K., which has relied on oil for its export growth recently as outlined in Panjiva’s research of Sept. 10 as well as Mexico.

SAUDI’S RELEVANCE TO THE U.S. HAS BEEN IN DECLINE 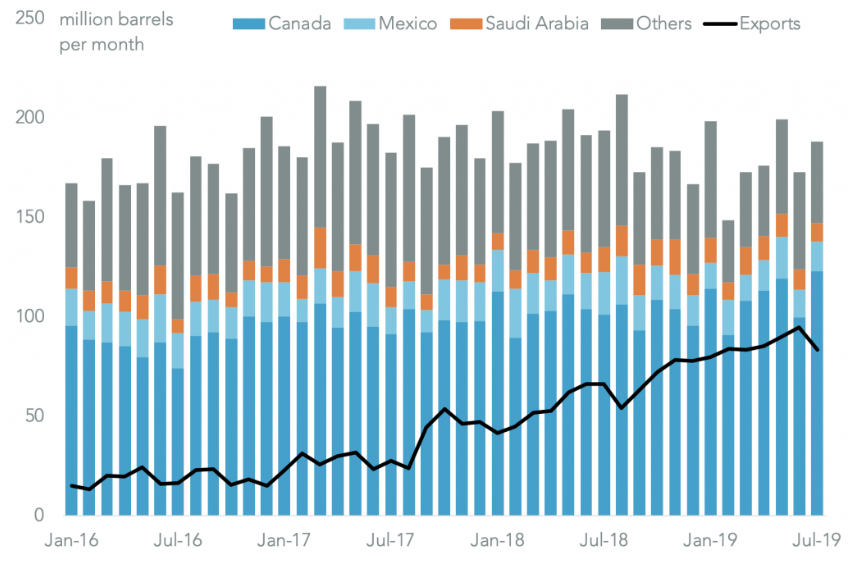 The availability of the precise grades of oil may have a negative impact on specific refiners though who may have limited alternatives and / or need to retool their refineries to handle different grades. Saudi Aramco’s refining division, Motiva, may have shipped 6.7 million tons of crude oil in the 12 months to Aug. 31 into the U.S. according to Panjiva’s shipping data.

There may also be challenges for refineries in California, Reuters reports, including those owned by Chevron as they are more reliant on oil delivered by sea rather than from U.S. sources. Among other major importers of oil from Saudi Arabia were Marathon Oil with 1.98 million tons, Phillips 66 with 1.70 million tons, and Exxon Mobil with 1.53 million tons. 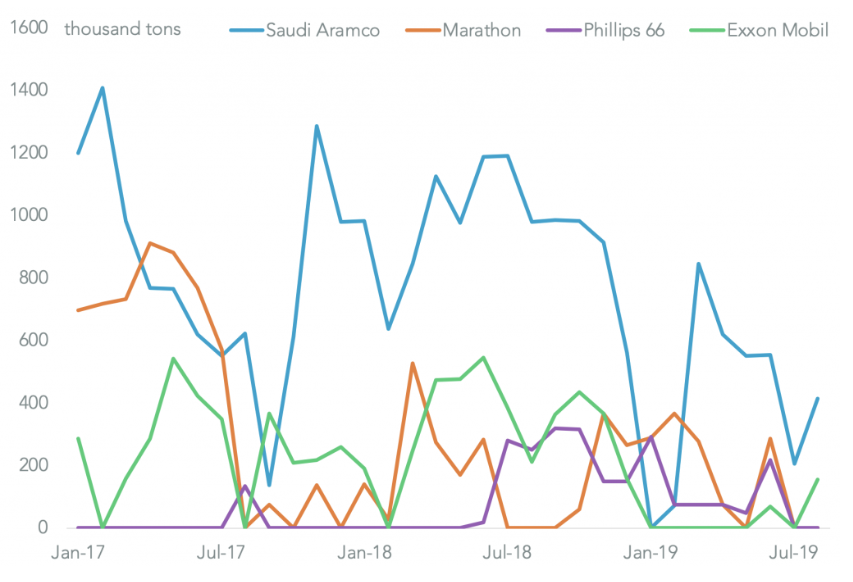