The Essential Podcast, Episode 61: Quite a Bit More Disruption — Supply Chains Under Stress

A new economic model for the climate change era

How human rights are moving up the agenda for businesses, investors


Peak oil is coming, it’s just a question of when: Fuel for Thought

October marks a historic but largely forgotten moment in the history of the oil sector, and something which is unlikely to ever be repeated if forecasts for the demise of the world’s most valuable fossil fuel prove accurate.

Fifty years ago, BP – then known as British Petroleum and state-owned – discovered oil off the coast of Scotland in the once mighty Forties field with the help of a GBP370 million loan. The financing would be equivalent to GBP5.5 billion ($7.16 billion) in today’s money from the then cash-strapped government of Harold Wilson.

In its heyday during the late 1970s, the cluster of wells located 110 miles off the coast of Aberdeen was producing well over 500,000 b/d of high-quality crude. The prolific field, which once made the North Sea one of the world’s most important petroleum basins, has pumped over 2.4 billion barrels of oil in its lifetime, and its current operator Apache believes it could still be producing in 20 years.

However, the more pertinent question the North Sea and the global oil industry as a whole now face is will there still be a growing market to justify investment into producing this black gold in 2040 and beyond?

Peak demand for oil is certainly approaching, but opinion is divided about the timing of its arrival. BP foresees in one of its scenarios a dramatic decline in consumption on the horizon and has warned “peak oil” is already upon us. Its most aggressive forecast expects global demand to halve to 55 million b/d by 2050 if governments and consumers adopt uncompromising energy transition policies to address climate change. 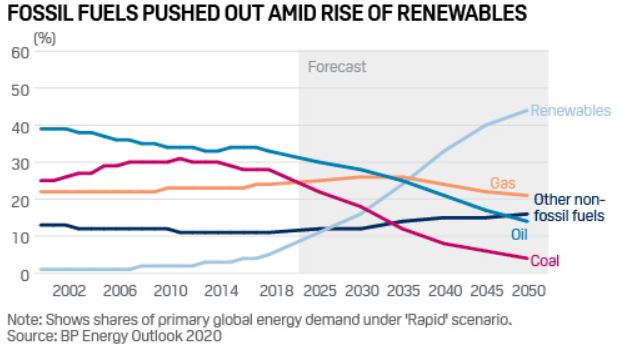 But BP’s doomsday estimate for the future of the oil industry isn’t shared universally.

OPEC, the cartel of producers led by Saudi Arabia, now in control of a third of the world’s oil, is more sanguine on the subject. The organization in its recently released World Oil Outlook expects demand to only level off by 2040, with crude consumption set to peak at just over 109 million b/d before declining gradually thereafter.

Although OPEC doesn’t deny the risks of climate change, it expects major consuming countries such as China and India, along with other developing regions, to continue burning and processing fossil fuels for decades after the internal combustion engine is legislated off Europe’s roads by a barrage of carbon-reducing policies and taxes. 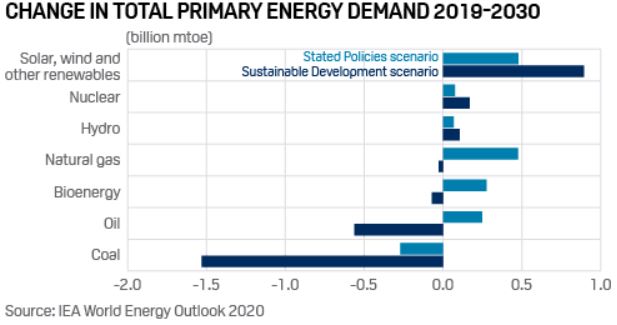 By comparison, S&P Global Platts Analytics in its latest forecast sees oil demand peaking at 115 million b/d in 2041, then falling very gradually to 112 million b/d by 2050.

“For both long-term global oil demand and supply, the impact of COVID-19 is a decided step down, but not a step change; that is not enough to alter the trajectory of the oil market enough to meaningfully bring forward the peak in oil demand or align oil sector CO2 emissions with a 2-degree warming target,” Platts Analytics wrote in a recent report.

Of course, there are many variables that could stretch out the world’s oil era for many more decades to come.

The United Nations estimates the world’s population will grow by a further 40% to hit more than 9 billion people by 2040. Demographics are likely to underpin rising demand for global commodities, including crude and its many byproducts such as plastics and petrochemicals, unless there is a comprehensive international accord legally binding all nations to restrict consumption.

Technological breakthroughs in the capture of emissions, or generation and storage of renewable energy beyond conventional batteries may also alter the outlook for oil.

A more immediate threat to the future longevity of the oil industry, especially aging basins such as the North Sea, may be the dramatic drop in investment caused by a mixture of low prices and a reluctance to pump more cash into a sector blamed for climate change and haunted by peak demand fears. OPEC , which has pinned a date on peak oil for the first time, still believes the industry requires an immense $9.9 trillion of investment to meet future demand by 2045, when by its own analysis consumption could be in decline.

By then, the last drop of profitable oil may have been drained from the Forties field , if BP ’s glum predictions about the decline of the oil market are correct.