Modi Prioritizes Farmers, “Make in India” As RCEP Progresses Into 2020


Modi Prioritizes Farmers, “Make in India” As RCEP Progresses Into 2020

Yet, the RCEP is neither signed – the ASEAN+3 has stated that there is a “view to signing the agreement in 2020” or does it contain India any more – though it does still include significant coverage with China, Japan, South Korea, Australia, New Zealand and the ASEAN states.

The impetus to complete a deal may have come in part due to the parlous state of Asian exports. Most recently. the Philippines has seen a 2.8% year over year drop in exports in September, Panjiva’s analysis of official data shows.

That was the first decline after five months of growth and was broad-based with exports of computers down 4.1%, shipments of capital goods down 20.0% and exports of chemicals having slumped by 46.2%. 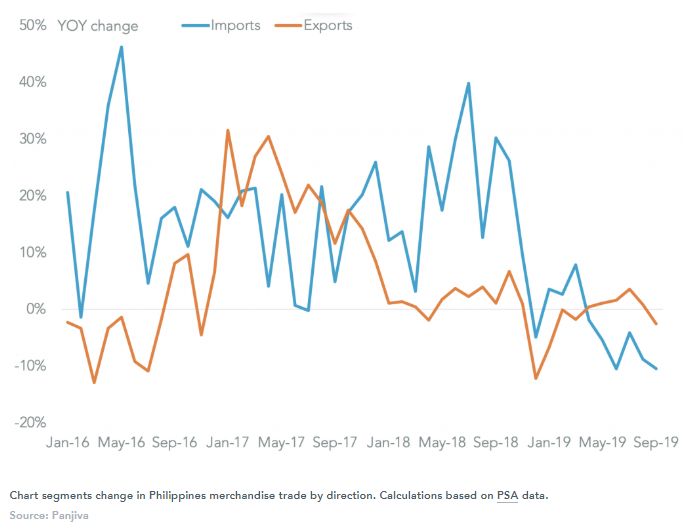 When adding Malaysia’s 7.8% slide, Panjiva’s analysis of S&P Global Market Intelligence data shows exports across Asia fell by an average of 4.0% year over year in September. In a global context there was a 2.9% slide in exports across 26 countries that have already reported data for September. That would bring the third quarter decline for Asia to 2.3% and the global average to a 2.0% slide. Both had already fallen with exports from Asia down by 2.6% and globally down 2.0% in 2Q. 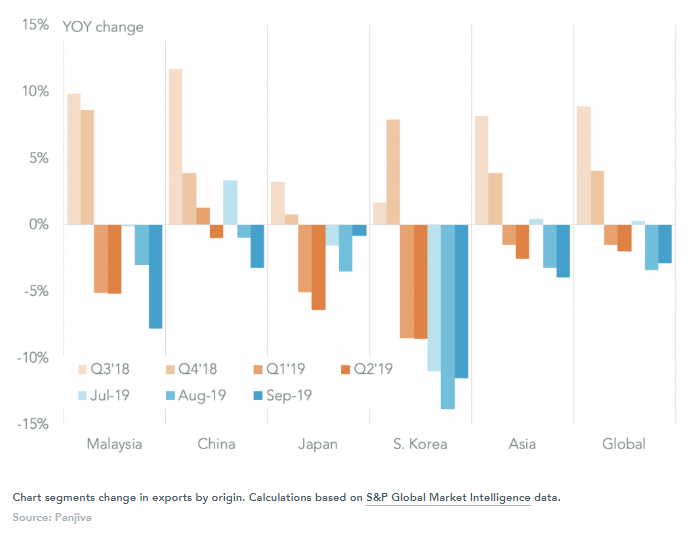 The absence of India from the RCEP isn’t a big surprise. As outlined in Panjiva’s 4Q Outlook, the Indian government has continued to have an active, tariff-based trade management policy, also known as “Make in India”. Prime Minister Modi has stated the deal reached by the other 15 nations “does not fully reflect the basic spirit and the agreed guiding principles of RCEP“, Economic Times reports. Modi’s statement makes it likely that India will return to the fold, even though Japan’s government is attempting to bridge the gap with India’s concerns, Bloomberg reports.

Aside from manufacturing tariffs, there may also be concerns in India about the impact of tariff reductions on the agricultural sector. Panjiva’s data shows India is already a net importer of agricultural products from the RCEP. Total imports from RCEP were worth $11.0 billion in the 12 months to Jul. 31, compared to exports of $8.1 billion. Furthermore imports rose 1.7% year over year in the past 12 months, while exports fell 18.2% over the same period.

Imports are dominated by palm oil, including shipments worth $1.02 billion by Adani Wilmar and $386 million by PT Sinar Mas from Malaysia and Indonesia. Moves by the Indian government to use tariffs to restrict palm oil imports may have been the last straw in the RCEP process. 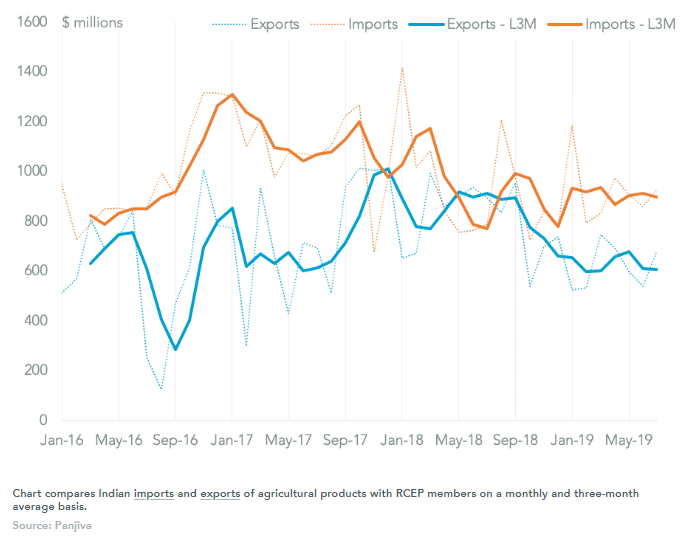