LG Electronics Leads Growth as TVs Get Ever Bigger At CES


LG Electronics Leads Growth as TVs Get Ever Bigger At CES

The CES trade show has brought the latest crop of ever-larger, ever-more detailed televisions, CNET reports, with a rollable set from LG Electronics, “The Wall” and a rotating screen from Samsung Electronics and a more conventional 85-inch 8K model from Sony.

As TVs get bigger and more complex, the manufacturers also face tough decisions regarding their supply chains. That’s being driven in part by evolving trade policy between the U.S. and China.

For example, Panjiva’s analysis shows that U.S. imports of TVs and monitors from China fell by 42.3% year over year in November as a result of list 4A tariffs. Those will remain in place through 2020 and potentially beyond even though the tariff rate will be cut to 7.5% from 15.0% once the phase 1 trade deal is put in place, as outlined in Panjiva’s research of Jan. 8.

TARIFFS TAKE A TOLL ON TELEVISIONS 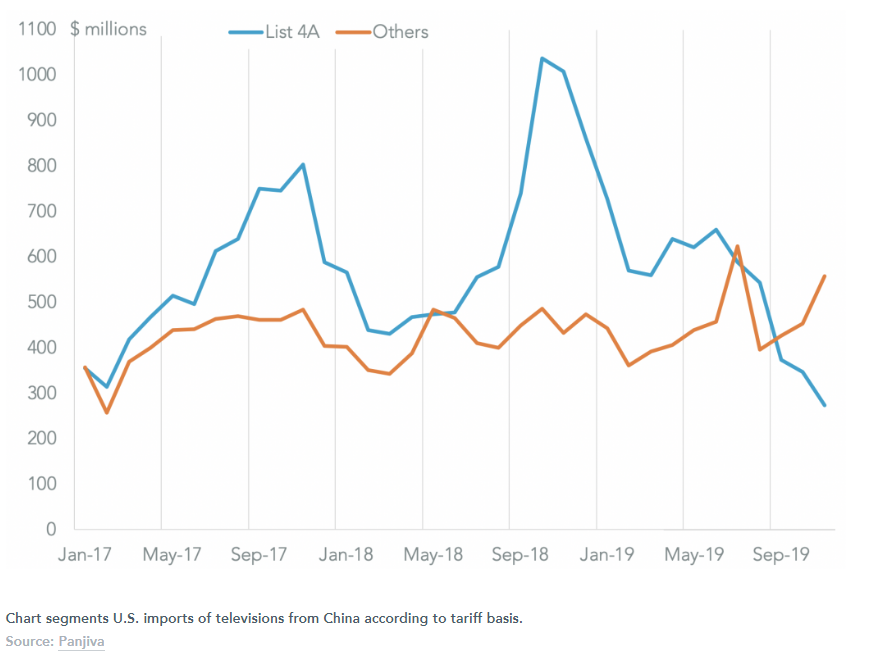 Importers have instead switched to supplies from Mexico. Panjiva data for total U.S. imports from China show that shipments from Mexico climbed 17.5% year over year in the three months to Nov. 30 and now represent 49.7% of the total.

MEXICO TAKES OVER FROM CHINA AS LEADING U.S. TV SUPPLIER 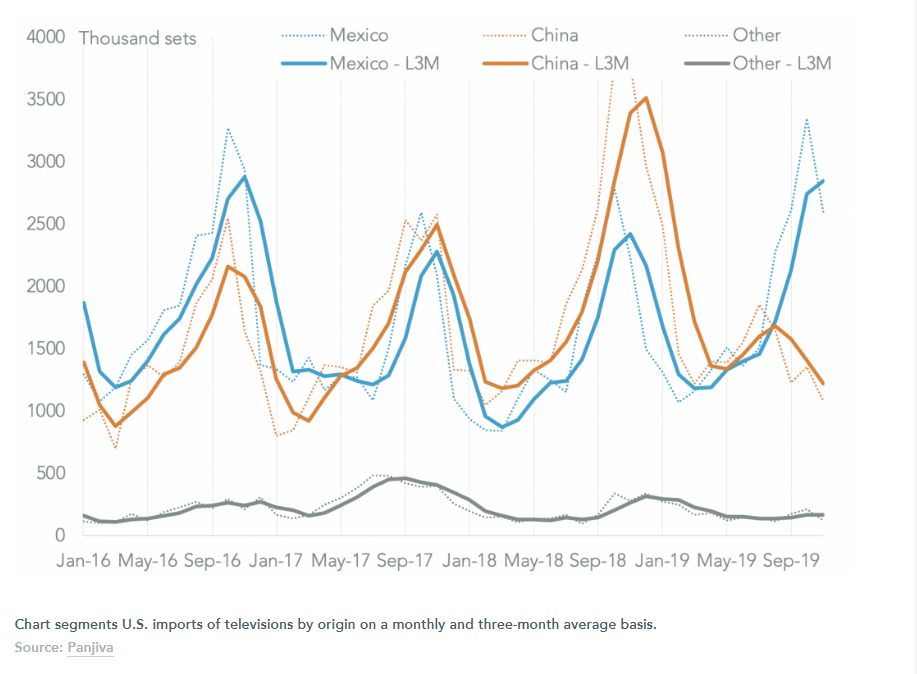 The largest exporters from Mexico to all destinations in the 12 months to Nov. 30 were Samsung Electronics and LG Electronics with $4.09 billion shipped apiece. In third place was Sony with shipments worth $1.29 billion.

There was a surge in exports from LG of 27.8% year over year in November after a downturn in 3Q. Samsung had a more modest 3.6% growth after a slump in 3Q while Sony is the outlier with a protracted downturn which reached 24.4% in November.

LG, SAMSUNG CONTINUE TO SET A COURSE FOR TV GROWTH 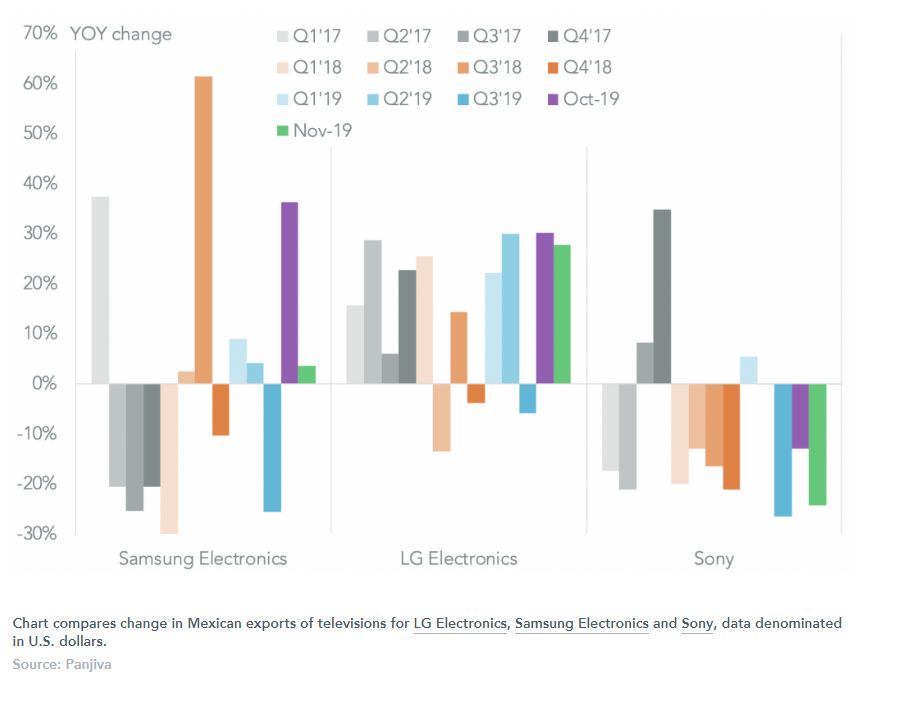