The Indian government has ordered a residential lockdown for 21 days from March 25, CNN reports. That’s likely to have a severe impact on manufacturing including downstream supply chains. There are already signs of disruptions to the logistics industry with Indian ports declaring force majeure and cutting activities according to S&P Global Platts.

Panjiva data shows the largest Indian export lines in 2018 were energy – in particular refined fuels – worth $44.8 billion or 14.1% of the total after a 34.0% surge compared to 2017. Those shipments will likely already be in decline in dollar terms as a result of the collapse in the oil price. That was followed by precious metals as 12.4% as part of significant bilateral trade linked to household stores of wealth. Among manufactured goods apparel and textiles represented 6.6%, machinery 6.4% and vehicles (autos and capital) 5.7%.

ENERGY LEADS INDIAN EXPORTS BOTH IN SCALE AND VOLATILITY 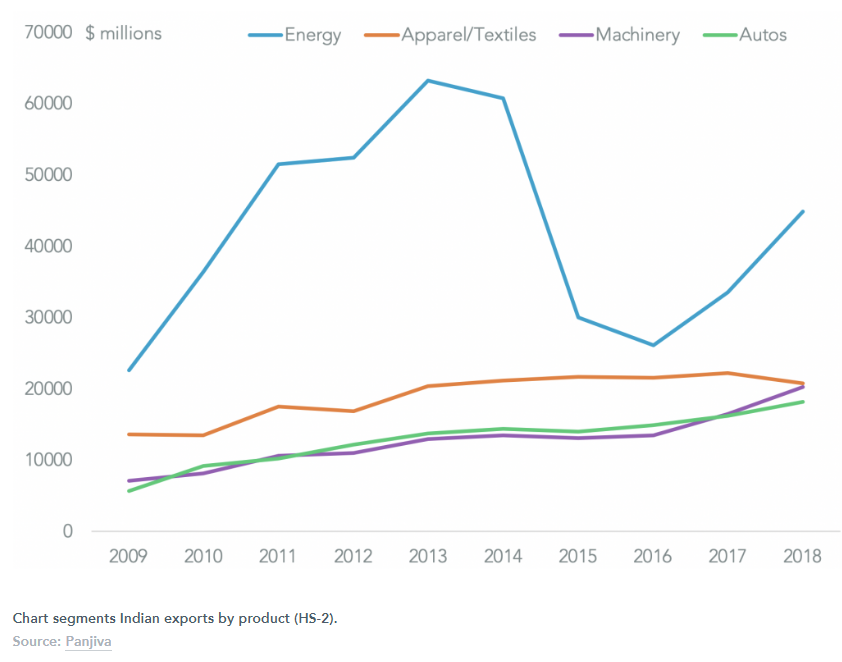 In terms of U.S. imports the most exposed industry is vehicle chassis (HS 8706) where 72.3% of imports came from India in 2019, Panjiva’s data shows. Among the most exposed firms to vehicle chassis imports has been Deere & Co., as discussed in Panjiva’s research of March 25. Among consumer goods, India represented 32.1% of U.S. imports of carpets and 16.0% of textiles. 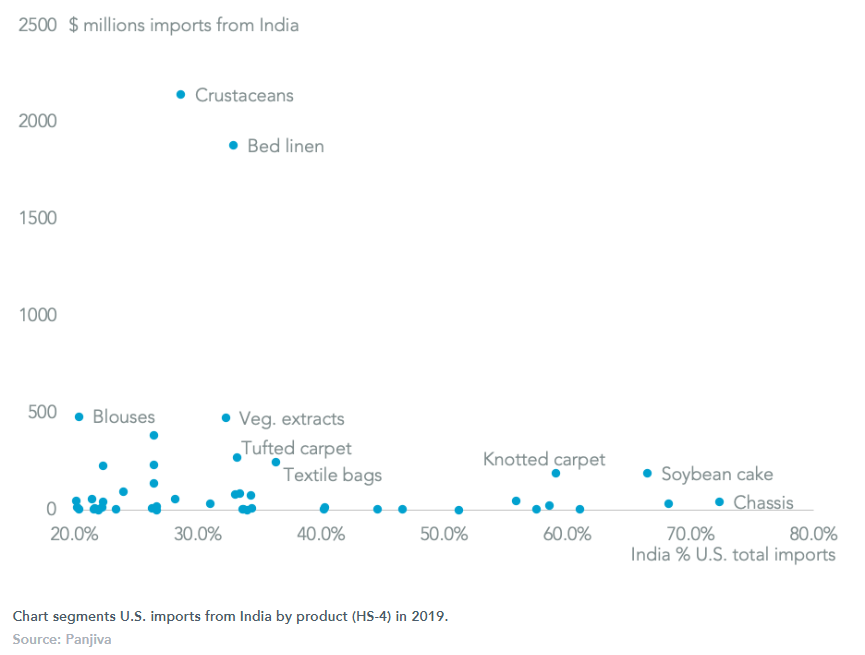 The largest import to the U.S. by value is pharmaceuticals. While India only represented 9.4% of total U.S. pharma imports the supplies are concentrated in generic pharmaceuticals. As flagged in Panjiva’s March 4 report there was already a set of export restrictions imposed on a narrow range of drugs.

Leading seaborne shippers from India in the 12 months to Feb. 28 that have ramped up their shipments include Cadila – shipments associated with which rose by 80.4% year over year in January and February combined – as well as Dr. Reddy’s with a 65.7% surge and Amneal with a 58.8% increase. Not all shippers have boosted their supplies though, for example shipments linked to Aurobindo and Alkem fell by 18.9% and 27.0% respectively.

INDIAN DRUG SUPPLIES HAVE CONTINUED TO GROW AS CHINA, EUROPE CUT BACK 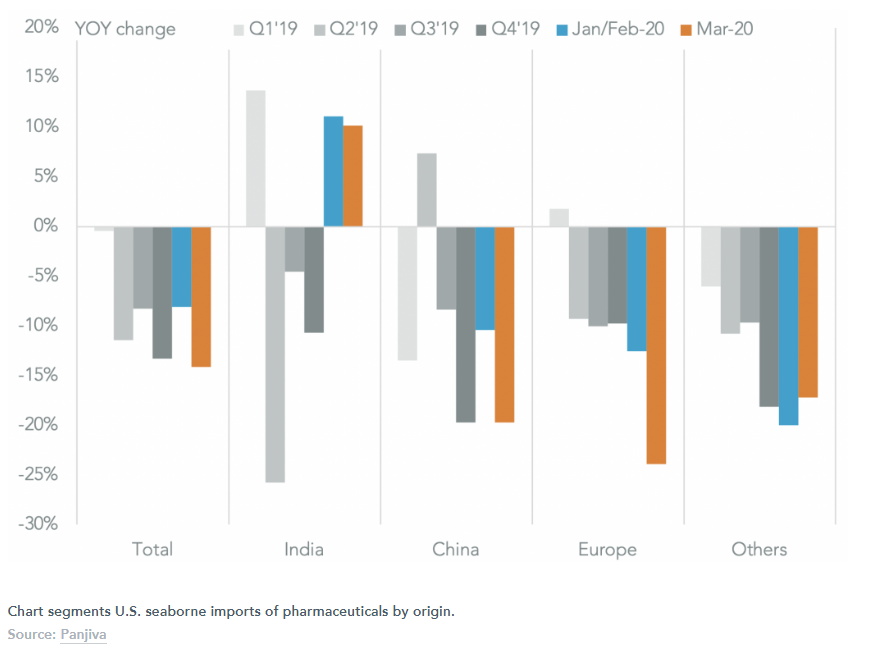