Global trade returned to the bad times before the worse times


Global trade returned to the bad times before the worse times

Global trade activity fell by 2.0% year over year in January, Panjiva’s analysis of CPB World Monitor data shows, led by a 2.6% slide in global exports. That followed an improvement of 1.1% in exports in December which had ended a run of declining volumes in most of the second half of 2019. The dip was driven by an 8.8% slump in exports from China, though none of the major regions saw an improvement with the U.S. down 1.3% and Japan off by 2.3%. 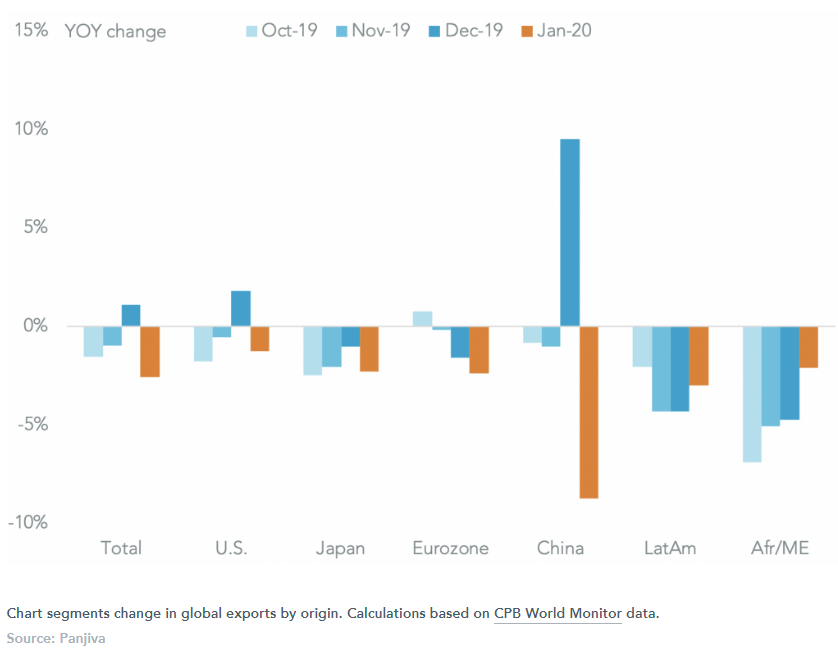 A further downturn looks likely given the spread of coronavirus, including the recent expansion of lockdowns from China to other countries including India and the EU as discussed in Panjiva’s research of March 26.

Determining firm figures for February is a challenge given the Chinese government didn’t publish official figures for January and February on a separable basis. The 44.9% slump in U.S. seaborne imports from China in the first two weeks of March is a sign that there was likely a markedly faster decline in February than the 17.2% drop signalled by the two months combined.

Panjiva’s analysis of S&P Global Market Intelligence data shows that only eight out of 16 countries that have reported data for February have indicated a decline, though those that have – including Japan as well as China – are enough to have dragged exports down by a weighted average 2.1%.

FEBRUARY SET TO EXTEND A WEAK START TO 2020 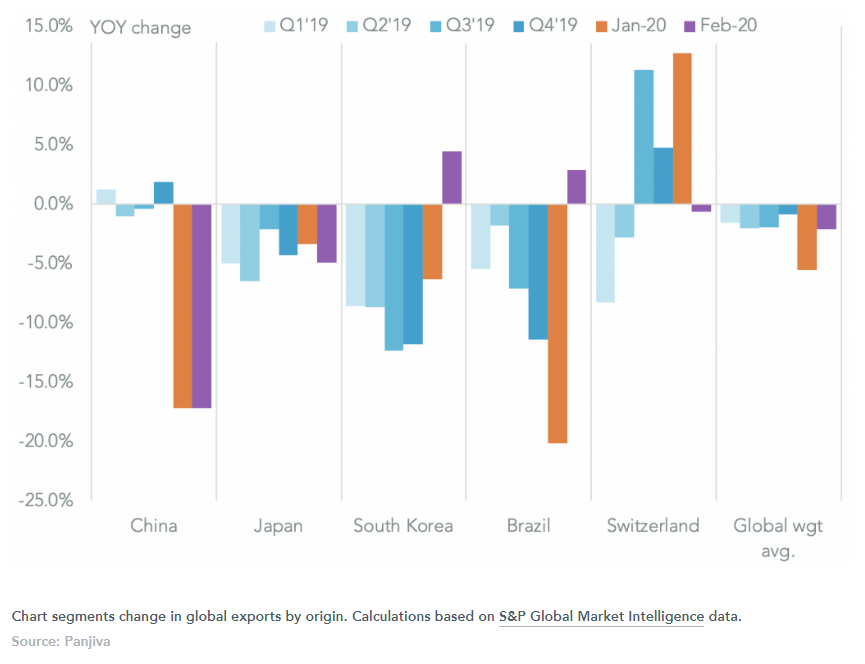