The Biden Administration’s infrastructure package, recently approved by the U.S. Senate, would create more economic activity than it would cost—likely adding trillions of economic output and hundreds of thousands of jobs to the U.S. economy, alongside stimulating renewable-energy programs.

A $1 trillion infrastructure investment now would lift GDP growth and add $1.4 trillion to the U.S. economy over an eight-year period, create nearly 900,000 jobs by 2030, and boost private-sector productively by 10 basis points on average yearly, according to S&P Global Economics. The bipartisan infrastructure bill includes dozens of energy, critical minerals, and climate provisions, as well as plans to modernize energy grids and transmission capacity to advance the energy transition. The package is also likely to increase tax revenue collected from digital asset investors, to the tune of $28 billion; new reporting requirements on participants in the digital asset industry could significantly affect the U.S. decentralized finance ecosystem, according to S&P Dow Jones Indices.

“The most significant spending is allocated for roads, highways, and bridges. We expect this to advance significant progress in addressing climate-resilience needs, although more investment will be needed,” S&P Global Ratings said in recent research. “There's a renewed focus on community safety and reversing historical injustices and the underfunding of transit systems and other critical infrastructure in poor communities. Universal access to high-speed internet will help enable better access to economic and educational opportunities for poor urban and rural areas alike.”

“Alongside this bill, there's a reconciliation that focuses more heavily on social infrastructure and climate change, the report said. “This framework seems to portend a new focus on stakeholder capitalism, with the timeframe now capturing the long-term implications to a greater a degree, and a broad suite of stakeholders, including communities, customers, and workers being considered in a way they haven't in the past. Because of this, the bill allocates the bulk of its considerable funding to historically underserved communities from rural to urban.”

The infrastructure package, if passed and implemented, would provide broadband affordability provisions to rural and tribal areas, which suffer from high development costs for infrastructure and lack the same accessibility to fixed broadband that urban areas have, as well as work to close the digital divide that separates wealthier areas from poor communities.

"This should be a significant opportunity to eliminate the red that we currently see on the national broadband map," Rebecca Goldman, an attorney at the Washington, D.C. law firm Lerman Senter, that specializes in communication law, told S&P Global Market Intelligence. "It's a significant amount of funding for broadband infrastructure, and there's a lot of interest from a whole variety of parties, including providers, in using this as an opportunity to expand their networks into areas where they currently aren't."

Companies in the U.S. metals sector, among other industries in the country, have expressed broad support for the package.

Today is Monday, September 20, 2021, and here is today’s essential intelligence. 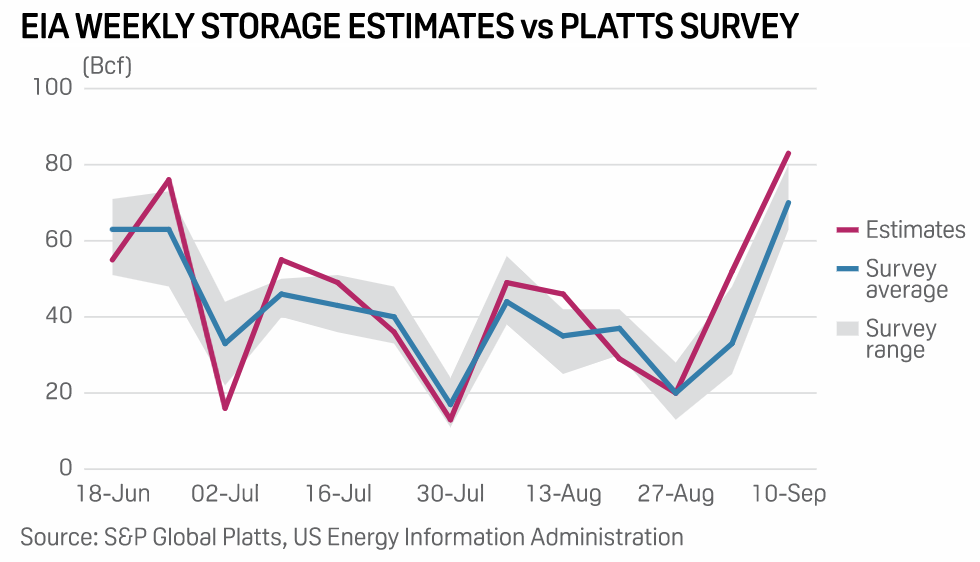 U.S. working natural gas in storage rose more than the market expected for the second consecutive week as demand in the South Central region fell more than anticipated. 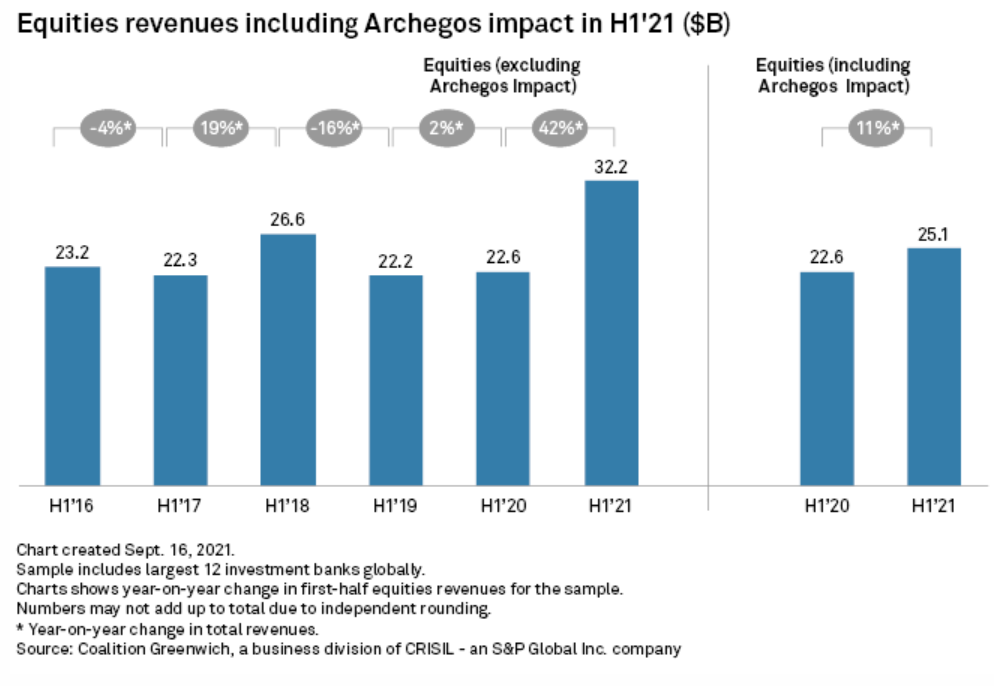 The top 12 global investment banks continued to reap the benefits of market volatility and client activity, posting their highest combined first-half revenue in a decade, according to Coalition Greenwich's latest sector index. 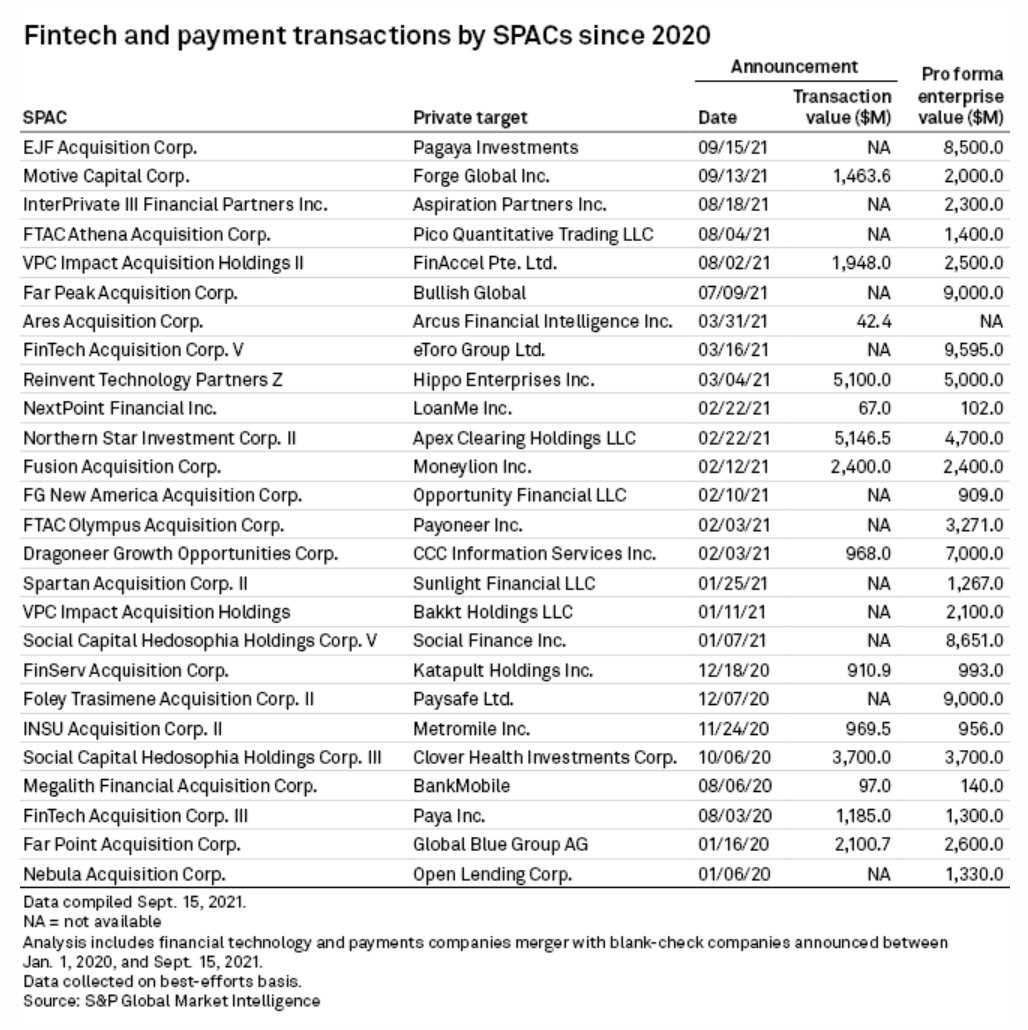 Financial analytics firm Pagaya Investments has become the fifth fintech valued above $1 billion to strike a SPAC deal in six weeks, as the sector benefits from a greater focus on actual revenue among blank-check company sponsors.

The Energy Transition And What It Means For European Power Prices And Producers: September 2021 Update 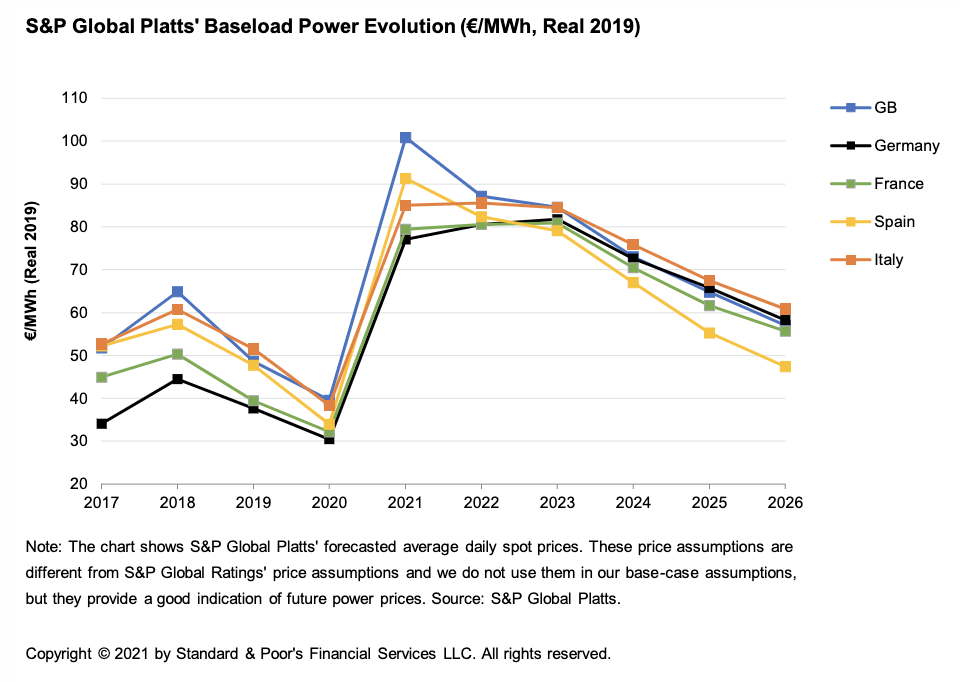 S&P Global Ratings has raised its base-case assumptions for power prices by up to 10% in five of Europe's main markets over 2021-2023 from its January 2021 assumptions. The reasons for the change are more supportive commodity prices and accelerated anticipated closures of conventional generation plants (notably nuclear and coal) in the next three years as part of the stringent decarbonization energy policies across Europe.

A Los Angeles City Council motion declaring that all of the city's electricity come from zero-carbon sources by 2035 will prompt the city-owned utility, the Los Angeles Department of Water and Power, to drastically remake its power generation portfolio.

Russia has embraced the current uncertainty over hydrogen demand and commercial viability, hoping to transform the sector in the coming years with the help of western partners as pressure from importers for cleaner fuel intensifies. 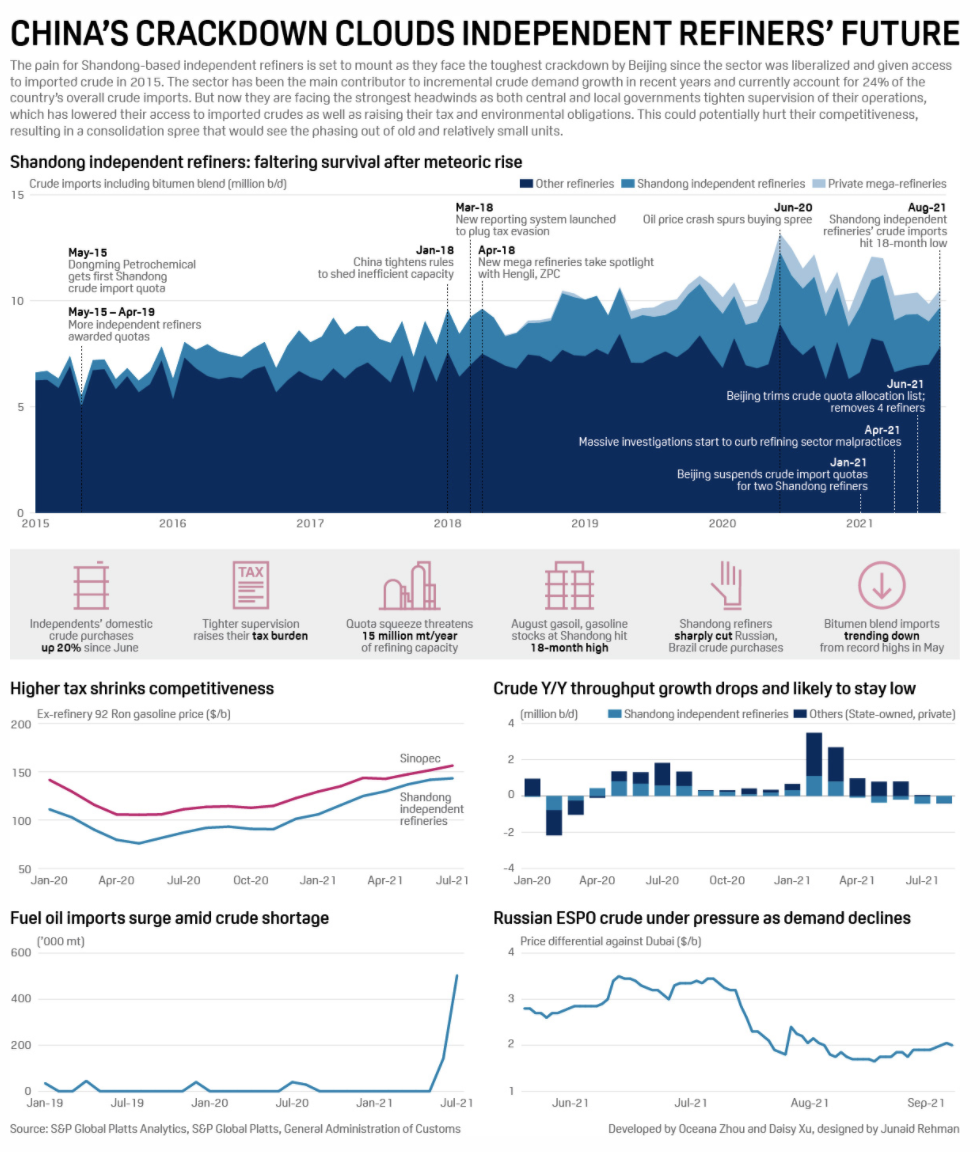 Recent measures by Beijing to tighten supervision of the independent refining sector have clipped the wings of the largest contributors to China's crude import growth since 2016 and are expected to alter the country's refining landscape by forcing shutdowns and consolidations.

PetroChina refineries and private Hengli Petrochemical (Dalian) Refinery are expected to bid for China's first set of planned auctions for crude barrels from its state crude reserves due to their proximity to the storages, refining sources told S&P Global Platts on Sept. 17.

The U.S. oil and gas rig count climbed six to 635 in the week ended Sept. 15, as oil-focused drilling activity pushed to a fresh 17-month high.