The growing consensus among investors in the energy sector is that the energy transition is real and is already in progress. But underinvestment in the mining and processing of critical elements could have implications for the timing and cost of the transition.

The International Energy Agency (IEA) warned in its World Energy Outlook on Oct. 13 that supplies of certain key minerals such as lithium, cobalt, nickel, and graphite are inadequate to meet projected world demand under most scenarios for the energy transition. Already, price spikes of 5%-15% are expected this year for solar modules, wind turbines, electric car batteries, and power lines based on shortages of these materials. Demand for elements like lithium, dysprosium, and other rare-earth elements is expected to increase to many multiples of existing levels.

To meet this demand, more mining and processing facilities will be required. According to the IEA, higher prices are likely due to “long lead times for the development of new projects, declining resource quality, growing scrutiny of environment and social performance, and a lack of geological diversity in extraction and processing operations."

Creating more capacity is a time-consuming process, one that investors have been hesitant to support despite a growing commitment to environmental sustainability. Even more common elements, such as nickel and copper, are forecast to have a structural deficit in the next 10 years, with higher prices coming as a result.

“I think today, everybody wants to invest in batter-manufacturing facilities, sort of the next Tesla Inc. Nobody wants to do the really hard, gritty things such as actually providing the natural resources to make that energy transition occur,” Rhett Bennett, CEO of Black Mountain, a family of natural resource companies, told S&P Global Market Intelligence.

Complicating the development of new mining and processing projects is the fact that many of these critical elements are located in areas with low levels of political stability. The IEA is recommending to its 30 member nations that they consider establishing or expanding strategic reserves of critical metals including alumina bauxite, lithium, and copper.

Today is Tuesday, October 26, 2021, and here is today’s essential intelligence. 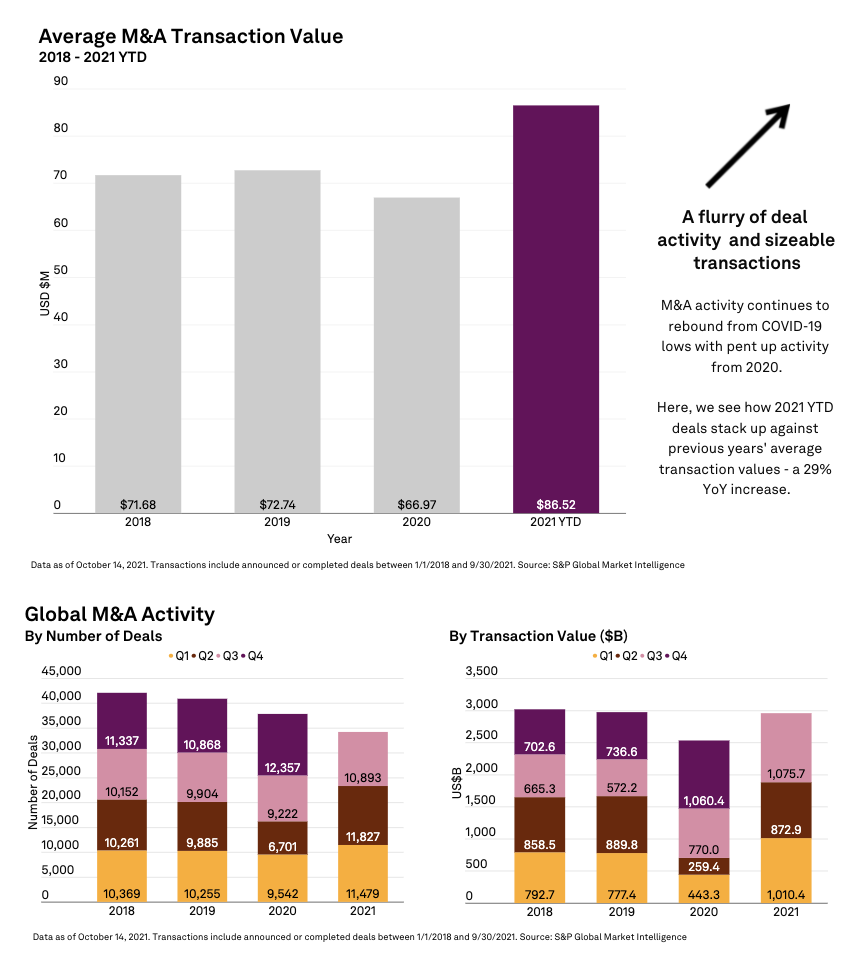 Payments To Continue To Drive Finance M&A In Asia-Pacific

Asia-Pacific’s financial technology acquisition boom may have further to run, as operators and private equity investors target a sector experiencing a pandemic-fueled growth spurt. Payment providers, in particular, will likely drive activity due to rising demand, capital-light business models, and the ability to cross-sell other financial services, such as loans.

Just 15% of Russian banks have introduced environmental, social, and governance strategies, or will do so by the end of 2021, as insufficient regulatory support and the issue's perceived lack of importance hold back adoption, according to a survey by local credit rating agency Expert RA. 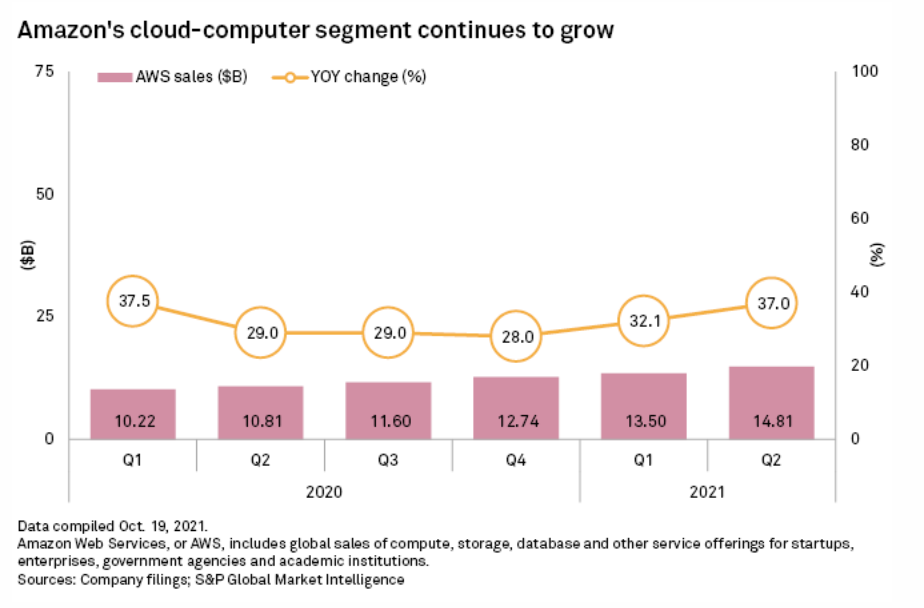 Amazon.com Inc. is expected to post strong third-quarter growth in its advertising and cloud-computing segments that should help offset slowing e-commerce sales as more shoppers returned to retail stores. The change in consumer behavior led to a miss in Amazon's second-quarter results, and while Wall Street predicts year over year revenue growth in the third quarter, tough comparisons and e-commerce uncertainties put more pressure on the company's other segments to outperform.

Telehealth has become of utmost importance over the past year and a half as the pandemic forced people into virtual work environments, and America's communications agency continues to play a role in making such services as accessible as possible.

Listen: Beyond The Buzz - The ESG Implications Of The Global Supply Chain Disruption

In this highly topical episode, Corinne Bendersky and Mike Ferguson dissect the global supply-chain disruption and unpick the reasons for and ESG challenges underlying the worldwide disruption. The pandemic brought the complexities and interconnectedness of global supply chains to light, but the virus can’t take all the blame.

How can indices bring greater transparency to climate risk? Designed to go beyond the requirements of EU Low Carbon Benchmark minimum standards, the S&P Paris-Aligned & Climate Transition Indices were created to help market participants looking to chart a path to net zero by 2050.

A $100 billion/year Climate Finance Delivery Plan will not be met this year as hoped ahead of the UN's Climate Change Conference in Glasgow, the U.K. presidency of the COP26 talks said Oct. 25. In 2009, developed countries agreed to mobilize $100 billion in climate finance per year by 2020 to support developing economies' efforts to decarbonize. In 2015 they agreed to extend this goal through to 2025.

Nine EU member states have rejected suggestions from France and Spain that Europe's wholesale energy markets need reform in response to the current energy price crisis, they said in a joint letter ahead of an emergency meeting of EU energy ministers to be held Oct. 26.

Leaders in the Middle East emphasized the role of international cooperation, technology transfer, and financial instruments in the transition to a green global economy ahead of the UN Climate Change Conference, talking up investments in renewables and highlighting the need to not damage economic growth at the inaugural Middle East Green Initiative Summit in Riyadh Oct. 25.

Increased focus on using carbon offset projects to remove greenhouse gases is prompting greater interest in "blue carbon" projects, which use coastal and marine ecosystems to cut or altogether avoid GHGs. Such coastal ecosystems sequester carbon in the body of the plants but also especially in underlying sediments. 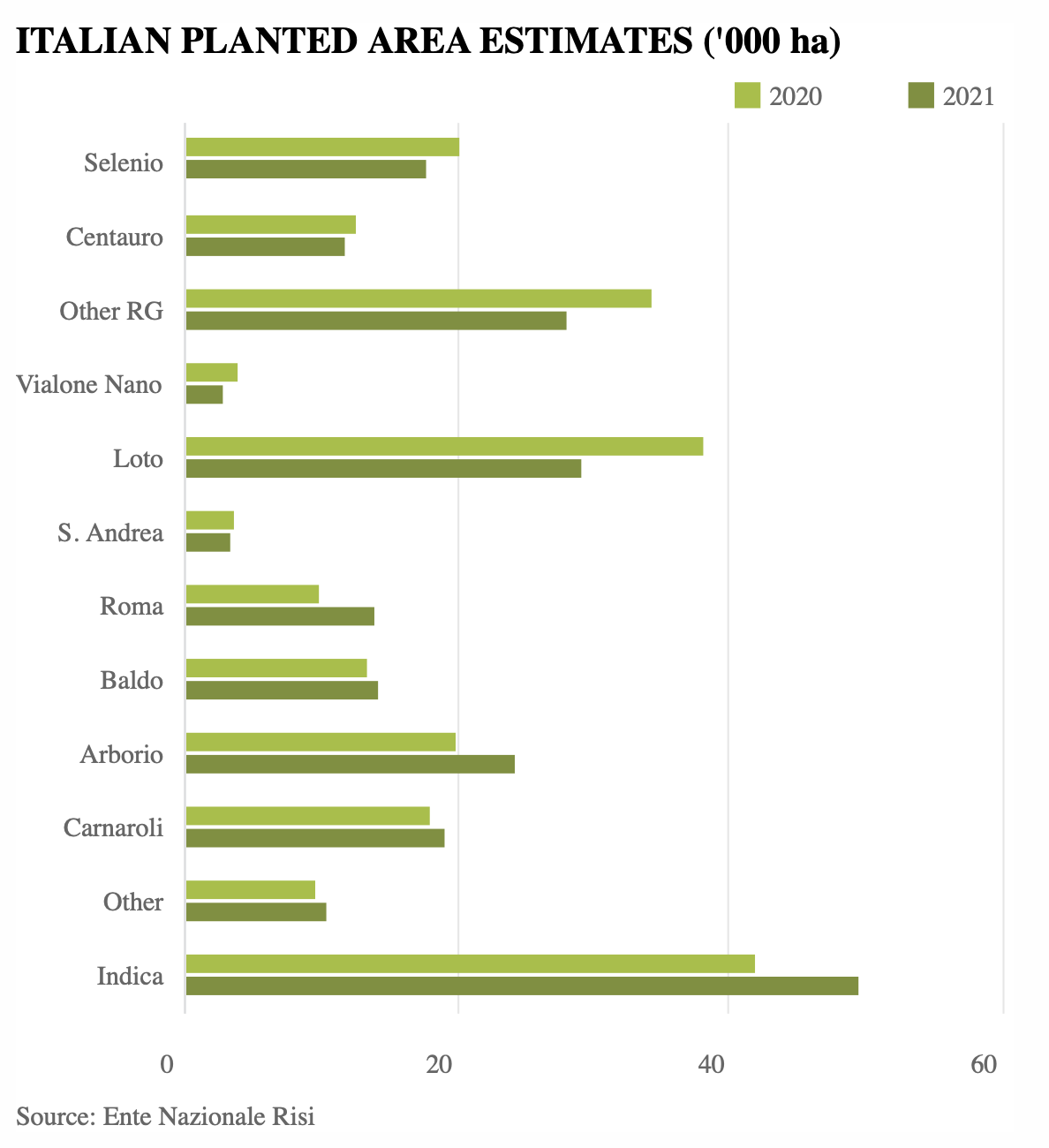 While October is typically a month of price softness as the bulk of the harvest arrives on the market, October 2021 has differed in northern Italy. As one broker remarked, "the quantities of paddy rice offered on the market should be higher, the rice mills should not have difficulty in finding the quantities they need, and prices should be softer."

Unseasonably warm temperatures this October continue to drag on U.S. residential-commercial gas demand, setting the stage for a bearish start to the winter heating season. From Oct. 1 to date, the U.S. population-weighted temperature has averaged a balmy 66.4 degrees Fahrenheit, making for the warmest start to October dating back to at least 2005.

A report published by the International Energy Agency aggregated the total cost of import as the Continent shifted away from 30% gas-on-gas competition in 2010 to 80% in 2020, and also from oil-indexation within long-term supply contracts.

Energy Planners Must 'Go Back To The Drawing Board' And Include Oil And Gas: ADNOC CEO

The world's efforts to address climate change through an energy transition must include oil and gas in the mix after a period of six or seven years of underinvesting in resources, particularly hydrocarbons, that is now causing prices to climb, the CEO of the UAE's Abu Dhabi National Oil Co. said Oct. 23.