Banks across Europe and Asia are continuing to confront pressures from their exposures to Russia as the war in Ukraine rages on.

Following the sanctions imposed in 2014 in response to Russia's annexation of Crimea, global banks have since significantly trimmed their direct exposure in monetary terms and as a proportion of total assets to the former Soviet superpower. Any remaining exposures were additionally and notably constricted by the international community’s coordinated response to Russia’s invasion of Ukraine, which spurred companies across a plethora of industries to cease their operations in Russia. But the deep interconnectedness of the global financial system and the confluence of risks from inflationary pressures and slowing macroeconomic activity that have expanded since the war began on Feb. 24 are compounding challenges for banks near to and far from the conflict.

At the epicenter of the crisis, Ukraine's banking industry has recorded meaningful losses and elevated loan-loss provisions as Russia's invasion weighs on lenders and credit conditions, according to S&P Global Market Intelligence.

As more sanctions emerge and the conflict continues, "ultimately, Russia is likely to see its financial system backed by commodity collateral," Alan Struth, manager of macroeconomics and oil demand for global oil at S&P Global Platts Analytics, said this week. "Its currency will be formally backed by commodity exports and transactions."

For European banks, the war in Ukraine poses downside risks, from the potential for a curtailment of Russian energy supplies to Europe triggering a further energy price shock and supply chain disruptions, persistently high inflation reducing corporate and household debt-servicing capacity, and the risk of a wholesale market repricing that widens credit spreads and hurts weaker sovereigns, corporates, and banks, according to S&P Global Ratings.

“European banks can manage the economic spillovers from the Russia-Ukraine conflict under our base case that envisages business disruptions in certain corporate sectors and reduced but still positive economic growth in 2022,” S&P Global Ratings said in recent research. “It's undoubtedly a trickier and more uncertain macroeconomic environment than we had envisaged at the start of 2022, and as a result we expect European banks will see lower loan and business growth, as well as a limited uptick in costs. But we do not see these effects as likely to significantly test our view of the creditworthiness of most European banks.”

Across Asia, Japanese megabanks have reduced their Russian exposure to protect provisions against the potential bad loans, while Armenia’s strong economic ties to Russia could exacerbate risks to its banking system.

And worldwide, financial institutions without any exposure to Russia still face indirect risks of violating sanctions due to the correspondent banking services they provide, according to S&P Global Market Intelligence.

Today is Wednesday, May 25, 2022, and here is today’s essential intelligence. 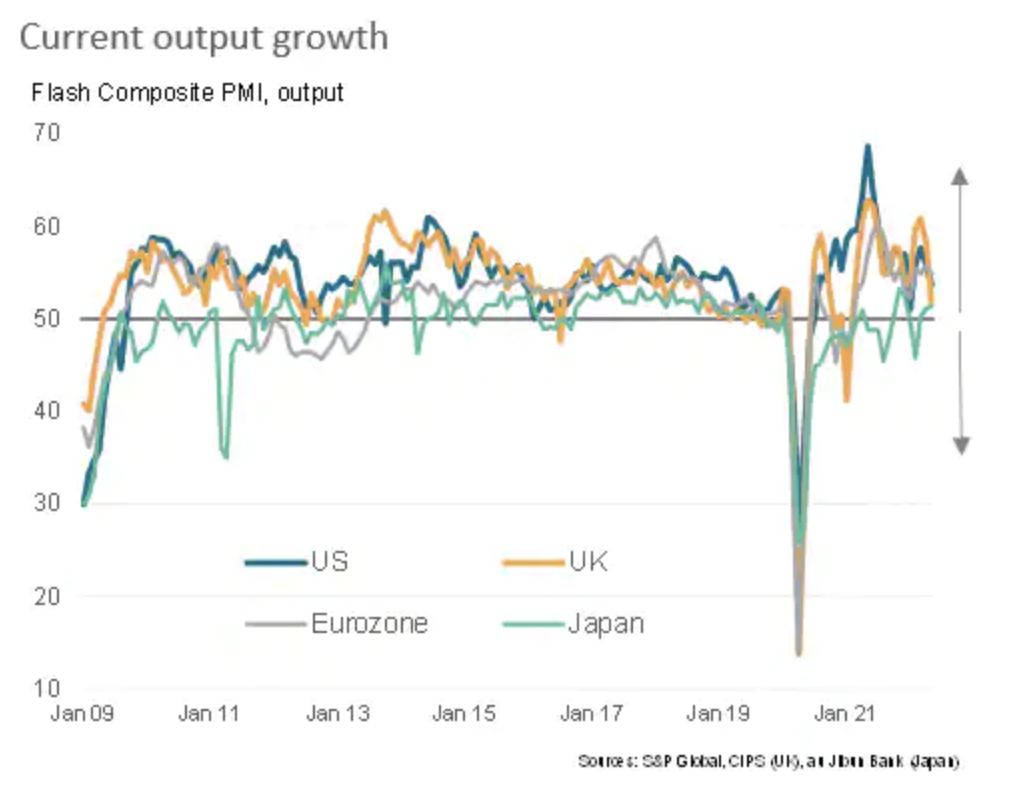 Early PMI survey data showed economic growth rates coming under pressure in the major developed economies as a boost to businesses from the post-Omicron loosening of COVID-19 restrictions was countered by mounting headwinds. Companies reported demand to have been subdued by soaring inflation and the mounting cost-of-living crisis, as well as by ongoing supply constraints and rising uncertainty about the economic outlook, especially given rising prospects of monetary policy tightening. 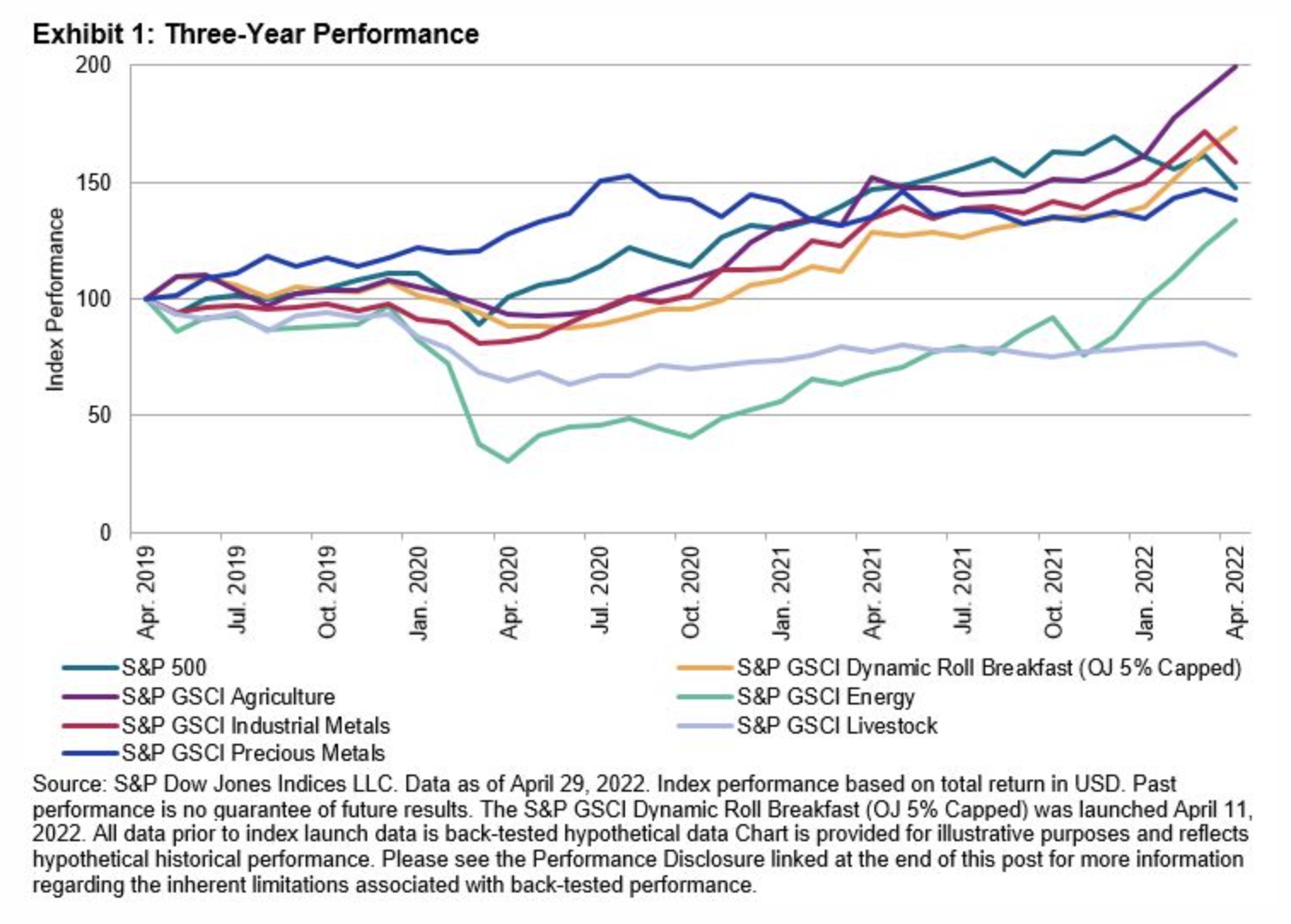 Except for intermittent fasting groups or keto dieters who tend to skip it, breakfast is considered by many to be the most important meal of the day. Now, there is a reliable and publicly available benchmark for the performance of the most liquid commodities typically consumed at breakfast. The S&P GSCI Dynamic Roll Breakfast (OJ 5% Capped) is a global production-weighted index offering another example of thematic ways to look at commodities allocations within portfolios.

China's "zero-COVID" strategy saw the country entering multiple provincial lockdowns. While this has hit electric vehicle production, the impact on battery materials production has been limited. Prices of battery metals, especially lithium, have fallen for the first time in 18 months. What implications do such events have on an already stressed supply chain, EV production costs and overall EV adoption?

—Listen and subscribe to Future Energy, a podcast from S&P Global Commodity Insights 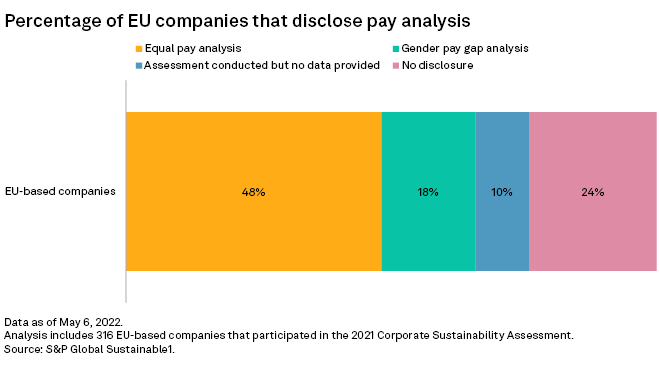 Regulation is shaping the sustainability agenda and changing the way companies do business in different jurisdictions, but keeping pace with constant regulatory updates has become a mammoth task for businesses and investors. In this recurring series, S&P Global Sustainable1 presents key developments on regulations and potential disclosure standards from around the world. In this month’s update, we look at moves to close the gender pay gap in the EU, the launch of green taxonomies in South Africa and Colombia and efforts by Malaysia to improve governance at state-backed investment firms. 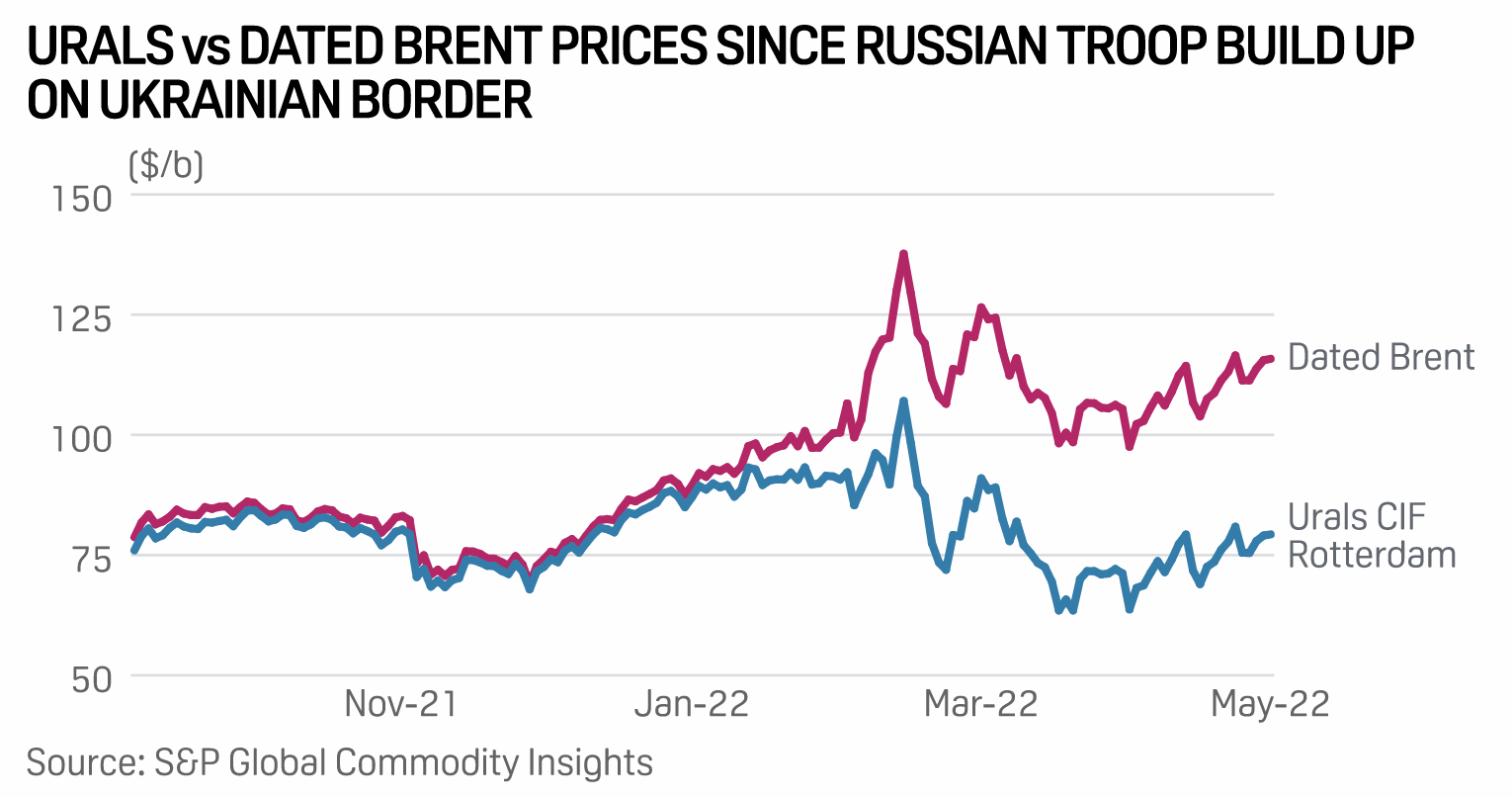 Russia will increasingly use barter and specific currency transactions for energy supplies, an S&P Global Commodity Insights analyst said May 24, as a default looms for billions of dollars in foreign currency reserves if the U.S. allows a key waiver to expire May 25. "Ultimately, Russia is likely to see its financial system backed by commodity collateral," Alan Struth, manager, macroeconomics & oil demand, global oil at Platts Analytics. "Its currency will be formally backed by commodity exports and transactions."

Listen: Next In Tech | Episode 66: Connected Vehicles In Transition

Can cars make the transition to being a subscription service? Returning guests Mark Fontecchio and Johan Vermij join host Eric Hanselman to sort out what works in this transition and what’s possible. Consumers see value in vehicle-specific services, but have grown accustomed to using personal devices for functions like navigation and entertainment. Security is a very different matter, as consumers want greater control over data and where it’s used. Greater trust could unlock many options.