China’s status in international markets may evolve as the country looks to strengthen its trade partnerships with Russia while its relationships with the U.S. and Europe remain troubled.

As Western sanctions hit the Russian economy and curtail flows of key commodities like oil, wheat, and nickel to the U.S. and Europe, China is watching how the situation develops and may strengthen its existing trading ties with Russia, according to S&P Global Commodity Insights. Industry observers already anticipate China will emerge as a major buyer of Russian wheat, soybeans, metals, and polymers.

The continuing trade conflict between the U.S. and China could restrict trade and capital flows, and burden economic growth, according to S&P Global Ratings. Trade disputes between the U.S. and EU with China over solar panel manufacturing—on top of existing supply chain disruptions—have the potential to divide the industry over the long-term.

“Energy supply diversification to China has been at the core of Russia's eastern pivot, while Russian gas is central to China's energy diversification away from the Middle East and Australia,” S&P Global Commodity Insights said in an analysis yesterday. “Russia has become the third-largest natural gas supplier to China, including both pipeline gas and LNG, and is currently its second-largest crude supplier after Saudi Arabia, making Beijing's geopolitical stance—somewhere between Moscow and Washington— increasingly important in the ongoing conflict between Russia and Ukraine.

The solar power industry has suffered as a result of the U.S. and China’s trade standoff as the energy transitions of both countries and climate actions gain momentum. Last summer, the U.S. blocked imports of certain Chinese solar products over allegations of forced labor in the autonomous Xinjiang region. Allegations that Chinese manufacturers improperly avoid tariffs have spurred additional trade disputes between the two superpowers.

U.S. President Joe Biden announced last month his administration’s plans to extend solar tariffs on bifacial panels and the first five gigawatts of solar cells imported annually from China that were levied by the Trump Administration. The U.S. House of Representatives passed the America COMPETES Act, aimed at combatting what the U.S. sees as China’s alleged anti-competitive trade practices. The Act is targeted at curbing China’s supposed circumvention of antidumping and countervailing duties on solar power components by trans-shipping exports through other Asian economies. The regulation has sparked mixed reactions from market participants, according to S&P Global Market Intelligence. Domestic solar manufacturers have supported the bill's trade provisions, but power project developers have expressed concerns about their potential cost impacts.

EU lawmakers have signaled that similar bans are to come on products made globally using forced labor.

Demand for solar and energy storage systems has been curtailed by the current logistical and supply chain issues. Trade disputes have slowed U.S. solar panel imports since the middle of 2021, when American solar power players pushed back against China’s alleged force labor abuses and engaged the U.S. Commerce Department to extend tariffs on Chinese solar products, according to an analysis by Panjiva, part of S&P Global Market Intelligence. The fourth quarter of last year saw the number of shipping containers delivering solar panels to U.S. ports down 7% year-over-year, although the number was up slightly from the previous quarter.

Today is Wednesday, March 9, 2022, and here is today’s essential intelligence.

S&P Global Ratings is providing an off-cycle, abbreviated global macro forecast in response to market developments related to the Russia-Ukraine conflict. These views, which are a preview of its upcoming Credit Conditions forecasts, are designed to give S&P Global Ratings analysts and stakeholders its first impression of the macro effects of the conflict. 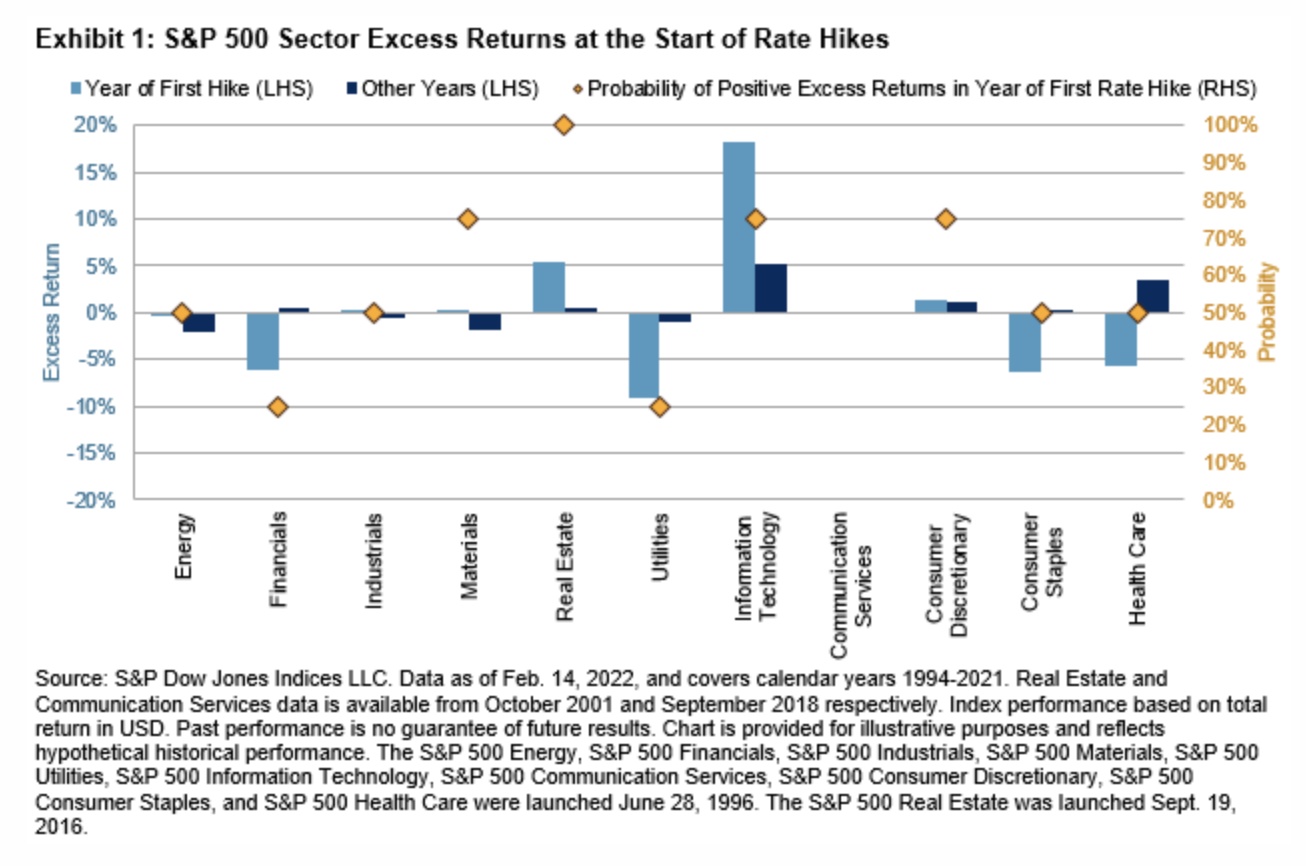 Although higher rates are generally seen as negative for risk assets, the initial stages of a monetary tightening cycle have not been disastrous for the U.S. stock market historically. However, while the overall market may muddle through just fine, the same may not be true for the different sectors and factors that compose a broad benchmark like the S&P 500®. The stretch of history for which S&P Dow Jones Indices has full data on the S&P 500’s various GICS® sectors and factor indices is around three decades long. However, the rate cycle moves slowly, with only four occasions of “liftoff” since 1994.

Immediate U.S. Ban On Russian Energy To Have Biggest Impact On Oil Flows 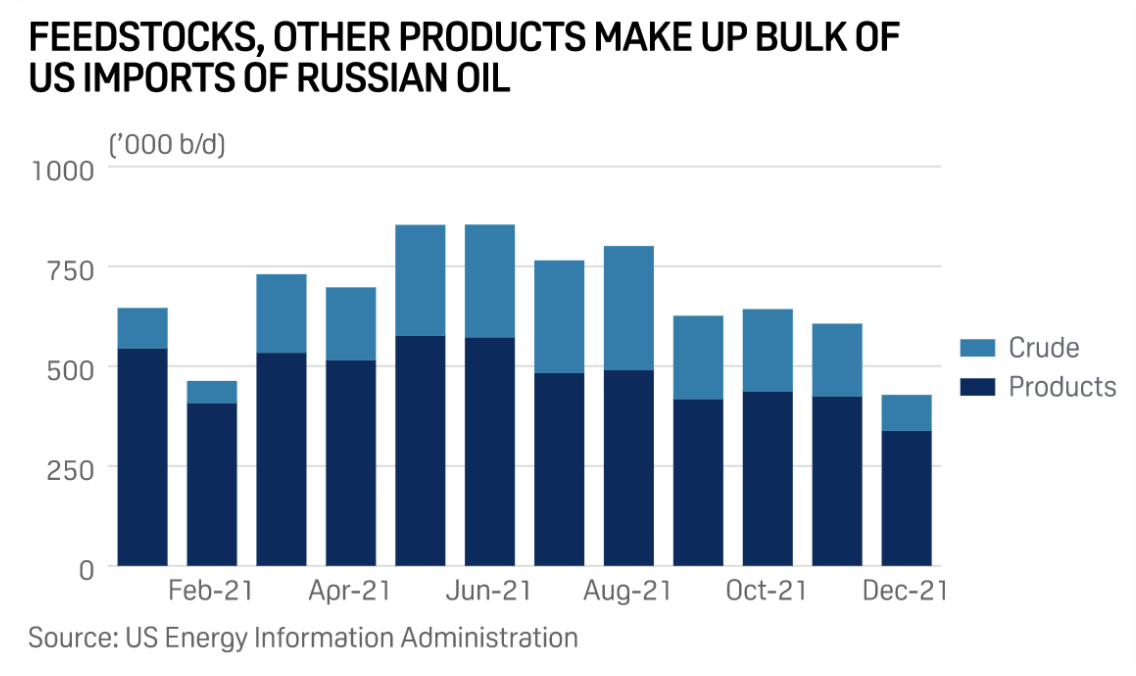 The U.S. will immediately ban imports of Russian oil, LNG, and coal in response to its war on Ukraine, President Joe Biden announced March 8, calling the flows the "main artery of Russia's economy" while predicting the policy would further increase global and U.S. fuel prices. Crude futures rallied on reports that a ban was imminent but pulled back after the announcement. NYMEX front-month crude settled at $123.70/b March 8, up $4.30, while ICE front-month Brent settled at $127.98/b, up $4.77. The ban on new transactions for Russian energy imports takes effect immediately, but the U.S. will grant 45 days for companies to wind down any existing contracts, a senior Biden administration official said in a background call with reporters. 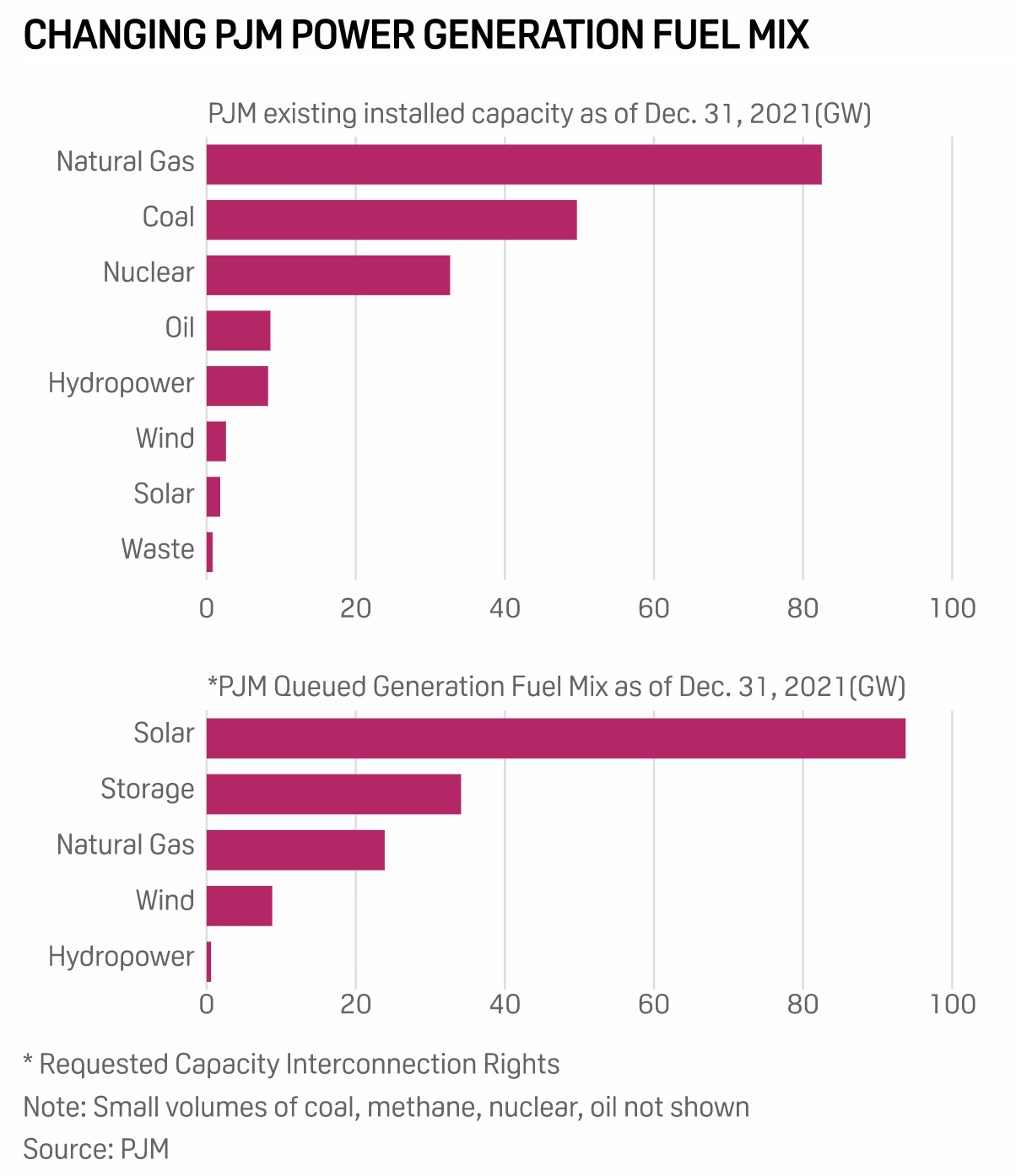 Solar power generation has overtaken natural gas in PJM Interconnection's resource connection queue, tripling over the past two years to total nearly 94,000 MW, or around 58% of resources in the queue, with gas-fired plants constituting 14.8% of queued generation. In 2021, the PJM Board approved $920 million in 118 baseline transmission projects, according to the grid operator's 2021 Regional Transmission Expansion Plan that was published March 8. The annual RTEP report conveys planning study results throughout the year and explains the rationale behind transmission system enhancement needs.

The Russia crisis has upended the energy world in significant ways, posing massive new risks for supply, demand, and prices. Joe McMonigle, secretary-general of the International Energy Forum, joined the latest episode of Capitol Crude to discuss some of those important shifts. He doesn't see actual oil supply disruptions stemming from the Russia crisis so far, and he continues to view insufficient upstream investment as the top risk to energy markets ahead. He was also asked about current dynamics between OPEC+ and oil-consuming countries, and whether the Russia crisis changes the scope or timeline of the energy transition.

There’s an evolution in digital transactions whose various elements are being rolled up under the banner of Web3. Analysts Jackie McGuire and Jordan McKee join host Eric Hanselman to explore the fusion of blockchain, cryptocurrencies, NFTs, and more. Billions of dollars are changing hands through decentralized transactions, but they’re passing through just a few parties who are defining the markets with early-stage technologies. It’s wild and wooly today but changing quickly.

Live Webinar And Q&A: Russia-Ukraine Military Conflict And Its Ripple Effect On Ratings And The Global Economy 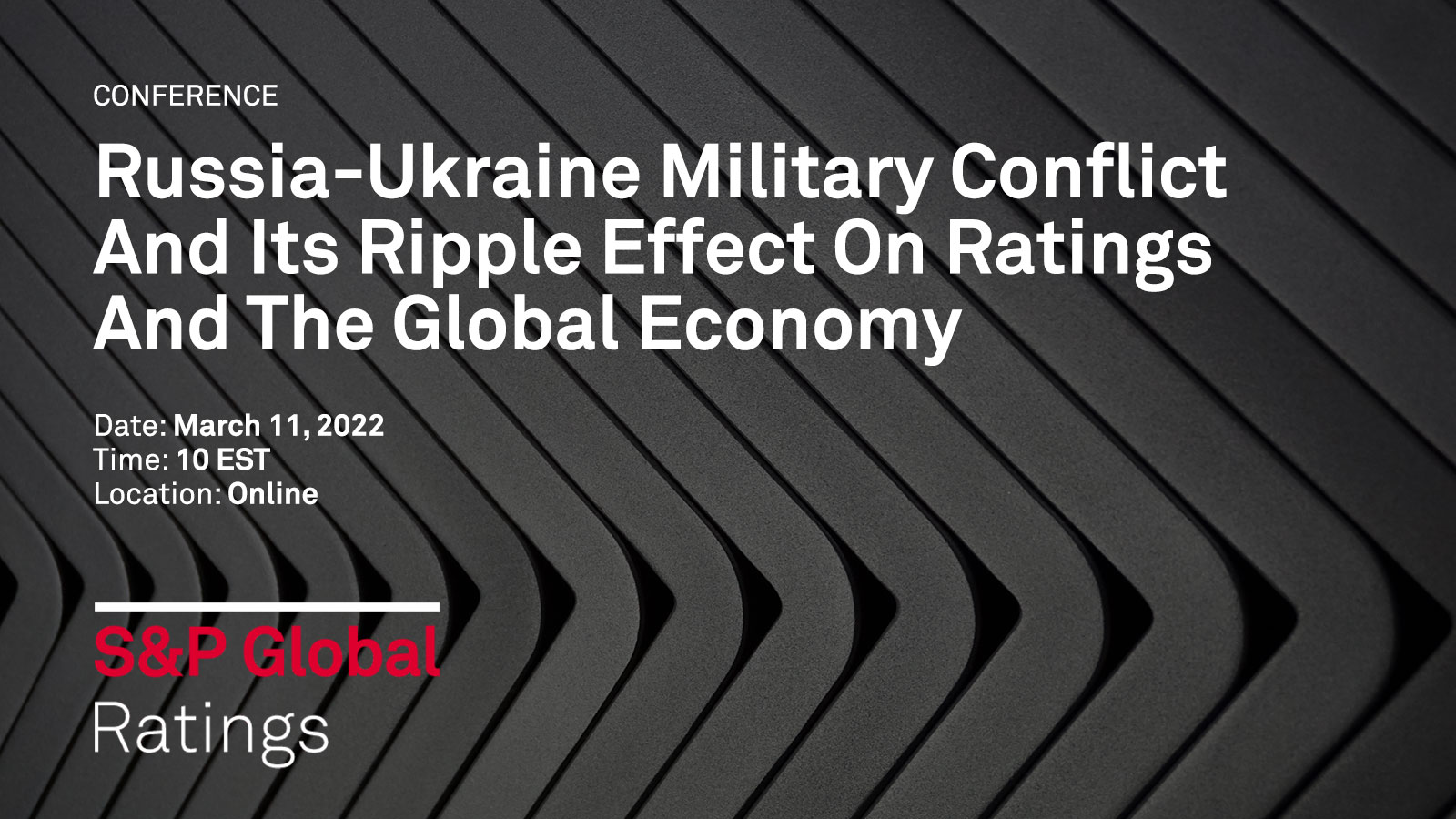 Please join senior S&P Global Ratings analysts and its Global Chief Economist for a live interactive webinar on Friday, March 11, when they will provide their views about the impact of the Russia-Ukraine military conflict and its ripple effect on ratings and the global economy. Key discussion points include global macroeconomic impact and spillovers from the military conflict; sovereign rating actions and expected rating trajectories; impact of sanctions on Russian banks and spillovers to Europe’s financial institutions, including insurance companies; and the impact of sanctions on Russian corporates and related entities.

—Register for the webinar from S&P Global Ratings