The economic, market, credit, and energy implications of the Russia-Ukraine crisis are being felt far beyond the region.

The U.S. announced over the weekend that it may soon extend sanctions to banning Russian oil imports alongside its EU allies, while some European partners have emphasized their need to maintain access to Russian energy sources. The sanctions already implemented by the international community have, while not targeted to Russian energy specifically, already limited access to credit for Russian-related deals and made typical buyers hesitant or fearful to purchase Russian cargoes. Russia threatened to derail the U.S.’s revived deal to lift sanctions on Iranian oil sales, demanding a written guarantee that sanctions wouldn’t impede Russia's trade with Tehran, according to S&P Global Commodity Insights. Technology giants have altered their services in Russia in support of Ukraine, blocking communication and digital payment networks.

Overall, the geopolitical shock raises the risks of restricted trade and capital flows alongside disruptions to economic growth and credit conditions in the short-term, and could have broad ramifications over the long-term as disagreements between Russia and NATO over security concerns will likely persist, according to S&P Global Ratings. S&P Global Ratings has thus far taken more than 30 ratings actions on financial institutions and nonfinancial corporates, sovereigns, and international public finance public entities citing the Russia-Ukraine conflict, energy prices, or both as factors driving the decision.

“Demand for cryptocurrencies by Russian residents has surged as sanctions threaten to severely restrict the country from access to the global financial system. This will likely further accelerate the pace of regulatory scrutiny,” S&P Global Ratings said in a recent report. “However, S&P Global Ratings doesn't believe cryptocurrency use has reached a scale that could blunt the likely severe consequences of sanctions on the Russian economy.”

Soaring energy prices pushed even higher by the consequences of Russia’s invasion of Ukraine are roiling global markets and countries from the U.S. to emerging markets. Oil futures trading on the ICE Brent contract hit a 14-year high in early trading today, reaching $130.89 per barrel and marking the highest since July 22, 2008, according to S&P Global Commodity Insights. The OPEC cartel doesn’t appear to be preparing to alter its crude production or partnership with Russia to help balance the market.

"The overarching principle ... is to maximize costs on target, that is [Russian President Vladimir] Putin and those around him in Russia, while minimizing costs on the United States and our allies," a senior U.S. Department of Energy official told S&P Global Market Intelligence on a March. 4 background call. "We do not have a strategic interest in reducing the global supply of energy."

At the end of this week, on March 12, the Society for Worldwide Interbank Financial Telecommunication (SWIFT) messaging service that underpins most international interbank payments will disconnect seven Russian banking groups from its system. This will deny or significantly diminish the access of the Russian banking system to the global financial system, markets, and infrastructure but will likely be limited and manageable for banks outside Russia, according to S&P Global Ratings. International banks, including those in the Middle East and Africa, have limited exposure to Russian and Ukrainian counterparties.

“The Ukraine conflict and the imposition of sanctions potentially carries financial sector implications far beyond the battle zone,” S&P Global Ratings said in a March 4 report. “We remain mindful of the potential for significant second order effects from the conflict, which could yet lead us to revise down our base case assumptions about the operating environment, most obviously in EMEA.”

Today is Monday, March 7, 2022, and here is today’s essential intelligence.

As emerging markets continue to recover from the pandemic, they now face the possibility of international energy prices remaining elevated, or even climbing higher, for longer. Oil prices hit seven-year highs in February, spurred by a recovery in mobility, worries over spare capacity among key producing nations, historically low inventory, slow progress in getting Iran's sanctions lifted, and now, conflict in Ukraine. Russia's pivotal role in the global energy supply means the conflict will pressure energy prices.

Credit FAQ: How The Russia-Ukraine Conflict Could Affect Middle East And African Banks 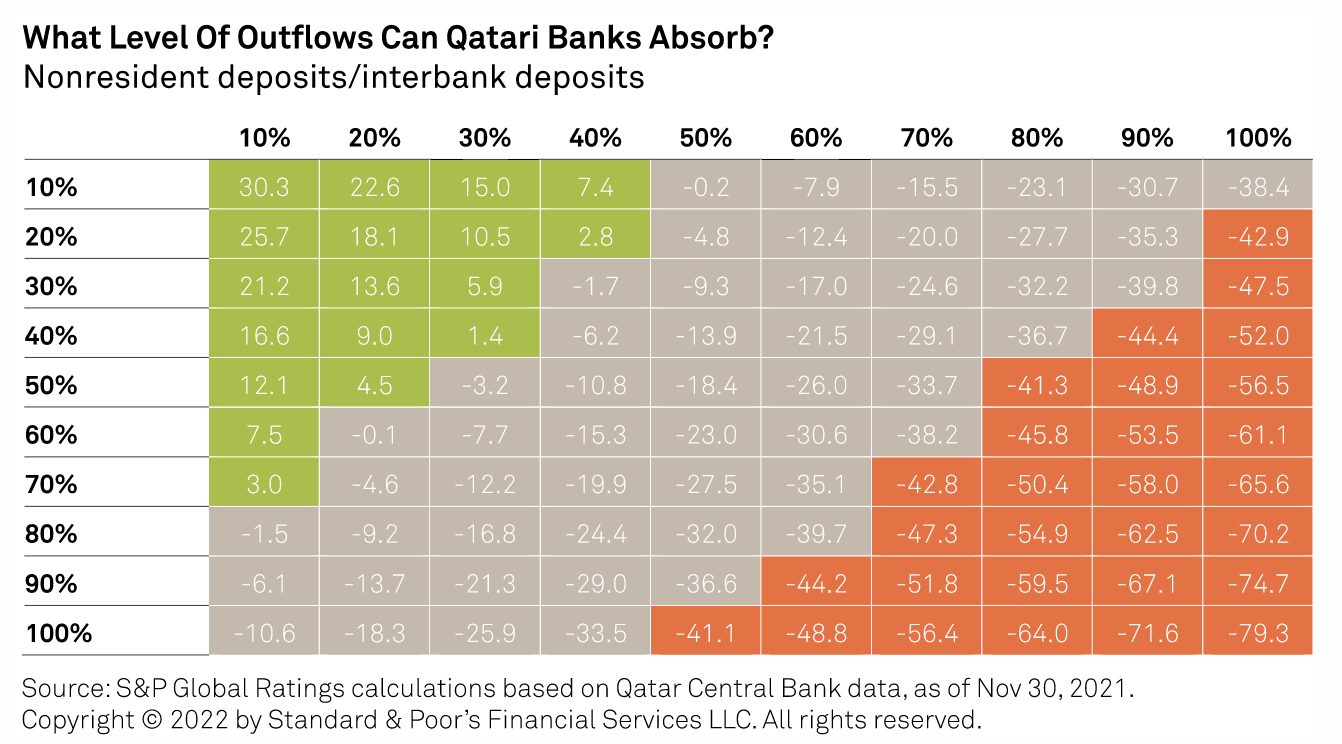 In this FAQ, S&P Global Ratings looks at the high-level effects of current events relating to Russia and Ukraine on banks in the Middle East and Africa. These findings are subject to change depending on how the conflict evolves. S&P Global Ratings acknowledges a high degree of uncertainty about the extent, outcome, and consequences of the military conflict between Russia and Ukraine. Irrespective of the duration of military hostilities, sanctions, and related political risks are likely to remain in place for some time.

The commercial and financial ramifications of the Russia-Ukraine conflict will be felt for a long time. As the conflict escalates, sanctions have been imposed on Russian banks and shipping companies. This has meant that many companies are reluctant or unable to trade with Russia. In this podcast, S&P Global Commodity Insights' Pradeep Rajan, Sameer C. Mohindru, Zhuwei Wang, and Shriram Sivaramakrishnan explain what the latest developments mean for the maritime sector, global trade, shipments, and prices of key commodities including crude, refined oil products, grains, and coal.

Germany To Double Down On Wind, Solar Amid Wider Energy Policy Review 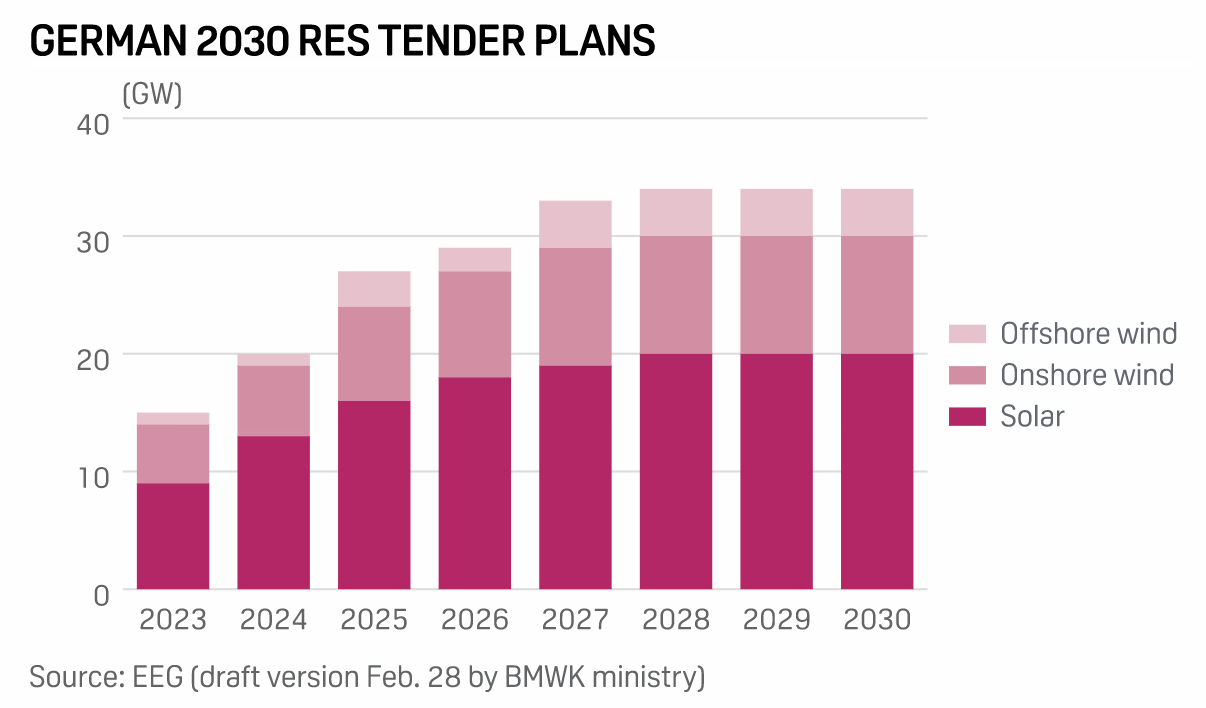 Germany is to double down on its renewable energy policy while reviewing coal and nuclear closure plans in response to the heightened threat to Russian gas supplies, according to draft legislation seen by S&P Global Commodity Insights. The so-called Easter package includes a reform of the renewable energy and offshore wind laws, raising wind and solar capacity to an 80% share in the power mix by 2030. This would require at least a doubling of annual production to 572 TWh, the draft said.

Russia's refineries have started feeling the effect of a sharp fall in export sales of oil products in the wake of the country's invasion of Ukraine. Rosneft's 240,000 b/d Tuapse on the Black Sea halted crude uptake March 4 because it cannot ship its production, while the company's 342,000 b/d Ryazan refinery in central Russia has reduced the volume it is accepting. While there are no sanctions on exports of Russian crude or refined oil products, limited access to credit for Russian-related deals and the fear of energy sanctions being imposed have resulted in typical buyers avoiding Russian cargoes where possible, sources said. 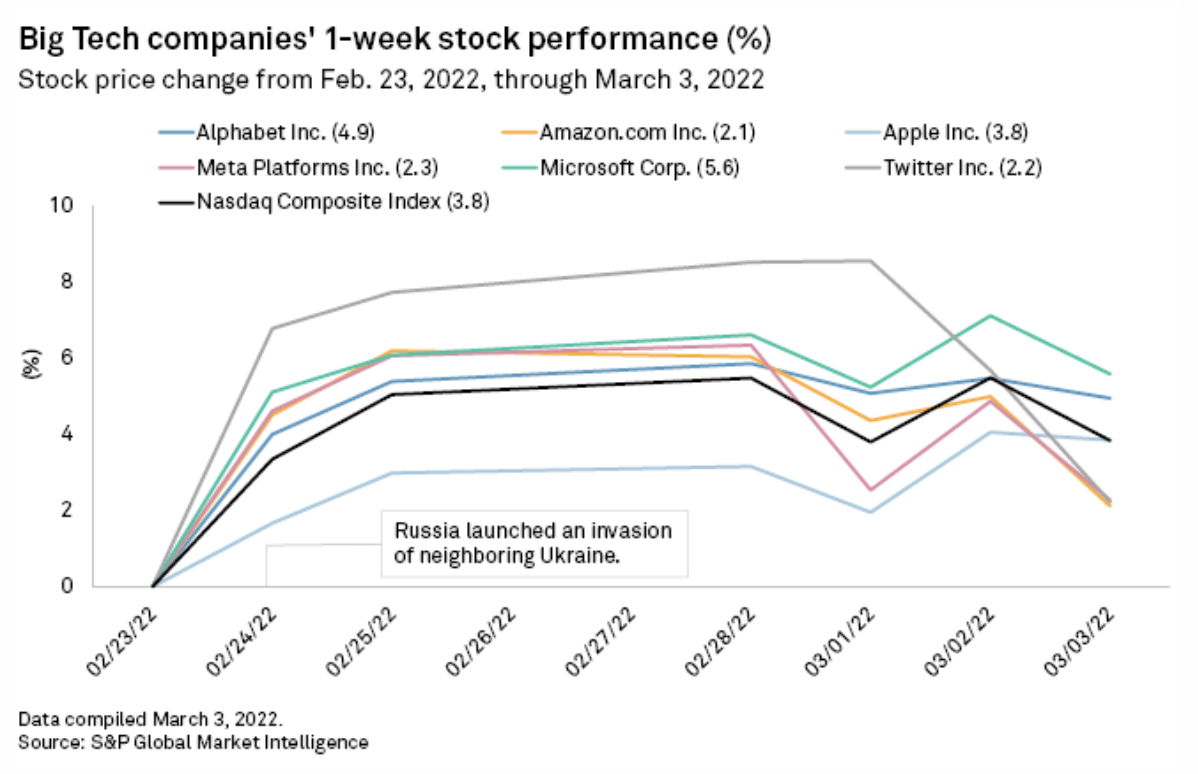 Big Tech companies rallied in support of Ukraine following Russia's invasion of the country, resulting in disruptions to some popular services in the region. Meta Platforms Inc., Twitter Inc., Alphabet Inc., Apple Inc., and Microsoft Corp. were among the companies that took steps to remove Russian state media from their platforms, including cutting off access to advertising networks, as European regulators moved to revoke media licenses for Russian outlets. The Russian government responded by throttling access to Facebook and Twitter within its borders.

Join the 2022 World Petrochemical Conference to hear about the progress towards a better climate and society and the vital role of chemicals in everyday life. The conference will occur March 22-25, 2022, with a dazzling array of sessions featuring major chemical companies and leading organizations discussing the critical issues that impact the chemical market, numerous networking opportunities, and a variety of industry leading petrochemical training courses. This year’s event will offer both in-person attendance and a virtual platform fully loaded with flexible streaming options, attendee engagement, advanced networking, and sponsorship tools. The event platform will create a one-stop-shop experience for attendees—both in-person and virtual.

—Register for the conference from S&P Global