The most powerful economy in the world is aiming to impose further sanctions on Russia—while battling historically high inflation that looks likely to gain more fuel due to the military conflict in Ukraine.

During his first State of the Union address Tuesday night, U.S. President Joe Biden vowed to close all American airspace to Russian flights, seek to seize Russian oligarchs’ assets, work to ensure that sanctions don’t affect the economy at home, and lead a global release of oil reserves to combat high energy prices. Alongside its NATO allies and other countries around the world, the U.S. has sanctioned the Central Bank of Russia, President Vladimir Putin’s personal assets, and major lenders from accessing the Society for Worldwide Interbank Financial Telecommunications (SWIFT) messaging service. (The U.S. has not banned imports of Russian oil.) But the implications of the international community’s countermeasures against Russia could have profound knock-on effects for the broader global economy. With Russia’s key energy and commodities flows at risk of disruption, the Russia-Ukraine crisis could create sustained inflationary pressures across economies via higher energy, food, and metals prices, according to S&P Global Ratings.

“Along with 27 members of the European Union—including France, Germany, Italy, as well as countries like the United Kingdom, Canada, Japan, Korea, Australia, New Zealand, and many others, even Switzerland—we are inflicting pain on Russia and supporting the people of Ukraine. Putin is now isolated from the world more than ever,” President Biden said in his address to the nation before a joint session of Congress on March 2. “When the history of this era is written, Putin’s war on Ukraine will have left Russia weaker and the rest of the world stronger … In the battle between democracy and autocracy, democracies are rising to the moment, and the world is clearly choosing the side of peace and security.”

Although U.S. consumers have continued to shop despite decades-high inflation, the country’s consumer spending-driven recovery could slow this year, according to S&P Global Market Intelligence. The inflation implications of the Russia-Ukraine situation could complicate conditions. S&P Global Ratings anticipates that the geopolitical shock may spark slower global macroeconomic growth and short-term higher headline inflation through trade, capital flows, and consumer and business confidence. Markets will be watching how the U.S. Federal Reserve responds to these changing conditions with its b at its meeting this month, according to S&P Global Market Intelligence.

“I’m taking robust action to make sure the pain of our sanctions is targeted at Russia’s economy,” President Biden said in his State of the Union address. “And I will use every tool at our disposal to protect American businesses and consumers.”

In response to conflict and corresponding elevating oil prices, the International Energy Agency announced yesterday that its 31 member nations will release a combined 60 million barrels of petroleum, equivalent to 2 million barrels per day for 30 days, or 4% of the IEA members' current oil stockpiles. The U.S. said it will contribute half of the total release from its strategic petroleum reserve. Meanwhile, OPEC+, Russia, and its other allies appear on track to approve their pre-planned 400,000 barrels per day production hike for April. Global benchmark oil prices surged above the $100 per barrel threshold yesterday—the second time oil prices reached this level since the beginning of the conflict on Feb. 24, and the second time since 2014—while Russian crude prices tumbled to record lows. S&P Global Ratings expects b in the near-term against the backdrop of the crisis. Crude oil futures surged to a new seven-year high in early morning trading today. Markets saw the strategic reserve release as insufficient to act as a counterweight to the disruption to Russian oil supplies, according to S&P Global Commodity Insights.

Today is Wednesday, March 2, 2022, and here is today’s essential intelligence. 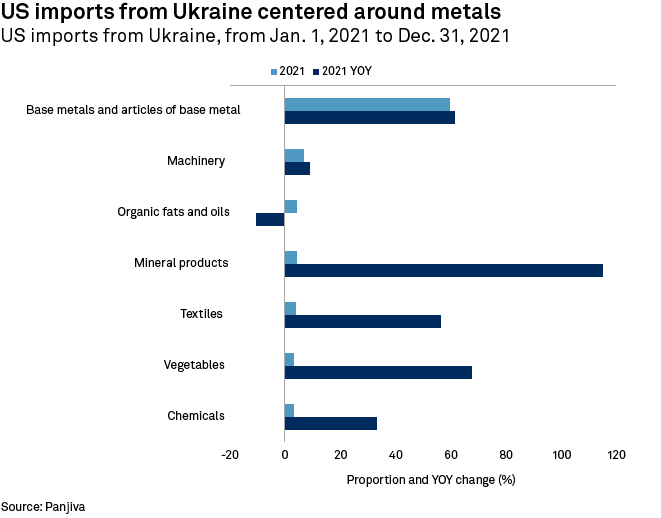 The Russian offensive in Ukraine is likely to result in much human tragedy. The fallout from the conflict is also expected to spread into global supply chains and impact economies in Eastern Europe and beyond. The first-order effects may come from the mounting economic sanctions imposed by the U.S. and other countries on Russia, and widespread disruptions in Ukraine. More than 500,000 Ukrainians have fled the country because of the incursion, according to the United Nations, and logistics will be critical in delivering necessary supplies. Businesses have already been affected by the availability of goods, with some auto manufacturers shutting down plants in the region.

Listen: The Upgrade Episode 20: A Credit-Cycle Turn Could Expose Vulnerabilities In The Middle Market In the latest episode of The Upgrade podcast, Ramki Muthukrishan and Daniel Hu discuss the rapid growth of middle-market lending, as well as key highlights from S&P Global Ratings’ recently published article titled “A Credit-Cycle Turn Could Expose Vulnerabilities In The Middle Market.” The aim of this podcast is to provide market participants with further advanced analytical insight into Corporate Credits, CLOs, and Leveraged Finance deals based on key features seen in corporate credits and sectors that CLOs are exposed to.

—Listen and subscribe to The Upgrade, a podcast from S&P Global Ratings

As the military situation between Russia and Ukraine intensifies, S&P Global Commodity Insights reports on how geopolitical factors are affecting commodity and energy markets in the region and the world at large.

The addition of nuclear and natural gas to the EU's sustainable finance taxonomy provoked a furious response from dissenting quarters. S&P Global Commodity Insights analysts detail the proposals, discuss their likely significance and crucially, and look at future gas and nuclear investments through the prism of today's highly unstable markets.

—Listen and subscribe to Future Energy, a podcast from S&P Global Commodity Focus

Reckoning With Renewables: Appetite For I-RECs Grows Amid Tightening Of Carbon Credit Rules 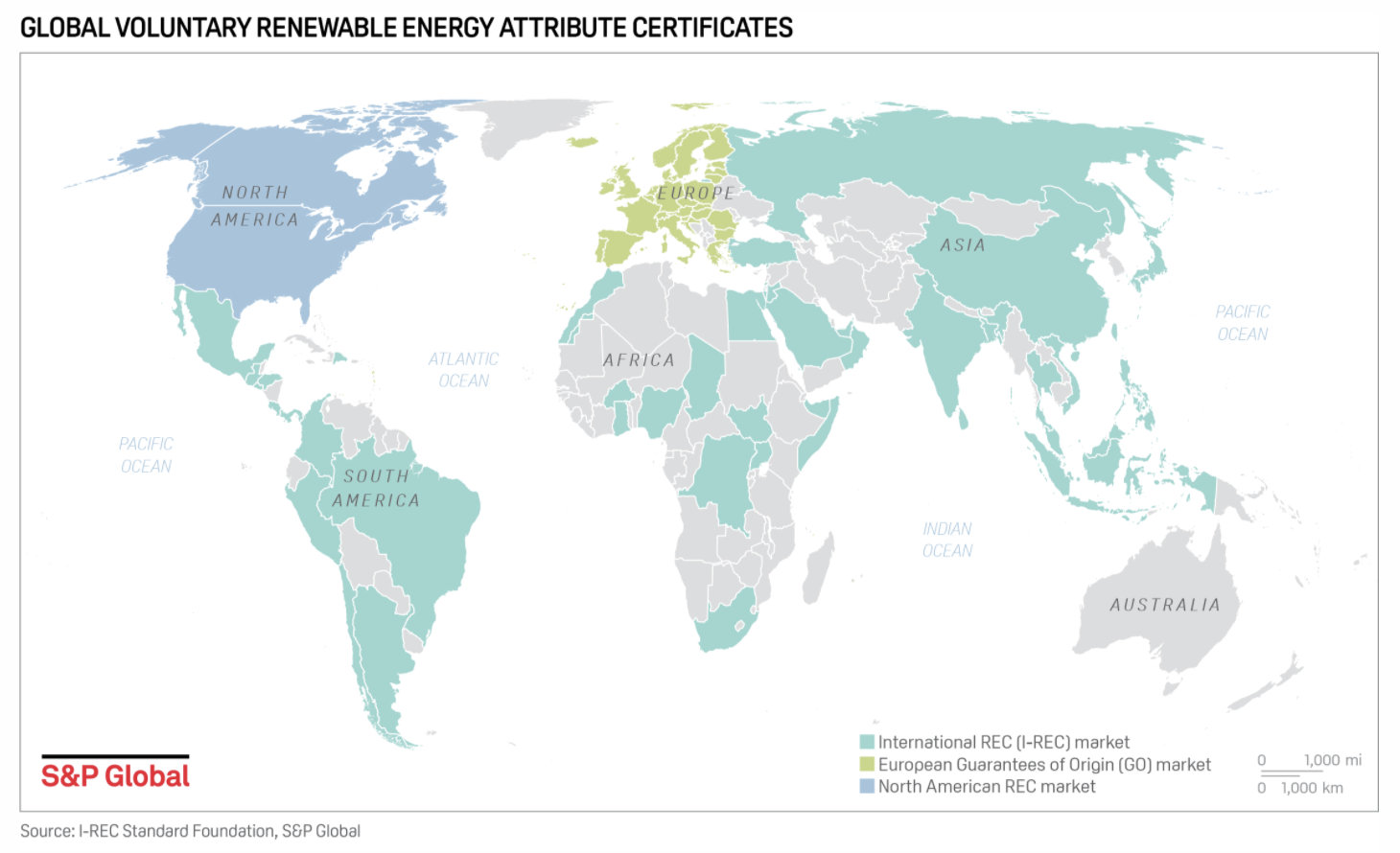 As organizations digitize their businesses, they’re trying to quantify the impacts on customer experience. Research director Sheryl Kingstone rejoins host Eric Hanselman to the results of the brainchild formed by the intersection of the Global Unified Commerce Forecast and the Voice of the Connected User Landscape study. Quantifying over $300B USD of North American customer experiences, it has some fascinating insights. Digitally demanding customers have some of the highest revenue potential and almost half said they would pay a premium for the experiences they want.