A World Redefined By Geopolitical Shifts

The political uncertainty and geopolitical disruptions that continue to affect the global economy are likely to result in a more adaptable, yet volatile, international system.

This year so far has been disrupted by a confluence of risks—the continuing coronavirus crisis in China spurring strict lockdowns that pressured global supply chains; the Russia-Ukraine war’s implications on the world’s energy security; and central banks’ aggressive monetary policy tightening to battle nagging inflation; among other events. The rest of 2022 is expected to bring forth new geopolitical shifts that redefine the global economy, according to S&P Global Ratings and S&P Global Market Intelligence’s Economics & Country Risk Analysis.

“If the first half of this year has been defined by disruption, the next six months will likely be shaped by increased fragmentation and ongoing reorientation. As geopolitical shifts develop, the resulting global system may emerge as more fluid and flexible—but ultimately more divided and unstable,” S&P Global Ratings said in its overview of geopolitical shifts published yesterday. “Disruptive events and new unknowns can affect funding costs and capital flows, given the deep financial and market interconnectedness of the globalized economy.”

“Several G20 countries are skeptical of both the impact of Russia's actions on the global world order, and the principle of significant unilateral sanctions as a repeated mechanism of opposition,” S&P Global Market Intelligence’s Economics & Country Risk Analysis said in recent research. “The G20 is not the only platform for economic engagement between advanced and emerging economies. Still, prospects of its rupture represent an early indicator of the fault lines likely to shape future security, trade, and diplomatic relations among multiple centers of global influence. These fault lines would further challenge the idea of an international community, with national interests overriding ideology-based alignment.”

This week, Slovakia, Hungary, and the Czech Republic abstained from joining the EU’s sixth sanctions package to ban Russian oil imports by year-end. In the months ahead, the U.S. will experience its midterm elections, which will shine a stronger spotlight on the ideological divides of the world’s largest economy. And in the years to come, China’s current focus on increasing the birthrate of its population and achieving a more equitable society with education, housing, labor, and social welfare policy changes may transition the world's second-largest economy into a new stage of development. Overall, emerging economies may suffer some of the most debilitating implications of current and future geopolitical disruption.

Today is Wednesday, June 1, 2022, and here is today’s essential intelligence.

As the COVID-19 pandemic and the war in Ukraine drag on, their associated humanitarian, economic, market, and trade implications have roiled the international order. The associated rising political uncertainty and geopolitical risks are radically transforming the world. Such disruptive events and new unknowns can affect funding costs and capital flows, given the deep financial and market interconnectedness of the globalized economy. 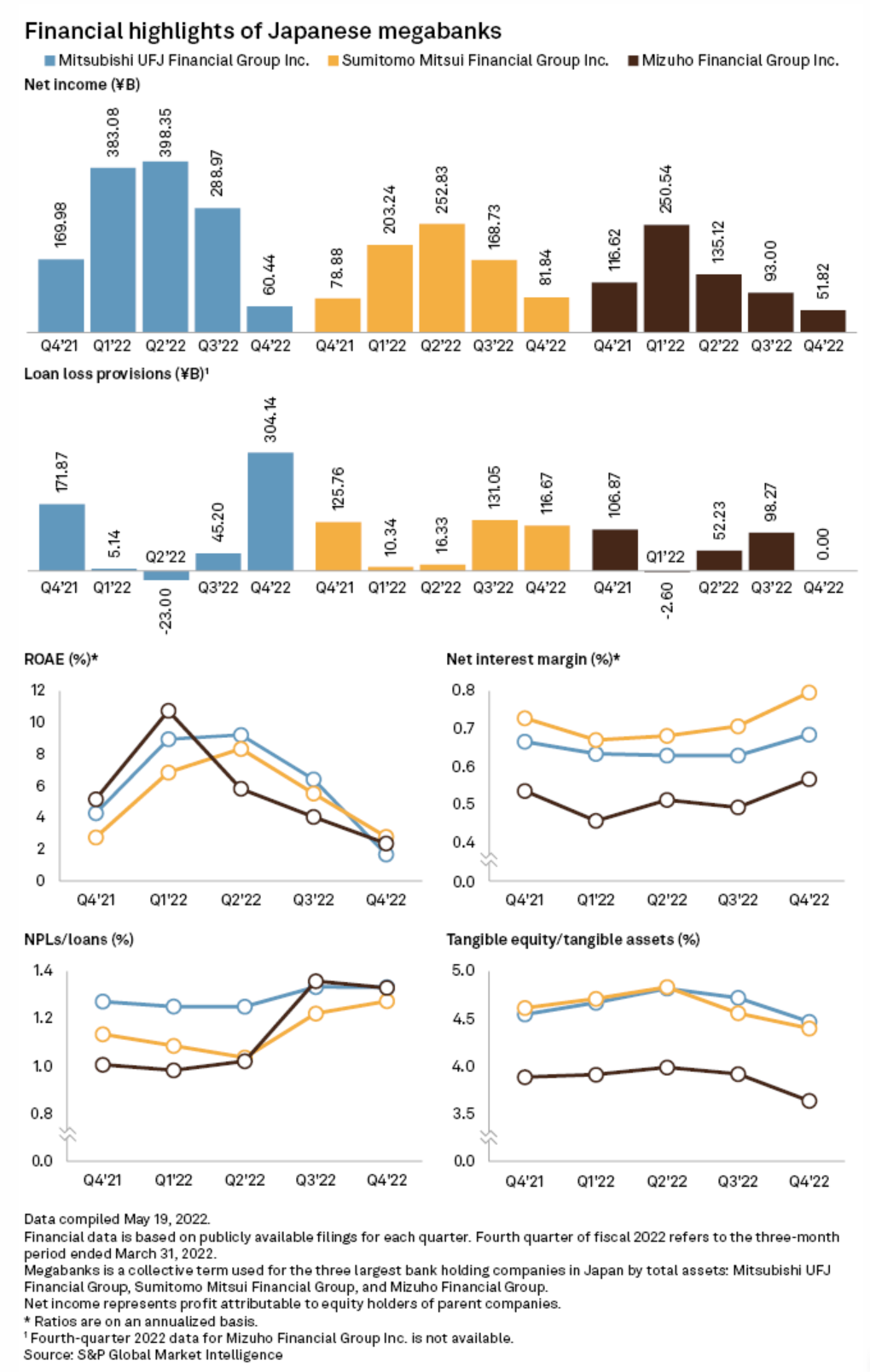 The asset quality of Japanese megabanks is expected worsen after their bad loans rose to the highest levels in at least six years. Mitsubishi UFJ Financial Group Inc., Sumitomo Mitsui Financial Group Inc., and Mizuho Financial Group Inc. said at their respective earnings press conferences that they are prepared to increase buffers against loan losses in the current fiscal year ending March 31, 2023, amid uncertain prospects of the economy.

Listen: Easing Lockdowns In Shanghai: A Boost For Container Freight Or A Headache In The Making?

The lockdowns in Shanghai have caused significant supply chain disruption around the world, but also falling container rates from their all-time highs. In this episode of the Commodities Focus podcast, Americas containers editor David Lademan speaks with Asia containers specialist Ayush Verma and managing editor George Griffiths about how the ongoing lockdowns in China amid their “zero-COVID” policy have impacted global trade flows, and what to expect once the shutters reopen on Shanghai's production facilities. 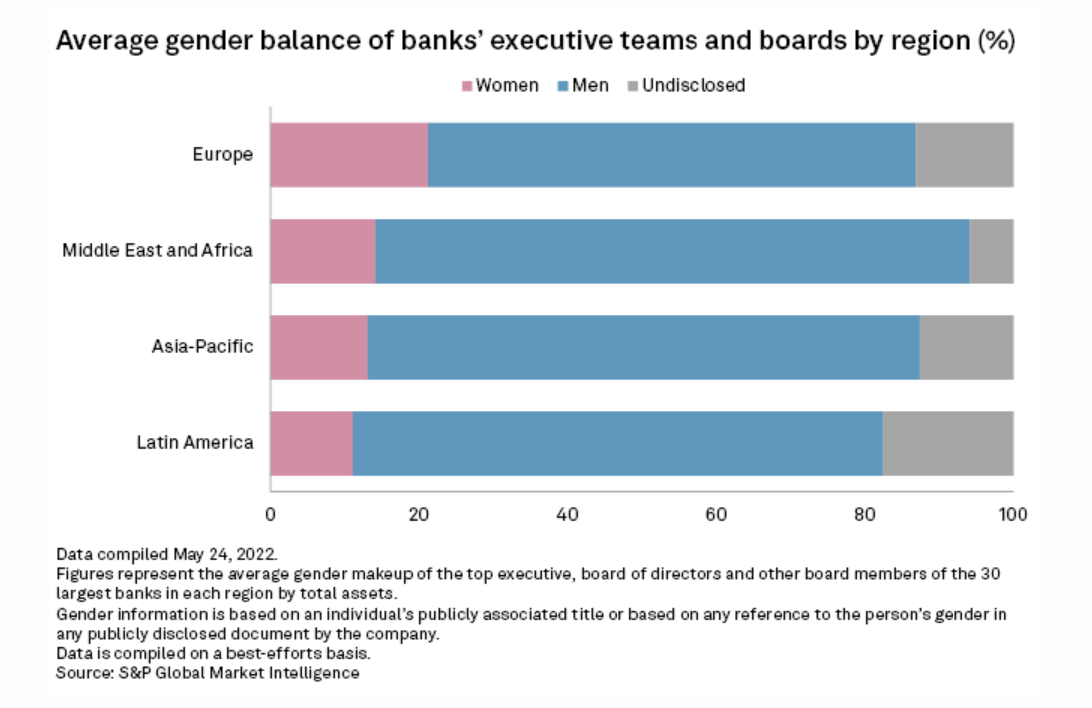 The gender balance at the highest levels of Latin American banks continues to tilt heavily in favor of men. On average, women represent 11.14% of executives and board members at financial institutions in Latin America, according to data compiled by S&P Global Market Intelligence. In Europe, that figure is 21.27%. Asian financial institutions clock in at 13.13%, and those in the Middle East and Africa at 14.21%. 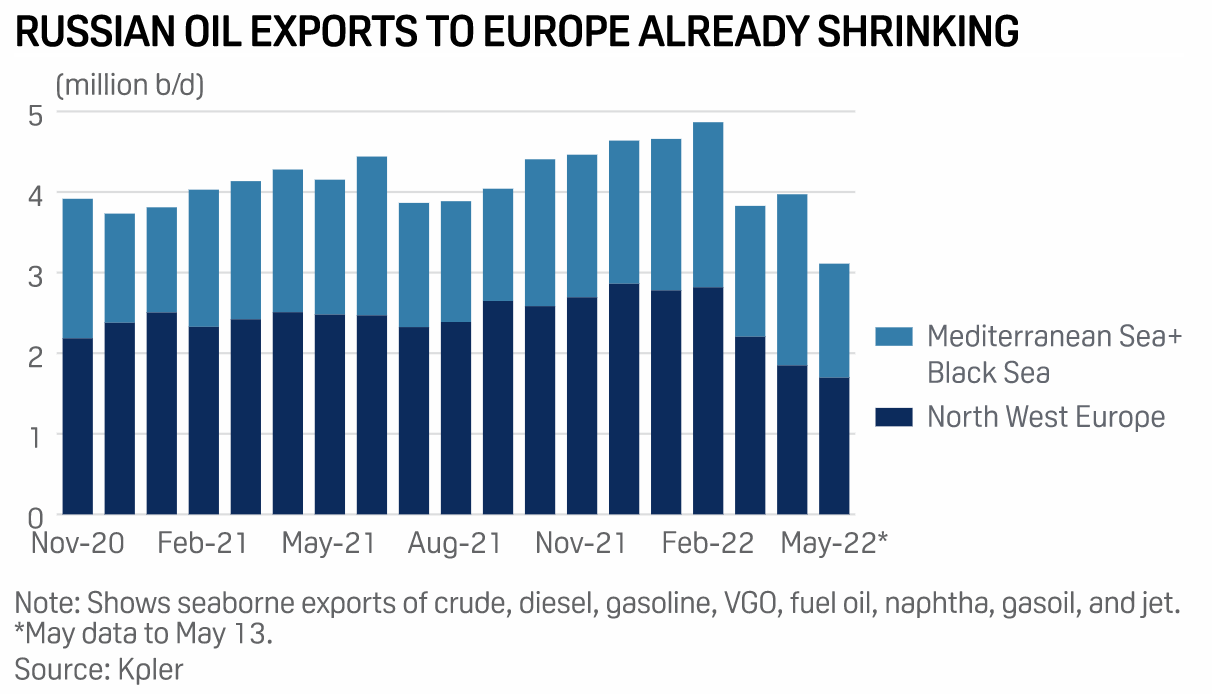 EU leaders agreed a compromise deal to ban Russian oil imports by sea late May 30 in a move set to phase out almost 90% of Russian oil imports into the trade bloc by year-end and trigger a major upheaval in global oil trade. Following weeks of negotiations over the EU's latest Russian sanctions plans, land-locked Hungary finally accepted an exclusion for access to Russian crude via the Druzhba pipeline.

Listen: Next In Tech | Episode 67: Security M&A: Is Winter Coming?

While information security budgets are increasing, the market isn’t being kind to infosec vendors and that could dampen M&A prospects. Returning guests Garrett Bekker and Brenon Daly join host Eric Hanselman to talk about those prospects and look at the implications of the huge Broadcom/VMware deal. That massive transaction has all of the hallmarks of a private equity deal and is an indicator of the shifting market dynamics that will be at play as we head back to an in-person RSA Conference.