The global economic recovery is moving forward even as the delta variant of the coronavirus continues its geographic spread. But investors can’t get seem to get inflation off their minds.

More than half of U.S. investors, totaling 57% of nearly 3,000 investors holding at least $1 million in investible assets surveyed, foresee inflation rising in the next 12 months, according to UBS Group’s quarterly investor sentiment survey. One-third of the 606 U.S. businesses polled by 451 Research, part of S&P Global Market Intelligence, indicated they are raising prices, led by retail and manufacturing industries.

The 0.9% jump in June headline and core Consumer Price Index (CPI) inflation, along with annualized jumps of 5.4% and 4.5%, respectively, sparked widespread market attention. Uncertain variables, like markets’ concern over how the delta variant may affect the global rebound, could push inflation even higher. The Chicago Board Options Exchange Volatility Index, known as the VIX and colloquially as Wall Street's "fear gauge," was trading as high as 24.93 on July 19, marking an approximate 35% increase from July 16 and the highest the index has reached since May 12. While the U.S. Federal Reserve and President Joe Biden have repeatedly characterized current inflationary pressures as transitory, some market participants see peak inflation on the horizon as others expect a longer road ahead.

"We're approaching peak inflation, yes, but the bigger question is not whether core [CPI] inflation will stay at 4.5% but whether it will drop back to 2% or below," Paul Ashworth, chief North America economist at Capital Economics, told S&P Global Market Intelligence. "With wage growth accelerating, cyclically-sensitive price inflation on the rise—housing and food away from home—and inflation expectations rising, I don't believe this is largely transitory."

"We are seeing an inflection point. In general, we'll see inflation moderate going forward," Gregory Daco, Oxford Economics’ chief U.S. economist, told S&P Global Market Intelligence. "We think there will be some stickiness [to inflation]. Core PCE will likely hover around 3%, a little bit lower than currently, in the back half of this year and then moderate in early 2022.”

The upward trajectory in core CPI was mainly driven by higher vehicle prices, which rose 10.5% in June and 45.2% year-over-year for used cars and trucks. Despite recent strong retail sales in the U.S., auto activity has been weakened by shortages of semiconductors and other supplies alongside lagging manufacturing and industrial production. Such increases showcase the challenges that the economy is confronting in keeping pace with pent-up demand for goods—which could reverse as consumers switch to spending on services, according to S&P Global Market Intelligence.

Today is Thursday, July 22, 2021, and here is today’s essential intelligence. 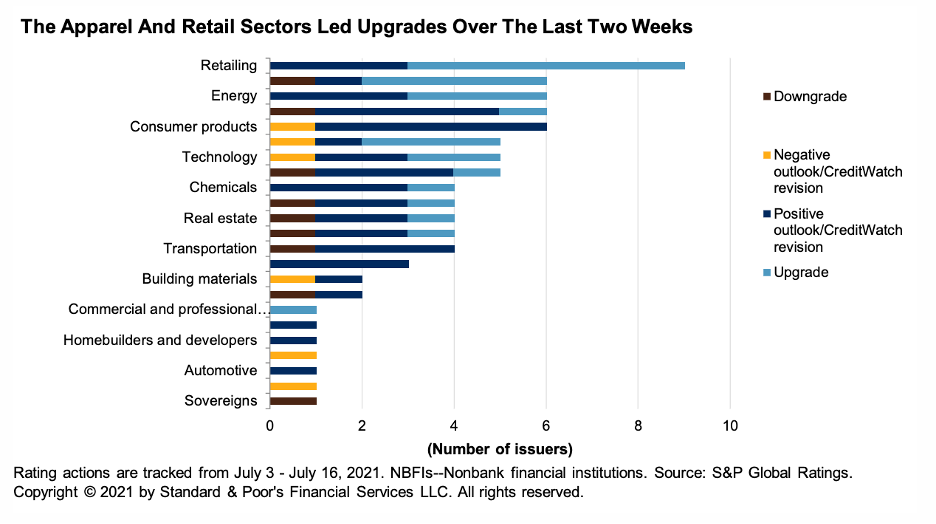 The pace of rating actions has continued to decline after reaching highs in April 2021. The downgrade ratio (downgrades as a percentage of total rating actions) has also declined further; this month as of July 16, there have been only 10 downgrades compared with 28 upgrades.

S&P Global Ratings believes it would be useful to provide additional context about its approach to resolving the CreditWatch placement and to discuss analytical considerations that will determine its issuer credit rating on Telesat, and the issue-level and recovery ratings on the company's debt.

The US Treasury Department has extended for three months an order blocking creditors of Venezuela's state-owned oil company PDVSA from taking control of US refiner Citgo as a result of missed payments on its 2020 bonds.

EU regulators may take a more flexible approach to the implementation of the final Basel III banking reforms as banks call for adjustments to the rules amid a pandemic-battered economy.

Australian Banks Reinstate Loan Deferrals, but Impact on Earnings May be Limited

Australia's major banks may escape the drag on their earnings from once again having to allow customers to defer their loan repayments, after the nation's banking regulator said the delay will not count as arrears or debt restructuring.

Nabil Lahham, HSBC Holdings PLC's head of advisory and investment banking coverage in the Middle East, North Africa and Turkey, who has worked in the region since the early 2000s, spoke to S&P Global Market Intelligence about the investment banking landscape in the MENA region—including heightening competition between domestic and international players, doing multibillion dollar deals over Zoom and the difficulties of attracting and developing staff.. 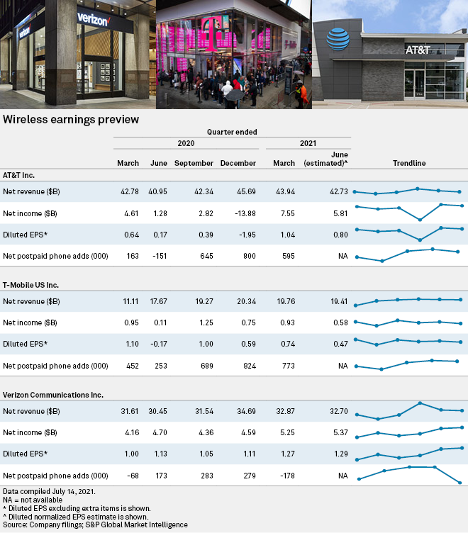 Amid signs of a looming slowdown in its core videoconferencing business, Zoom Video Communications Inc. is hedging its bets on the increasingly lucrative contact center market.

Amazon.com Inc. — and its earnings results — just keep getting bigger, even as the company faces increased regulatory scrutiny over its size and treatment of competition.

Asian banks' recent foray into digital assets backed by blockchain may require a concerted regulatory approach to protect lenders and their customers from the opacity and volatility of crypto products, experts say. 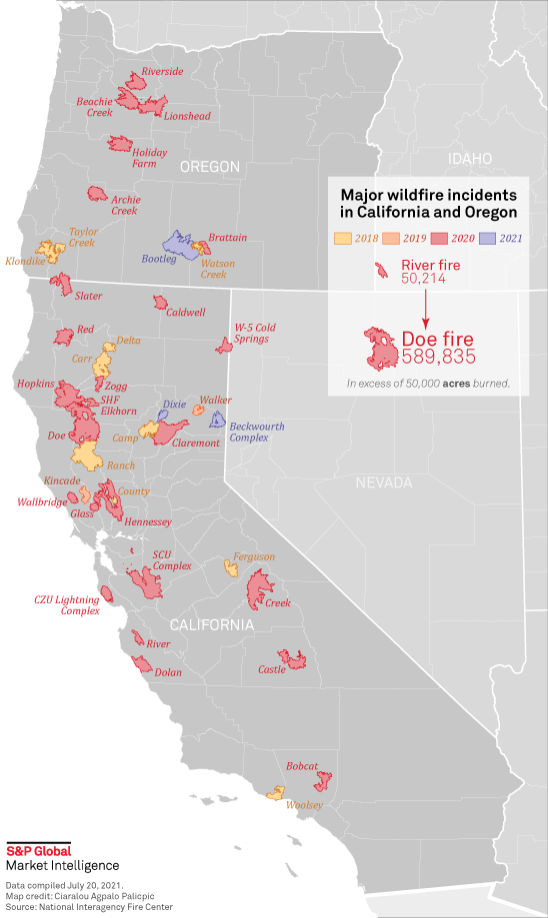 The London Metal Exchange started a new cash-settled futures contract for lithium hydroxide July 19 to bolster transparency and lower risk along battery metal supply chains. The attempt to standardize lithium prices signals the maturation of the specialty commodity in global markets amid escalating demand for the battery metal key to manufacturing electric vehicle batteries, according to industry experts.

Japan expects non-fossil fuel power supply sources to account for roughly 60% of the country's energy mix in fiscal 2030-31 (April-March) under a draft Strategic Energy Plan released July 21 -- more than double the 24% share in FY 2019-20 -- as the country aims to match its 46% greenhouse gas emissions or GHG reduction target by the end of this decade.

The US power industry has been making steady progress reducing greenhouse gas emissions, with power sector carbon dioxide emissions decreasing about 10% between 2019 and 2020 because of a mixture of pandemic impacts, energy efficiency and fuel switching away from coal, a July 20 report said.

While more U.S. shale gas producers are working with environmental, social and governance data providers to demonstrate high environmental and social standards for production, some environmental and investor groups remain concerned about whether those certifications can become an industry standard. 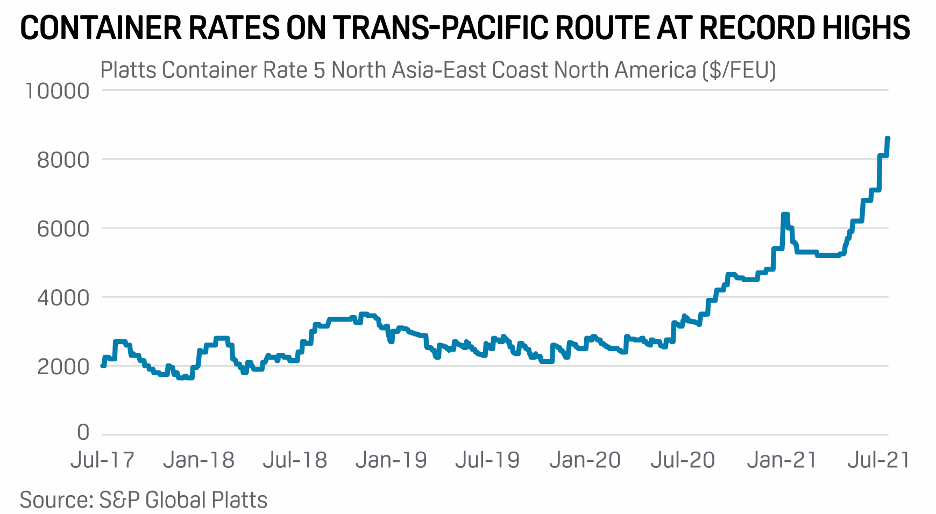 After a year of unprecedented rate hikes and seemingly never-ending operational troubles in the north Asia container market, South Asia may be the next hotbed for equipment shortages and record high rates.

Crude oil futures spiked July 21 back above the $70/b threshold as commodities and stock markets continued to rebound from the big July 19 selloff that was triggered by concerns of rising crude production and potential demand weakness from the rapidly spreading COVID-19 delta variant.

Iraq's power cuts this summer will be exacerbated by blackouts in Iran, which supplies a big chunk of electricity and gas for power generation to its neighbor, and recurrent Islamic State attacks on infrastructure at a time when the Baghdad government is nearing the end of its term.

Twenty US Congress members have requested that President Joe Biden address the concerns of US energy companies operating in Mexico, which argue that the Andrés Manuel López Obrador administration is unfairly limiting competition in order to strengthen state companies.

The long-running drought in Chile could hit production at Antofagasta's Los Pelambres copper mine, one of the world's largest, the London-listed copper producer warned July 21.

The US and Germany have agreed to a number of measures to protect Ukraine's energy security and block any attempts by Russia to "use energy as a weapon" once the Nord Stream 2 gas pipeline starts up, the State Department said July 21.