If and when the U.S. lifts sanctions against Iran, the country has the potential to quickly re-enter the global oil market.

The market is already poised for a robust recovery from the coronavirus-caused demand destruction in the second half of this year. The U.S. Energy Information Agency anticipates the global oil market to rebalance in the third quarter, when the world’s supply may start meeting demand, and for that continue for the remainder of the year. Now, as the talks between the U.S., Iran, and other international partners to determine how Iran can return to nuclear compliance continue through the summer, renewed relations between Washington and Tehran could usher the Middle Eastern economy’s oil output into the flow of the global industry’s new reality.

“We had the capability and we still have it,” Alireza Zeyghami, a former Iranian deputy oil minister for refining and distribution, who was a top adviser to President Raisi during his campaign, told S&P Global Platts when asked whether Iran is capable of a quick production revival considering the sanctions and the country’s shortage of finance and lack of advanced technology, equipment, and parts. “We don't have any problem in terms of gas injection, procurement, consultants, contractors, and we don't have any need [for foreign companies]. Of course, when we say we don't have any need, we don't rule out that all the world needs each other. Therefore, if there are no sanctions, in a friendly, win-win climate, we are willing to work with foreign countries like China, those countries that deal with us fairly. But we are not dependent, we don't need to ask them or give concessions to foreigners to come and work for us.”

International market participants, including OPEC and the International Atomic Energy Agency, have closely monitored the discussions as they’ve clear multiple hurdles. Oil trading partners spanning Russia to Asian markets including South Korea, Japan, and China have expressed interest in engaging with Iran if and when the country’s exports return to the global market.

The election of conservative judiciary chief Ebrahim Raisi as Iranian president last month, who has stated his commitment to the Joint Comprehensive Plan of Action (JCPOA) alongside his mistrust of the U.S., could result in the OPEC producer aiming to increase its oil output and accelerate progress toward a deal, analysts told S&P Global Platts. Trading and shipping sources said that the country has already begun increasing its offshore oil storage capacity in advance of the agreement.

The current oil minister, Bijan Namdar Zanganeh, reiterated last week that despite “extraordinary challenges” Iran has implemented “many measures” to ensure the country can “easily” increase its crude production in “a very short time” to 6 million barrels per day if U.S. sanctions are lifted, according to the state-run news agency Shana. He previously made similar remarks at the end of May, stating then that his “advice to the upcoming government is to prioritize oil output increase to a total 6.5 million barrels per day” and that “we should raise oil production capacity because international restrictions will become problematic for us.”

In the U.S., analysts told S&P Global Platts that Congress is unlikely to block President Joe Biden from returning the country to the 2015 JCPOA, which the Trump Administration abandoned in 2018. Still, others believe that the Biden Administration and U.S. State Department could take weeks at minimum or months at most to lift the sanctions after the two countries agree to rejoin the JCPOA. Some international experts believe the U.S. should rethink its oil-sanctions strategy, as those levied against China, Iran, Russia, and Venezuela have pushed those economies into stronger trading partnerships with each other.

"We've pushed together the sanctioned countries and given them a reason to create an alliance and form financial ties... that allow them to evade those sanctions" and creating an “axis of the sanctioned,” James Bosworth, the author of the Latin America Risk Report, said at a June 29 Wilson Center panel, according to S&P Global Platts. "Any individual country being sanctioned could be punished, but together they have the ability to conduct back trading."

Today is Monday, July 12, 2021, and here is today’s essential intelligence.

Dot Plots are Not Enough In A QE World 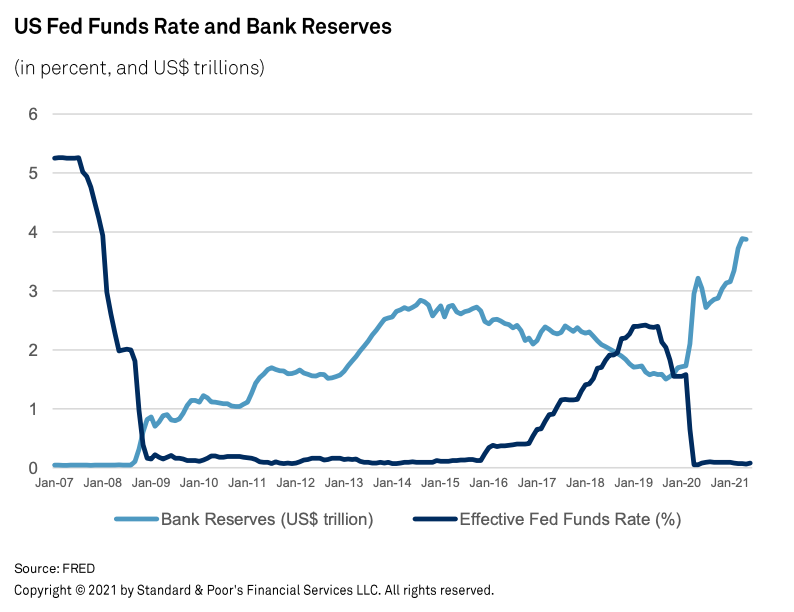 In S&P Global Ratings’ view, while the Fed's dot plots were sufficient input from policymakers to forecast financial conditions in the past (pre-global financial crisis), in a QE (quantitative easing) world, they are unlikely to do so.

AIFs provide an option to invest in different asset classes − such as hedge funds (HFs) and private equity (PE) − primarily for Limited Partners (LPs) that are typically large pension funds, endowments, and family offices. Whilst the net asset value has been increasing, leverage has as well with some funds accessing loans from banks and other institutions 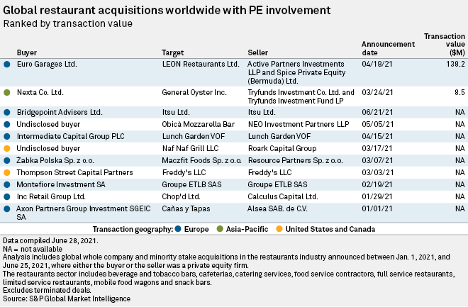 Having raised funds virtually in the middle of pandemic lockdowns, private equity managers are eyeing a middle ground of in-person and online capital raising after finding efficiencies in virtual meetings.

With all of the excitement around 5G technology, the realities of real enterprise value can be hard to discern. Research director Brian Partridge and senior research analyst Erik Keith join host Eric Hanselman to peer through the fog to sort where 5G is today.

—Listen and subscribe Next in Tech, a podcast from S&P Global Market Intelligence

Although Nintendo Co. Ltd.'s new Switch video game console did not turn out to be the significant upgrade that many were expecting, analysts think the device will sufficiently tide hungry consumers over until the company launches a more powerful successor. 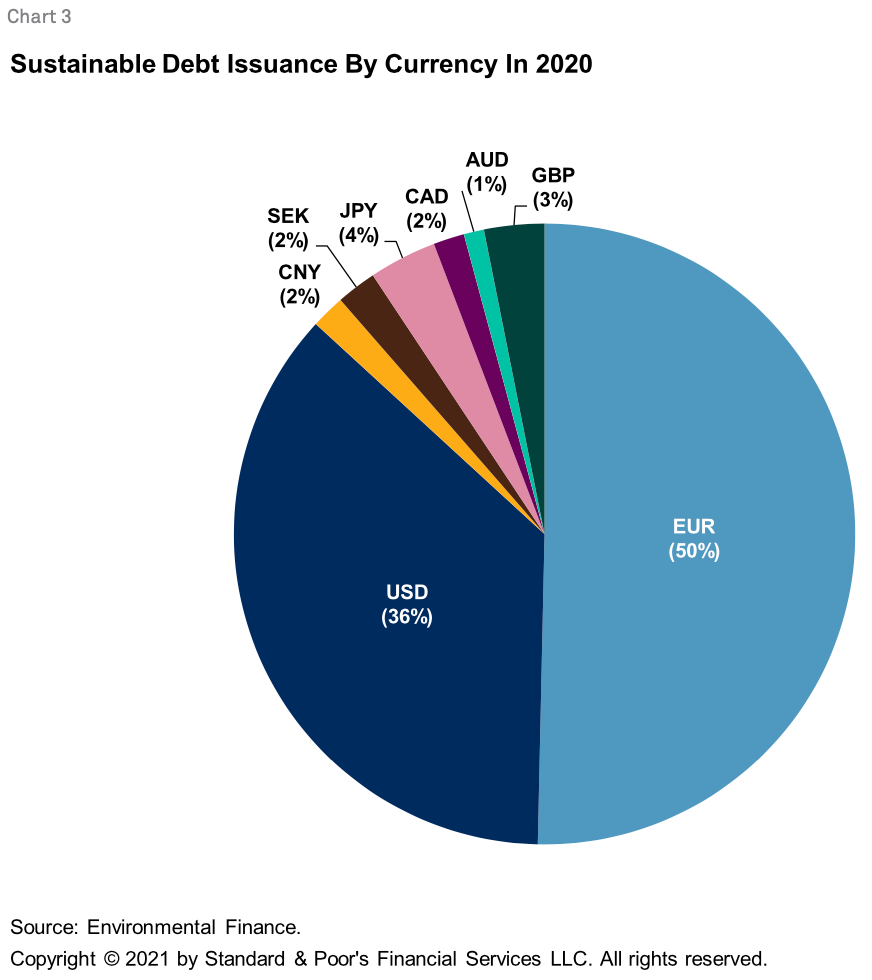 Liquidity across sustainable debt markets is steadily increasing as primary markets expand and interest grows in lower-rated credit sectors. There are signs that sustainable bonds may be pricing at a premium in certain sectors, although it is difficult to isolate ESG factors. Improved standardization within sustainable debt markets could bolster overall liquidity further, but higher financing costs and lower liquidity could impact issuers that fail to meet investors' ESG thresholds. Greening monetary policy operations might not be an easy task, but options exist, and their implementation could accelerate the development of green liquidity, especially in the corporate bond space.

Project finance banks have long been key players in the renewable energy transition, providing low-cost funding for the expansion of the booming sector. Now, lenders are eyeing similar roles in the emerging green hydrogen market, where ambitious deployment targets have increased private-sector financing needs to €430 billion by 2030.

Australia's LNG producers are starting to test the waters for blue hydrogen, but the new fuel is yet to kick off in a big way and several factors will determine its growth trajectory and its place in the repertoire of the country's energy exports.

India's ACME Solar Holding Private Limited, a 5.5 GW renewable energy company, is set to launch its first renewable hydrogen and ammonia "semi-commercial" plant in Rajasthan state by July-August, the company's top executives said in an interview July 9, adding that the facility could generate energy at well below the price levels currently heard in the nascent industry.

Transparency Will be Key to Growth of Carbon-Neutral LNG Market, Study Finds

The budding trade of carbon-neutral LNG cargoes could play an important part in determining the role of the fuel in the energy transition, but improved transparency about climate-warming emissions by LNG buyers and sellers will be a key component of developing a "robust and trusted" market, according to a new study out of Columbia University's Center on Global Energy Policy.

Extending the EU's Emissions Trading System to include road transport and buildings would be a high-risk, low-reward strategy for consumers, the European Consumer Organization BEUC said in a press briefing July 9.

Listen: For Canada's Crude Market, It's A Time of Trials And Tribulations

It's been a tumultuous stretch for Canadian crude as the coronavirus pandemic and infrastructure uncertainty have impacted the market. However, prices have risen to a level that supports higher production and increased takeaway capacity may provide differentials some uplift. S&P Global Platts editor Patrick Harrington discusses Canada's crude prices, infrastructure and politics.

Japan to Remain Committed to Oil and Gas Development Projects

Japan will remain committed to upstream oil and gas developments and plans to boost its ratio of equity oil and gas as it expects the fuels to play a key role in the country's energy transition and 2050 carbon neutrality pathway, a senior government official told S&P Global Platts July 9.

China's top low sulfur fuel oil producer Sinopec is likely to use up its export quotas for bonded bunkering in August, which would lead to tight supplies at the country's bonded bunkering ports until new allocations are issued, market sources with knowledge about the matter told S&P Global Platts July 9.