The World Just Keeps Getting Older

Demographic trends are easy to foresee but hard to anticipate. When China announced last week that its population had shrunk in 2022 for the first time since the 1960s, market observers expressed pessimism for the future of Chinese economic growth. Yet this demographic shift has been predicted for years. Global populations are aging. Inevitably, this will affect government expenditure, debt, growth and sovereign debt. But these effects remain tantalizingly just beyond our grasp.

On Jan. 18, a team of researchers at S&P Global Ratings published "Executive Summary: Global Aging 2023." The article, which outlines risks for long-term sovereign ratings due to aging populations, is the follow-up to "Global Aging 2016: 58 Shades Of Gray." Aging populations represent a unique challenge to governments. As people move past their peak earning years and enter retirement, the cost of government healthcare and retirement benefits increases. If the retirement cohort is large enough and isn’t offset by a similarly large group of young people joining the workforce, the drain on revenues can be severe. In fact, across the developed world, falling birth rates mean the population is shifting older all the time.

“If you think about [it], in the developed world, people have stopped having as many children for quite some time … because the improvements in access to contraception or infant mortality rates pushed fertility rates much lower,” James Pomeroy, global economist at HSBC, said during a recent interview on S&P Global’s "The Essential Podcast."

“But actually, what's really been the case in the last 20 or 30 years in the developed world, I think, is big social changes. You've had people getting married much later, people are having their first child much later.”

The team at S&P Global Ratings forecasts that because of a globally aging population, almost half of sovereigns could be marked speculative grade by 2060. However, offsetting fiscal measures such as higher taxes or reduced benefits may mitigate the effects of the demographic change. In any case, the team considers it unlikely that the market for debt could absorb vast amounts of speculative-grade sovereign debt. Ominously, S&P Global Ratings describes the aging demographic as “a ticking clock” for governments worldwide.

In the medium term, countries like India, the Philippines, Indonesia and Vietnam are benefiting from favorable demographics, with a young population entering prime earning (and thus tax-paying) years. According to some estimates, India may have already overtaken China as the world’s most populous country.

In China, the working-age population is slated to decline by 20% by 2050. This reduction in the country’s labor force would drag on the economy's long-term growth and increase pension and health costs. China has been the world’s engine of growth for two decades. A slowdown driven by its demographics has global implications.

Today is Monday, January 23, 2023, and here is today’s essential intelligence. 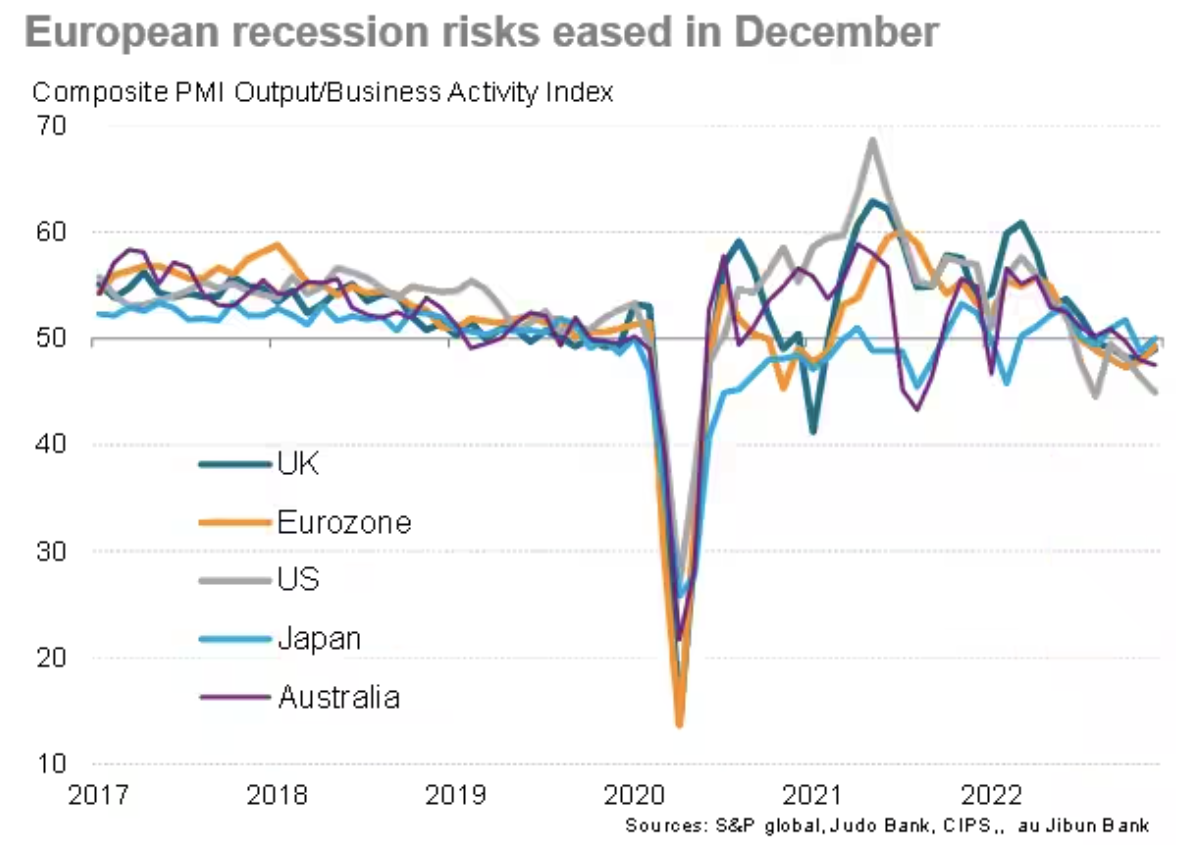 January flash PMI data from major developed economies will be unveiled in the coming week for the earliest indications of economic conditions at the start of 2023. Other key data releases to watch include US Q4 GDP, core PCE and personal income and consumption data. APAC economies such as Australia, New Zealand and Singapore will also update inflation figures and South Korea and the Philippines release Q4 GDP data. Meanwhile central bank meetings will be held in Canada and Thailand. 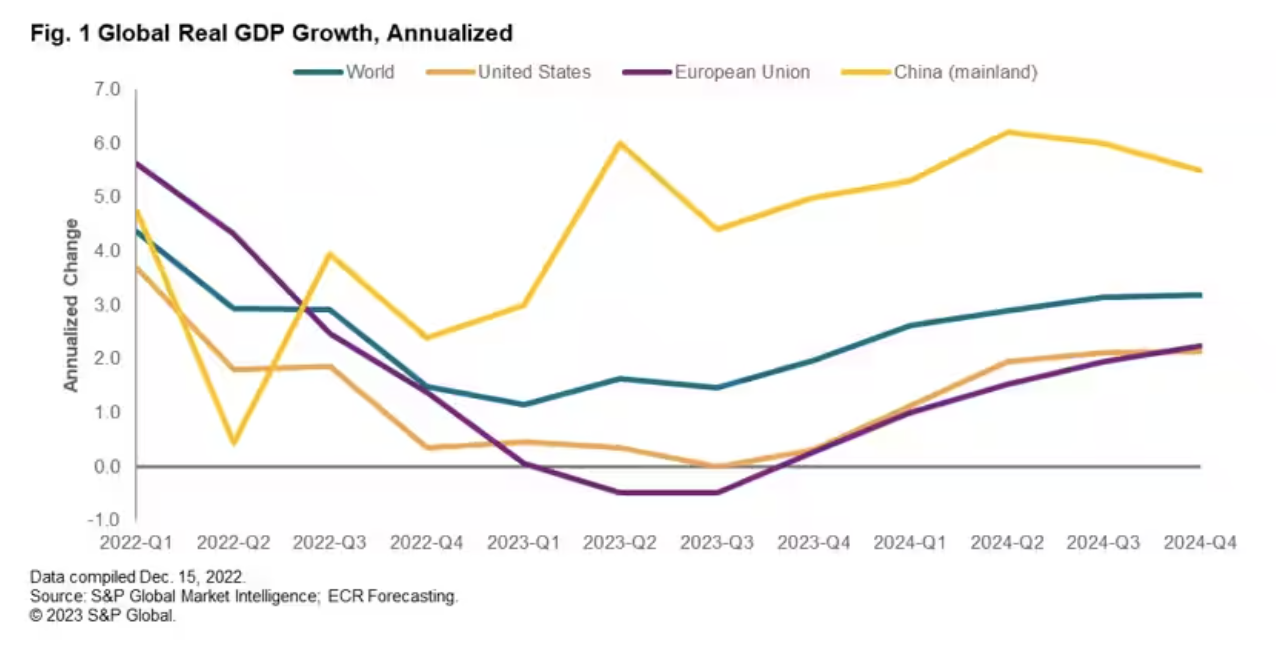 The long-awaited downturn in global trade will take place in 2023. Supply chain realignments that have been years in the making will begin to take effect. New research uses S&P Global Market Intelligence's proprietary trade forecasts and bill-of-lading data to unearth the key trends to watch in 2023. Boom time demand and supply chain inflation will both reverse in 2023, dragging on the volume and value of global trade. S&P Global Market Intelligence's global trade forecasts, shown in Figure 1, find that a downturn in the automotive and consumer goods trade will be offset by machinery and electrical goods.

Beyond ESG With Key Sustainability Trends In 2023 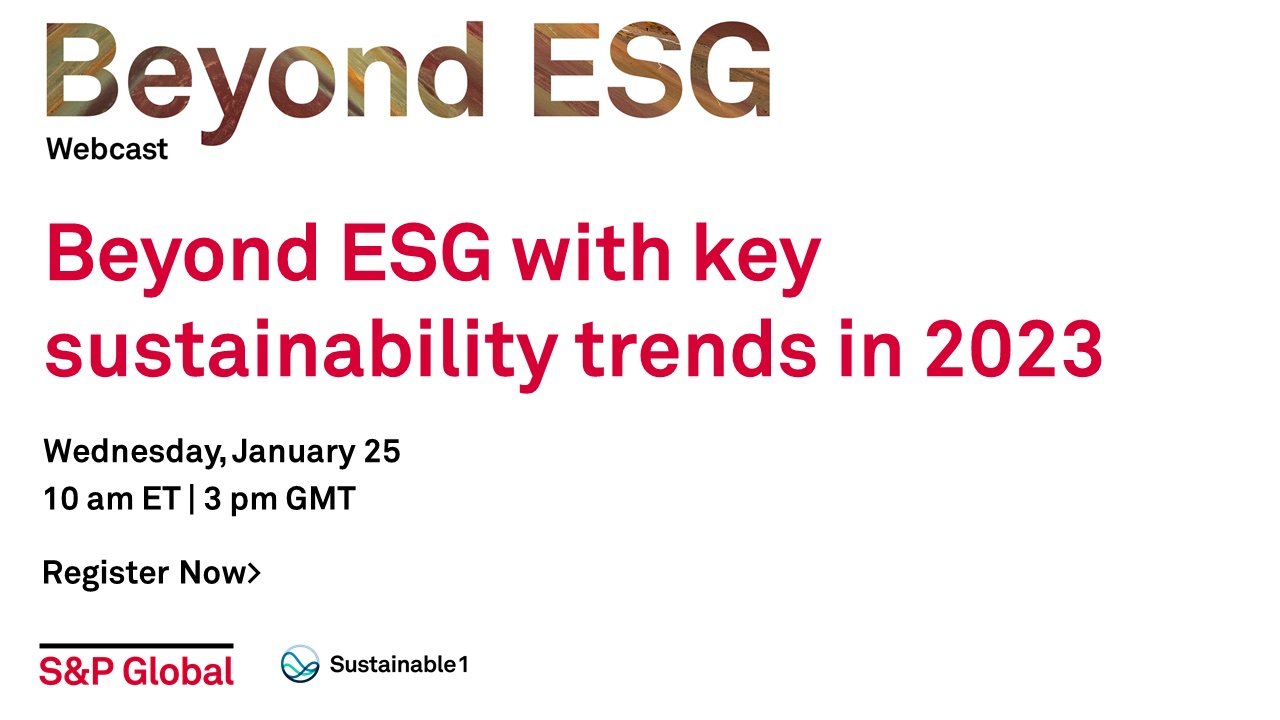 —Register for the webinar from S&P Global Sustainable1 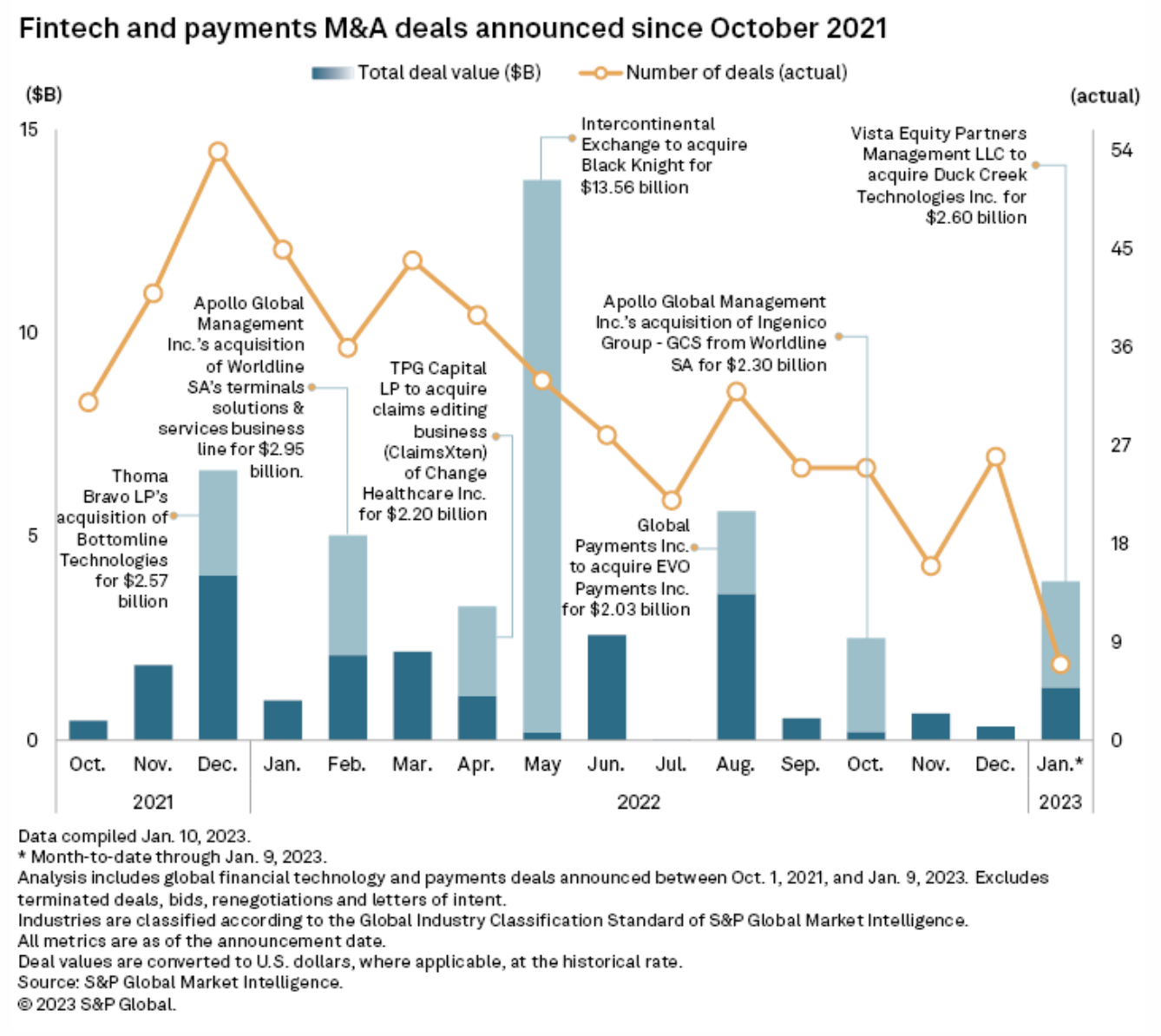 The slashed valuations of some publicly traded financial technology companies will continue to prompt M&A interest from strategic and private equity buyers. Many fintech companies went public with lofty valuations during the latest peak around 2021 only to see their share prices plummet in 2022. The one-year total return of the S&P Kensho Future Payments Index was negative 19.09% as of Jan. 19, and opportunistic buyers — such as private equity firms — are hoping to take advantage of the depressed values. 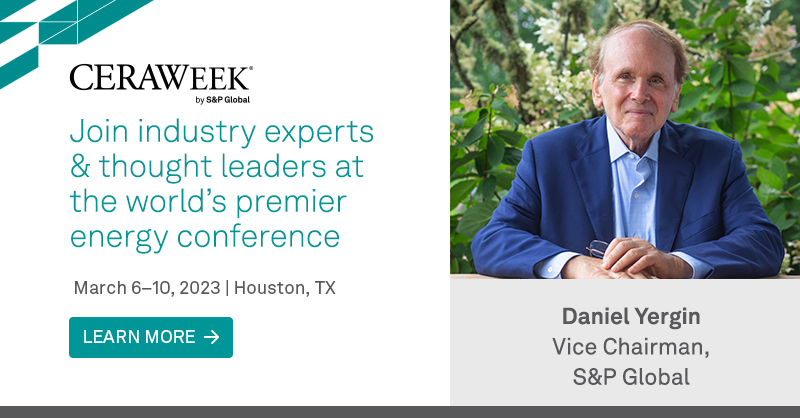