Pushback against “greenwashing” is permeating the environmental, social, and governance (ESG) investing space. Are market participants’ fears that companies are misleading investors about their environmental engagement far-fetched—or justified?

As ESG has become mainstream, investors have grown concerned about greenwashing—which occurs when companies make overstated or misleading claims regarding their sustainability performance. S&P Global Ratings research indicates that, in reality, greenwashing hasn’t become widespread. But in other areas of the fight against climate change, greenwashing may be running rampant, according to  S&P Global Sustainable1.

Global participants in the voluntary carbon market have faced chaotic claims over whether low-quality credits have been used to claim sustainability goals in corporate reports, that carbon credits are being issued with debatable credentials, and over low prices that aren’t reflective of the actual costs associated with emissions mitigation, according to S&P Global Platts. Earlier this year, environmental groups Greenpeace, Earthworks, and Global Witness accused Chevron of greenwashing in a complaint to the U.S. Federal Trade Commission, alleging that the energy giant was "egregiously misleading consumers" by exaggerating its investments in renewable energy and efforts to reduce greenhouse gas emissions.

“Key stakeholders, including consumers and investors, have started pressuring companies to demonstrate their ESG credentials either through commitments and actions at the corporate level, the products they offer, or the instruments they use for financing. Governments and regulators have also introduced enhanced standards and regulations to support increased disclosure and consistency of ESG reporting. This ESG push, which has been propelled by legitimate risks and concerns important to market participants, has led to an inevitable and exponential rise in the volume of green claims made by companies in their attempt to demonstrate sustainability credentials to their stakeholder base,” S&P Global Ratings said in a report this week. “However, the sheer volume of ESG marketing and labelling, in combination with nonuniform sustainability commitments and reporting, has made it increasingly difficult for stakeholders to identify which claims are trustworthy and reliable and which are unreliable—or, in industry terms, ‘greenwashed.’”

Adamant that greater transparency in ESG disclosures and improved uniformity in ESG methodology will eradicate most greenwashing, market participants are holding companies to account. A lack of transparency in instrument labeling, reporting, and data disclosure has prompted stakeholders to question whether greenwashing has dampened excitement surrounding the incredible recent growth in sustainable, green, social, and sustainability-linked bond issuance, according to S&P Global Ratings, which believes could skyrocket to surpass $1 trillion in 2021—five times the size of the market in 2018.

The U.K. government is studying the country’s energy retail sector to investigate whether companies are engaging in greenwashing over electricity tariffs. Elsewhere in Europe, the market is looking to standardization and new regulations—including the Sustainable Finance Disclosure Regulation, or SFDR, which mandates ESG risk disclosures; the EU Green Bond Standard, which proposes strict new definitions of what the bloc characterized as “gold standard” sustainable debt; and the Taxonomy Regulation, a classification system for environmentally friendly economic activities—to make it difficult for players to cheat in the game.

“While there are increasing concerns that these potentially misleading practices are taking place, there seems to be little evidence that they have become widespread in reality,” S&P Global Ratings said. “Regulations and principles could help mitigate ESG washing risks, but the road to harmonization is long and winding.”

Today is Thursday, August 26, 2021, and here is today’s essential intelligence.

Default, Transition, And Recovery: The European Speculative-Grade Corporate Default Rate Could Fall To 3.25% By June 2022 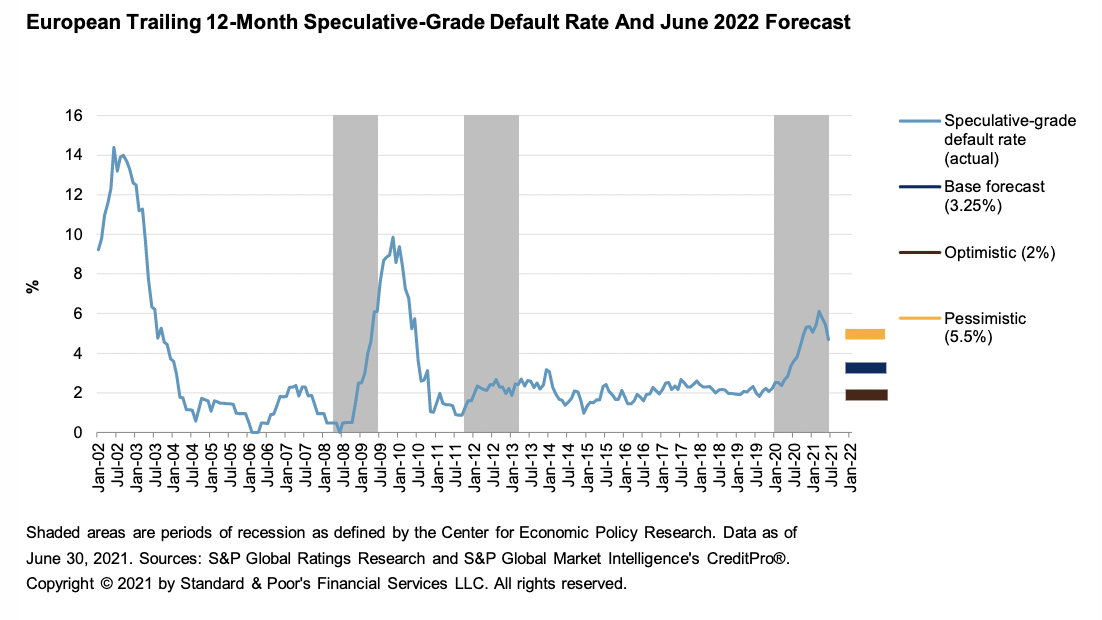 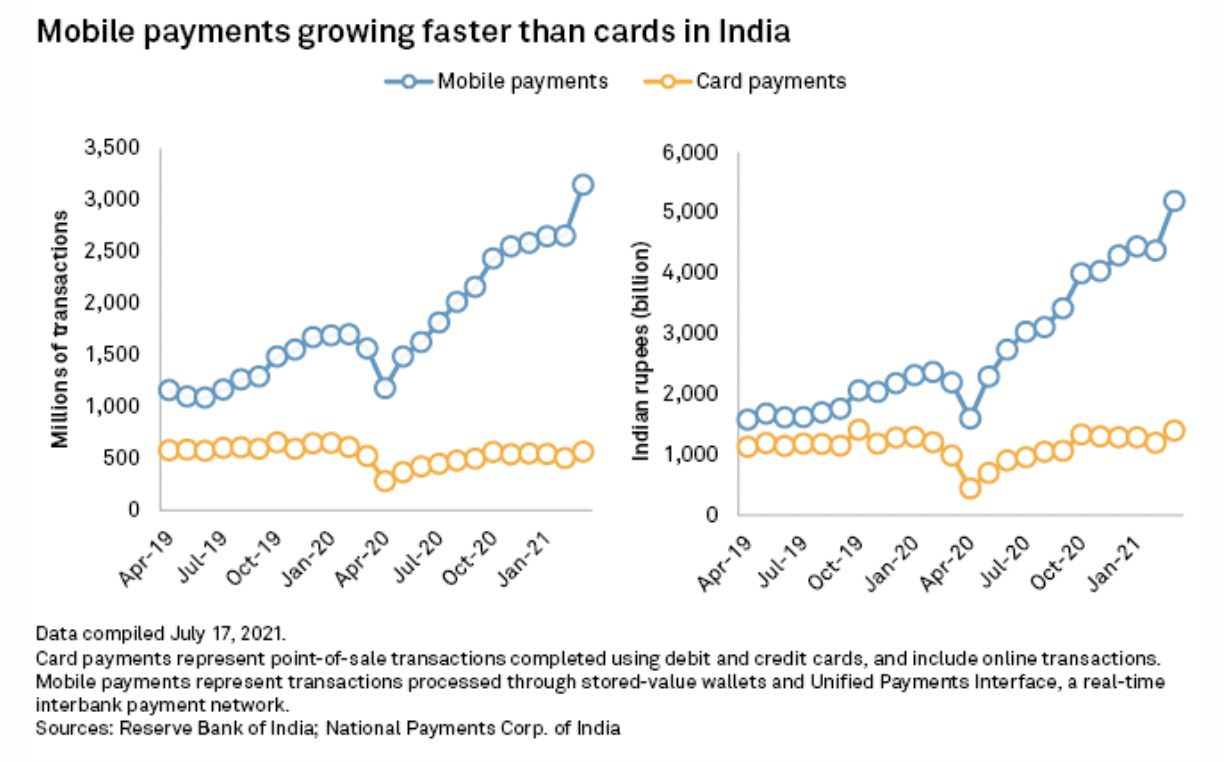 One97 Communications Ltd., set to launch what may become India's biggest-ever initial public offering, may invest more in its lending and wealth management operations to counter the thin margins in its main business of online payments, analysts say. The debut is widely anticipated as One97 operates Paytm, India's biggest online payments platform, and is 38% owned by Chinese fintech giants Alibaba Group Holding Ltd. and its affiliate Ant Group Co. Ltd. 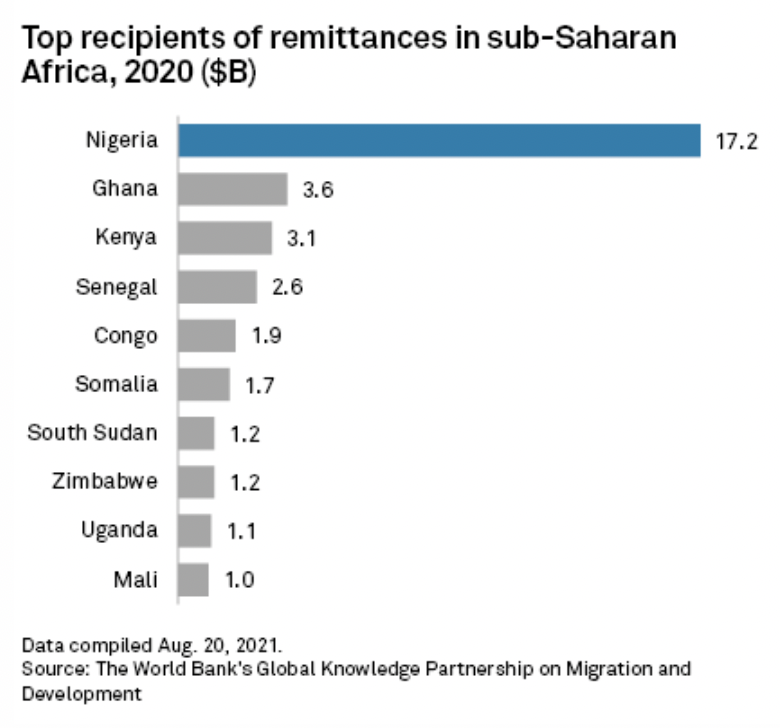 Nigeria is set to test a central bank digital currency from October, a move that could reshape the country's financial landscape and push legacy banks to adapt the services they offer. A central bank digital currency, or CBDC, could help the regulator limit black market trading in the naira, bolster in-bound remittances and reduce so-called leakages from state-funded social programs, according to industry observers. 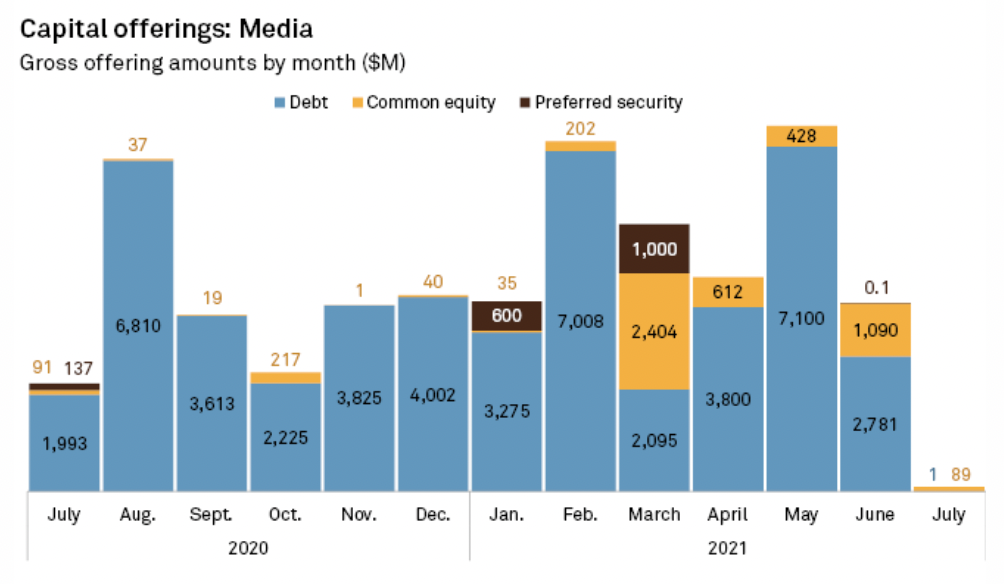 The media sector took a big breather from the capital markets in July as the sector rounded the pandemic liquidity crunch and rested on large stockpiles of existing cash. Media companies in the U.S., Canada and Bermuda raised about $90 million through capital offerings during the month, the lowest total for the sector by far in the past 12 months. The pullback comes after a frenzy in the capital markets a year prior as the biggest publicly traded companies sought to shore up their balance sheets amid the pandemic, analysts said.

Telco Capital Raises Grind To A Near Halt In July

Publicly traded telecommunications companies in the U.S., Canada, and Bermuda raised a meager $100,000 through capital offerings in July, all of which came through common equity offerings, marking the sector's lowest monthly total for 2021. Despite persistent low interest rates and robust capital markets in some earlier months in the year, debt analysts were not surprised at the flatlining in July.

Over the past eight years, set-top box energy consumption has declined 52%, according to recent research from independent auditor D+R International, falling from 32.0 Terawatt-hours in 2012 to 15.2 TWh in 2020.

Mobility data and analytics company Arity LLC and insurtech underwriter Root Inc. are taking advantage of existing devices and information to rapidly assess drivers, in some cases allowing for instant quotes. That makes it quicker and easier for customers who choose to make their data available know what they might have to pay for usage-based policies, which can be cheaper than traditional policies.

America's leading solar lobby wants the U.S. government to change how it enforces a ban on imports linked to alleged labor abuses as the trade group tries to contain the fallout from a recent crackdown. George Hershman, president of Swinerton Renewable Energy and chair of the Solar Energy Industries Association trade group, said in an interview that solar panel importers should be required to document their supply chains back to polysilicon producers rather than having to account for raw-material suppliers further upstream.

US project developers installed 5.62 GW of clean power capacity in second-quarter 2021, a record for Q2 installations and an increase of 13% year over year, the American Clean Power Association announced Aug. 24 in its quarterly report. Additions for the first half of 2021 totaled 9.915 GW, up 17% year on year to surpass 2020 as the most active six months in new clean power installations, according to an ACP statement accompanying the report.

Tennessee Gas Pipeline offered the Federal Energy Regulatory Commission what it called a "more realistic" estimate of greenhouse gas emissions associated with its East 300 Upgrade Project, applying an average utilization rate, as debate continues over a new approach to considering climate impacts at the commission.

As New York implements a nation-leading climate law, business groups, climate activists and ratepayer advocates are closely watching the state's new governor and seeking opportunities to influence how her administration shapes natural gas policy. The departure of Andrew Cuomo — a pugilistic executive known for his top-down approach — could empower policymakers to more freely express their views on energy policy, stakeholders said. Yet interest groups also acknowledged that Gov. Kathy Hochul's rise to power injects fresh uncertainty into policymaking, raising questions about how she will weigh on the transition from gas to electric heating, uptake of renewable gas, and fossil fuel infrastructure investment.

30 Years On: How The Collapse Of The Soviet Union Transformed Russia Into A Global Energy Powerhouse 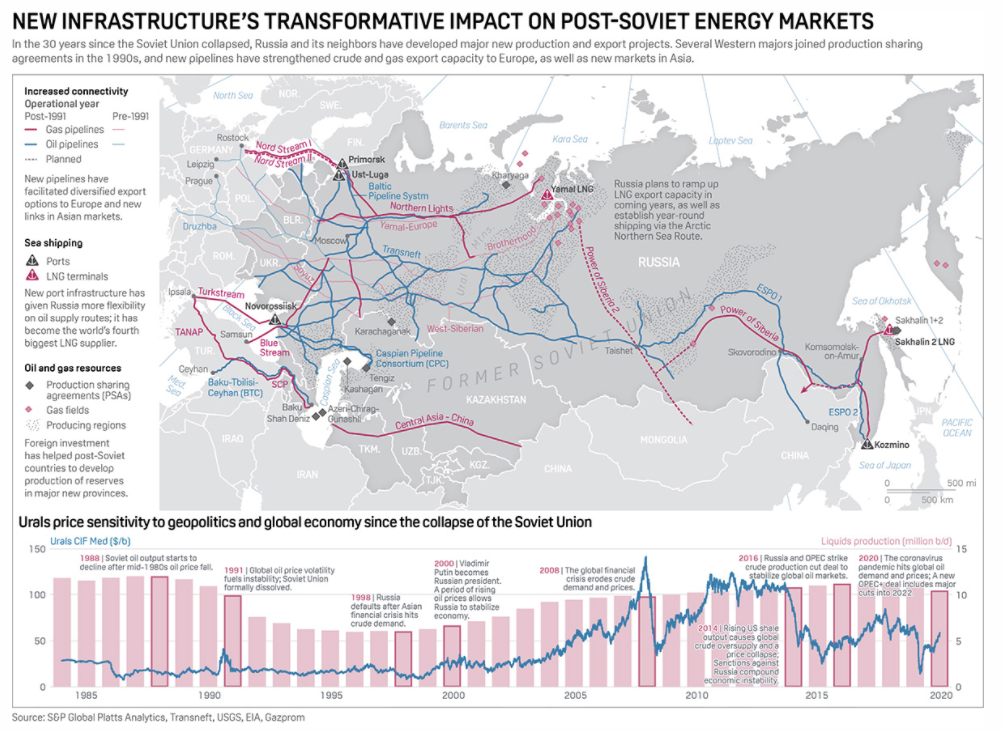 It has been 30 years since the collapse of the Soviet Union, an event which had a major impact on global energy markets. A drop in oil prices in the late 1980s was exacerbated by a decline in Soviet oil production from 1988. This put pressure on the Soviet economy, which contributed to political instability and growing calls for independence throughout 1991.

Iran's Parliament on Aug. 25 confirmed Javad Owji as the country's new oil minister, taking on the job at a critical time when OPEC's fourth-biggest crude oil producer faces stalled nuclear talks that could pave the way to add more barrels to the market and regain lost share.

Spotlight: Asia Trades Ahead On The Cycle, Buying Crude For Oct-Nov Runs But The Market Signals Are Not Constructive

In June, Asia's most important countries (China, India, Japan and South Korea) crude imports dropped to their lowest so far this year at around 18 million b/d, down 500,000 b/d month on month and posting a decline of almost 2.5 million b/d year on year, mostly driven by China, which saw its imports declining by 3.1 million b/d. The impact on physical crude differentials is evident.

As the Environmental Protection Agency gears up to announce how much renewable fuel must be mixed with gasoline and diesel in 2021 and 2022, 17 oil-state senators are calling on the agency to ease perceived compliance burdens on the U.S. oil refining sector by waiving 2020 blending obligations and setting lower requirements for the following years.

Six corporate entities tied to Chinese billionaire Liu Zhongtian were found guilty by a US federal jury of participating in a wide-ranging conspiracy to defraud the US using a wire-and-customs fraud scheme to avoid paying customs duties and boost the value of China Zhongwang Holdings, Asia's largest manufacturer of aluminum extrusions, according to a statement from the Department of Justice.