As one of the few companies to benefit from the coronavirus crisis, Amazon has solidified its position as a mainstay in consumers’ lives. Now, however, the recovery is on the horizon and communities are ready to re-emerge from time spent at home. Intensifying antitrust scrutiny and concerns about the company’s workplace practices are overshadowing Amazon’s convenient one-click shopping and rapid delivery services. What implications might the changing conditions and compounding challenges have for a post-pandemic Amazon?

In the near-term, little appears to have changed. Amazon’s total revenue is likely to increase by more than double in the next five years, to $821.53 billion in 2025 from $386.06 billion in 2020, according to S&P Capital IQ data of consensus estimates. The projection points to analysts’ expectations that the behemoth can weather the storm of pressures it currently faces to keep its position as a powerful tech and retail player. Last year, Amazon's online store sales expanded to $197.35 billion in 2020, accounting for 51% of the company's total revenue in 2020. Online shopping is anticipated to accelerate even as the global economy heals and communities return to normalcy.

But Amazon is in the proverbial hot seat. Congress is planning further antitrust activity after spearheading several lawsuits last year, and a national coalition of small businesses on April 6 launched a campaign against Amazon calling for stronger antitrust laws. The company is also facing a series of challenges pertaining to the treatment of its workforce during a crisis that has intensified the importance of social issues, including workplace safety.

The vote count to determine whether nearly 6,000 eligible workers at the company’s Bessemer, Alabama, fulfillment facility will establish the first-ever unionized Amazon warehouse in the U.S. is underway. The U.S. National Labor Relations Board, which is conducting the historic proceedings, will certify the new union if more than half of voting employees are in favor.

"The two issues that are most important to them are being treated with respect, which they don't think they are by Amazon, and their safety when they work for Amazon," Stuart Appelbaum, president of the Retail, Wholesale and Department Store Union, which led this unionization drive, told S&P Global Market Intelligence. He said that the majority of the Amazon workers at the Alabama facility expressed interest in joining a union to advocate for better conditions, in the face of the company actively trying to convince them not to organize at facility meetings and in advertisements in local media. “It's the most aggressive anti-union campaign that I've seen,” Mr. Appelbaum said.

The union effort could catalyze shifts across the global retail landscape. Already, Amazon’s unionized employees across Europe are striking against their employer over their concerns regarding wages, workloads, and safety.

"No doubt, Amazon workers and probably other retail workers too, in Europe and all over the world, are paying attention to what is going on in Alabama," Joshua Freeman, distinguished professor of history at Queens College and the Graduate Center of the City University of New York, told S&P Global Market Intelligence.

Separately, the U.S. National Labor Relations Board found on April 5 that Amazon retaliated illegally against two activist employees, who had publicly urged their employer to address concerns over its impact on the climate and the safety of warehouse workers, when it fired them in 2020.

The company has been the subject of privacy concerns regarding its surveillance of delivery workers on the job, as well as other artificial intelligence products available publicly.

In 2018, the retailer was one of the first in the U.S. to raise its minimum wage to $15 an hour in an effort to address workers’ compensation needs with living wages. Prior to recent actions, employees have long protested the company’s working conditions. In February, the Federal Trade Commission reached a $61.7 million settlement with Amazon over the corporation’s withholding of tips for its contract delivery drivers.

"Our employees choose to work at Amazon because we offer some of the best jobs available everywhere we hire, and we encourage anyone to compare our total compensation package, health benefits, and workplace environment to any other company with similar jobs," Amazon spokesperson Heather Knox said in an email to S&P Global Market Intelligence earlier this year.

Under new leadership, the company could take a different direction. Amazon CEO Jeff Bezos will step down from his position to assume a new role as executive chair of the board in the third quarter, and will be succeeded by Andy Jassy, the current CEO of Amazon Web Services.

Some market observers see the path ahead paved with few obstacles for the incoming leader. "His job [as future CEO] is a lot easier than it was five years ago," Michael Levine, senior research analyst for Internet and media at Pivotal Research Group, told S&P Global Market Intelligence, explaining that he will largely just need to focus on continuing Amazon’s growth and innovation because the company’s retail businesses are already successful.

Others expect Mr. Jassy to be well suited to take on the current challenges due to his demeanor. "He's got a very low heartbeat, which is going to serve him well," Jason Boyce, founder of Avenue7Media, a top-seller on Amazon, told S&P Global Market Intelligence.

Today is Wednesday, April 7, 2021, and here is today’s essential intelligence. 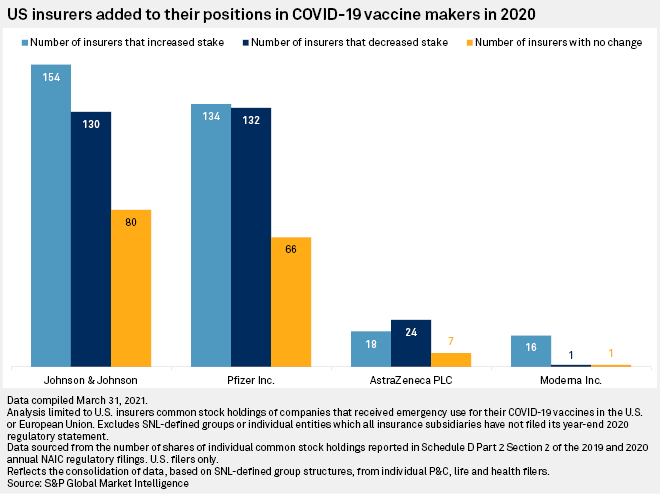 As a number of pharmaceutical companies rushed to create COVID-19 vaccines in 2020, U.S. insurers added to their equity investments in those companies. Johnson & Johnson is the latest drugmaker to receive an emergency use authorization for a COVID-19 vaccine in the U.S., as the Food and Drug Administration signed off on its shot in February.

The U.S. Department of Commerce will hold a virtual forum April 8 to discuss policy designed to mitigate risks associated with the shortage of semiconductors used in critical defense systems. Feedback from the forum, held by the department's Bureau of Industry and Security Office of Technology Evaluation, will be used to create policy recommendations for the White House on how to strengthen domestic manufacturing and lessen the country's reliance on east Asia, where semiconductor production is concentrated. 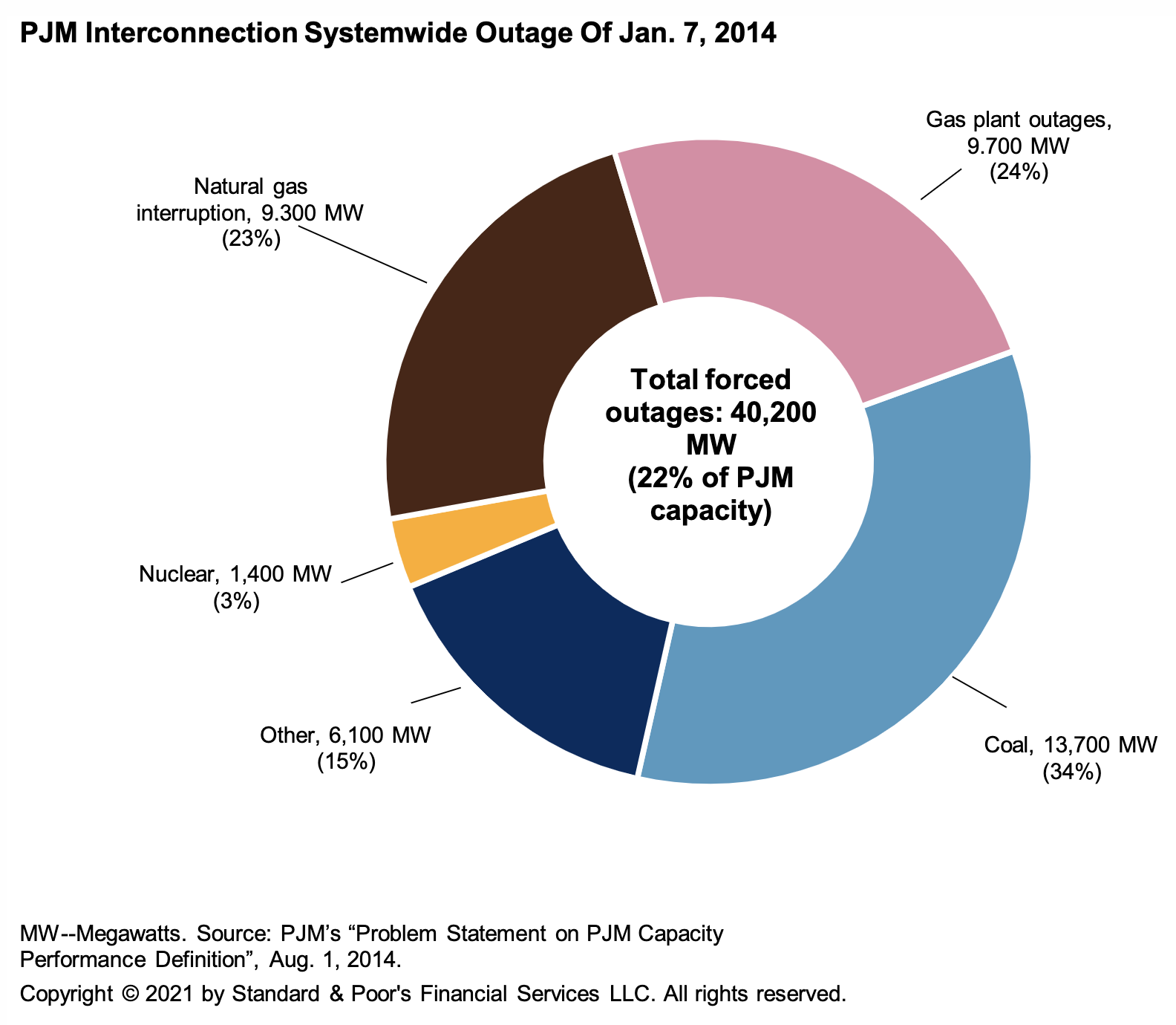 S&P Global Ratings thinks a confluence of factors is increasing systemic risks in the power sector and is now influencing credit quality in the sector. Power markets are backwardated in prices as technology lowers the cost curve of generation. This uncertainty has caused independent power producers to lose some long-term investors.

A few U.S. homebuilders stand on the threshold of investment-grade ratings, more than 10 years after the epic downturn in the late 2000s. Homebuilders have been reducing debt into favorable industry dynamics for several years, dropping leverage to its lowest point in more than a decade. Most U.S. homebuilders continued to strengthen their credit profiles through the pandemic, underpinned by consumers' desire for more space, builders' pricing power, and good cash flow. S&P Global Ratings has a positive outlook on more than one-quarter of issuers in this mostly spec-grade industry, because financial discipline before the pandemic is yielding stronger ratios and growing credit buffers.

Inflation has not been a lead story in the U.S. financial press for many years. But with the Treasury yield curve steepening, commodity prices rising and stimulus money filling consumer pockets, it is now a front-page topic. The high yield and leveraged loan markets have encountered only brief bouts of inflation in their relatively short histories, and never at the levels experienced in the 70s and 80s. In the absence of institutional memory, how might those asset classes react if inflation were to take off in today's markets? 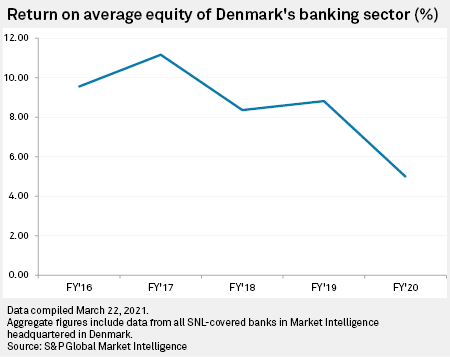 Four merger announcements toward the end of 2020 marked the beginning of a wave of consolidation in the Danish banking sector that analysts believe will continue in 2021. Future deals may, however, not offer the same opportunities for value creation due to recent share price gains.

The United Arab Emirates' four largest banks have substantial loan exposures to real estate at a time when Dubai's property sector is set to remain under pressure for the coming 12 to 24 months. 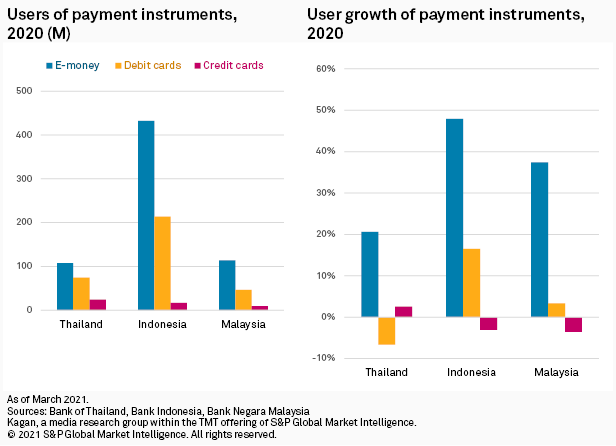 Facebook's Planned Kid-Friendly Instagram App Not All Sunshine And Rainbows

Long considered a hip millennial magnet, Facebook Inc.-owned Instagram LLC now has its sights set on an even younger demographic. Facebook recently confirmed it is in the early stages of developing an Instagram-like platform for children under 13 that would be free of targeted advertising and more closely monitored for various types of harmful content. 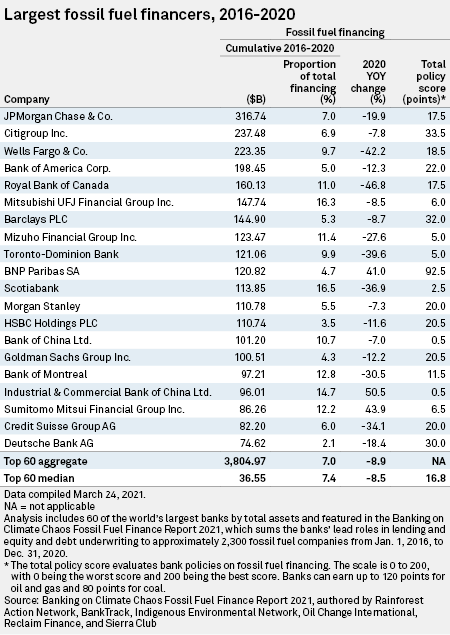 Commercial-scale hydrogen production from nuclear reactors is on the horizon, but its potential deployment will ultimately hinge on federal policies to drive market demand, private sector investment, and infrastructure build-out, experts said. 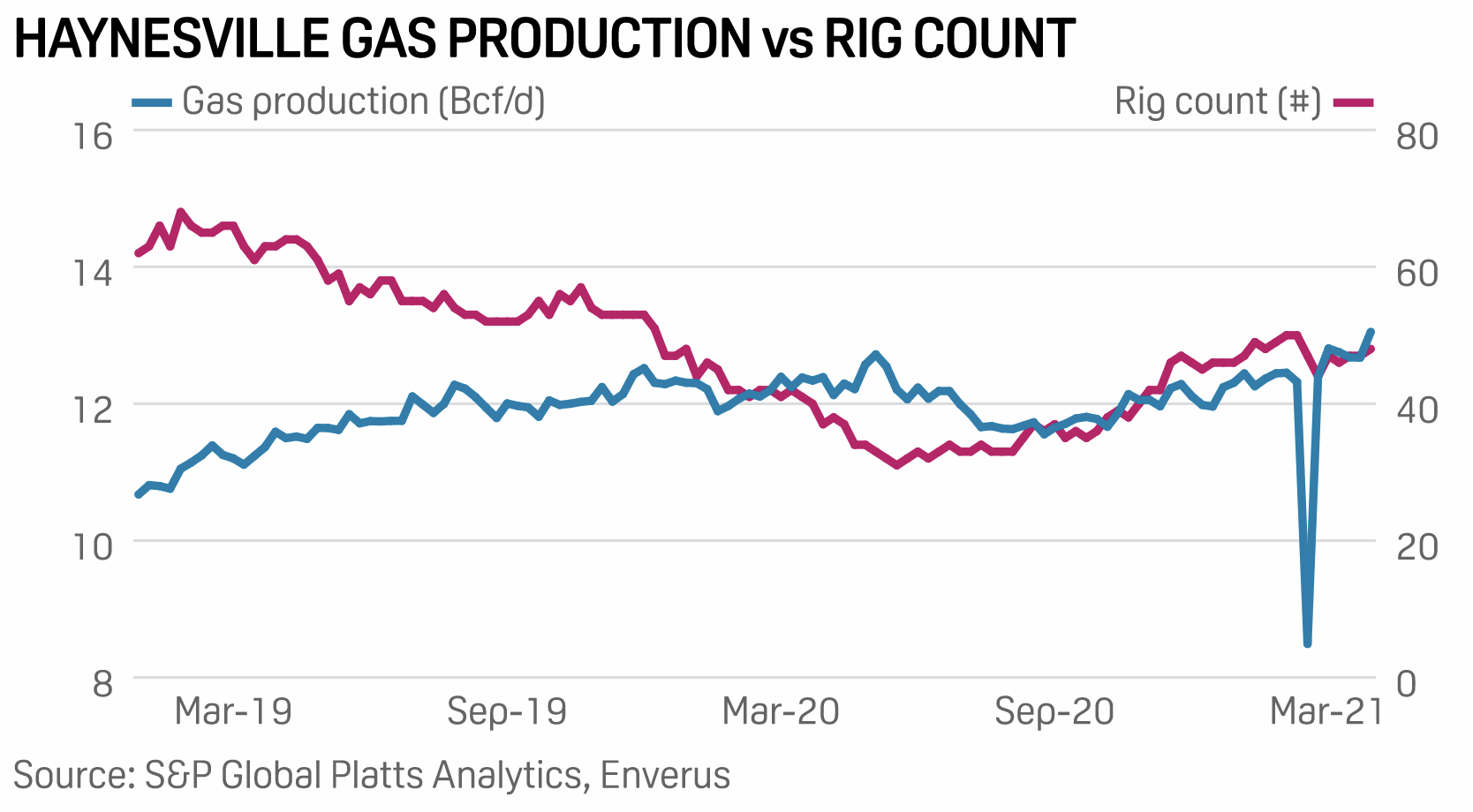 Gas production in the Haynesville Shale is surging into the spring season as operators there respond to strong wellhead economics and a brightening outlook for LNG export demand this year. Month-to-date, output is trending at record-high levels over 13 Bcf/d, with gains widely distributed across the Texas and Louisiana portions of the play, data complied by S&P Global Platts Analytics showed.

A new round of cancelled sailings by major container shipping lines could be inevitable after the six-day disruption to Suez Canal transit last month further deteriorated schedule reliability for shipments from Asia to East Coast North America, market sources said.