The energy transition is cruising ahead—albeit on a changed course due to the disruption spawned by the coronavirus pandemic.

Global carbon emissions from energy generation plummeted more than 6% last year when activity screeched to a halt during lockdowns, marking the biggest decline ever recorded. The oil and gas industry became burdened with oversupply and tumbling demand, while wind, solar, and hydropower generation climbed 50% worldwide. As CO2 emissions deteriorated, awareness of the urgency for climate policy skyrocketed. Instead of focusing just on the health concerns associated with the coronavirus pandemic, countries in Europe to the U.S. to China responded to the compounding crises with sustainable-stimulus packages, net-zero pledges, and other green policy changes in efforts to build a more resilient global economy. Now, as the recovery heats up, behaviors born during the pandemic that contributed to the decrease in emissions—including people working from home and businesses restructuring their supply chains to become more localized—are likely to continue.

This may not be enough to reduce emissions enough to achieve the Paris Agreement target of global temperatures warming by no more than 2 degrees Celsius by 2040.

More action is needed to successfully shift countries’ dependence to renewable energy sources from fossil fuels. Over the long term, S&P Global Platts Analytics' most plausible scenario points to fossil fuels accounting for half of the global energy mix in 2050.

“While the huge decline in demand and emissions in the immediate aftermath of COVID-19 has the world temporarily on or ahead of a path that would limit global heating to 2 degrees Celsius, the recovery in demand, even blunted by the lingering impacts of COVID-19, will bring about a return to CO2 emissions growth over the medium term,” S&P Global Platts Analytics said in a recent report. “While there is perhaps an opportunity for COVID-19 to be a catalyst if behavior and policy changes become severe, Platts Analytics does not believe this is the path energy markets are currently on.”

"We still have much more to do when it comes to decarbonization. We're still seeing growth in fossil fuels,” Bruno Brunetti, Head of Global Power Planning at S&P Global Platts, said April 13 during the Global Power Markets conference.

Regardless of the rebounding economy, increasing climate risk remains an immediate threat to oil, gas, and power industries. An early Colorado State University forecast showed that this year’s Atlantic hurricane season could bring forth 17 named storms, eight hurricanes, and four major hurricanes. Comparatively, an average of 12.1 named storms, 6.4 hurricanes, and 2.7 major hurricanes hit the Atlantic annually from 1981-2010. Ravaged by multiple storms last year, Texas, Louisiana, and Mississippi—where the U.S.’s oil and gas infrastructure is most concentrated—are most vulnerable again in 2021.

But the light at the end of the tunnel hasn’t dimmed. The COVID-19 pandemic has proven that global collaboration to achieve decarbonization goals is possible.

“The world needed an emergency—a global pandemic—to come together and drive action. We produced a vaccine in less than a year when most take 10 years. What could we do if we realized our planet was dying and treated climate as a real emergency—could the world bend the curve to achieve a 2 degree C or even 1.5 degree C world?” Chris Midgley, S&P Global Platts global director of analytics, said in a recent commentary. “The path forward must avoid demonizing the fossil fuels industry, which needs to welcome creativity from activists and make the industry part of the solution and not the problem.”

Today is Wednesday, April 14, 2021, and here is today’s essential intelligence. 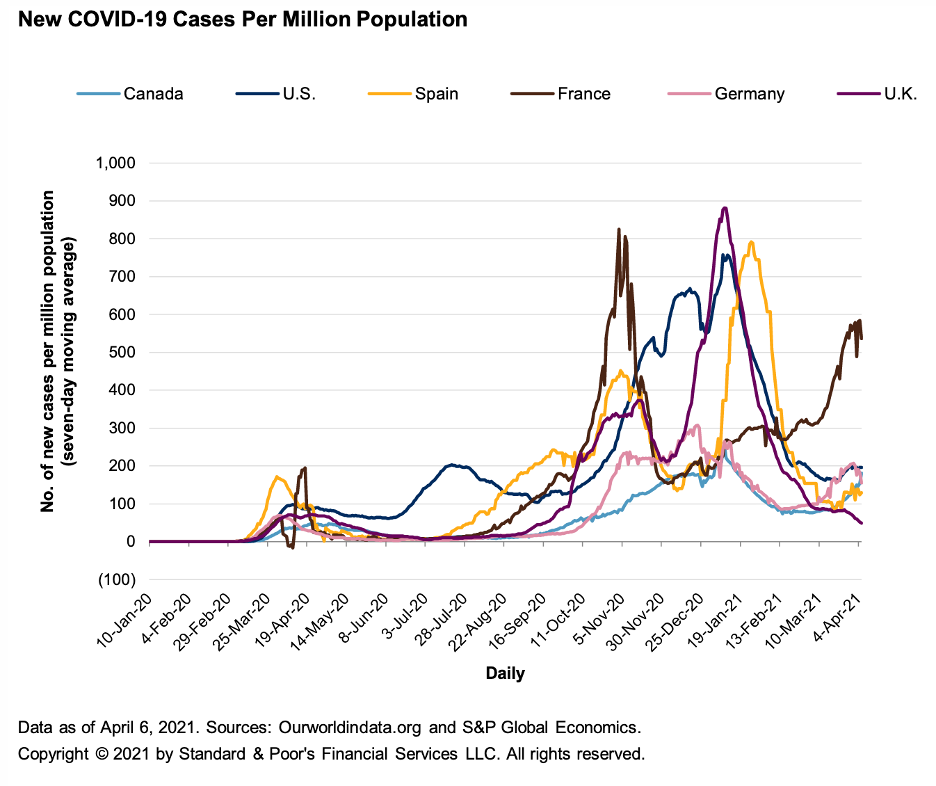 S&P Global Economics expects to see marked improvement on all fronts of the economy in the spring, setting the stage for second-quarter GDP to likely register double-digit annualized growth of 11.3%

Strong consumer demand, worldwide equipment shortages and insufficient staff to haul goods from U.S. ports are making it more expensive to ship products from Asia. The likely result, according to retail experts, is higher prices for Amazon customers in the coming months as the extra costs are passed on. Independent third-party merchants account for a majority of physical gross merchandise sales on Amazon's site, at 60% as of 2019, according to data from Marketplace Pulse, a firm that collects data on e-commerce companies including Amazon.

The Indian government should bear the regulatory risks and actively invest in building new roads, ports and airports, experts say, as the country seeks to address the biggest drag on its economic growth potential by establishing a new financial institution to fund infrastructure projects. 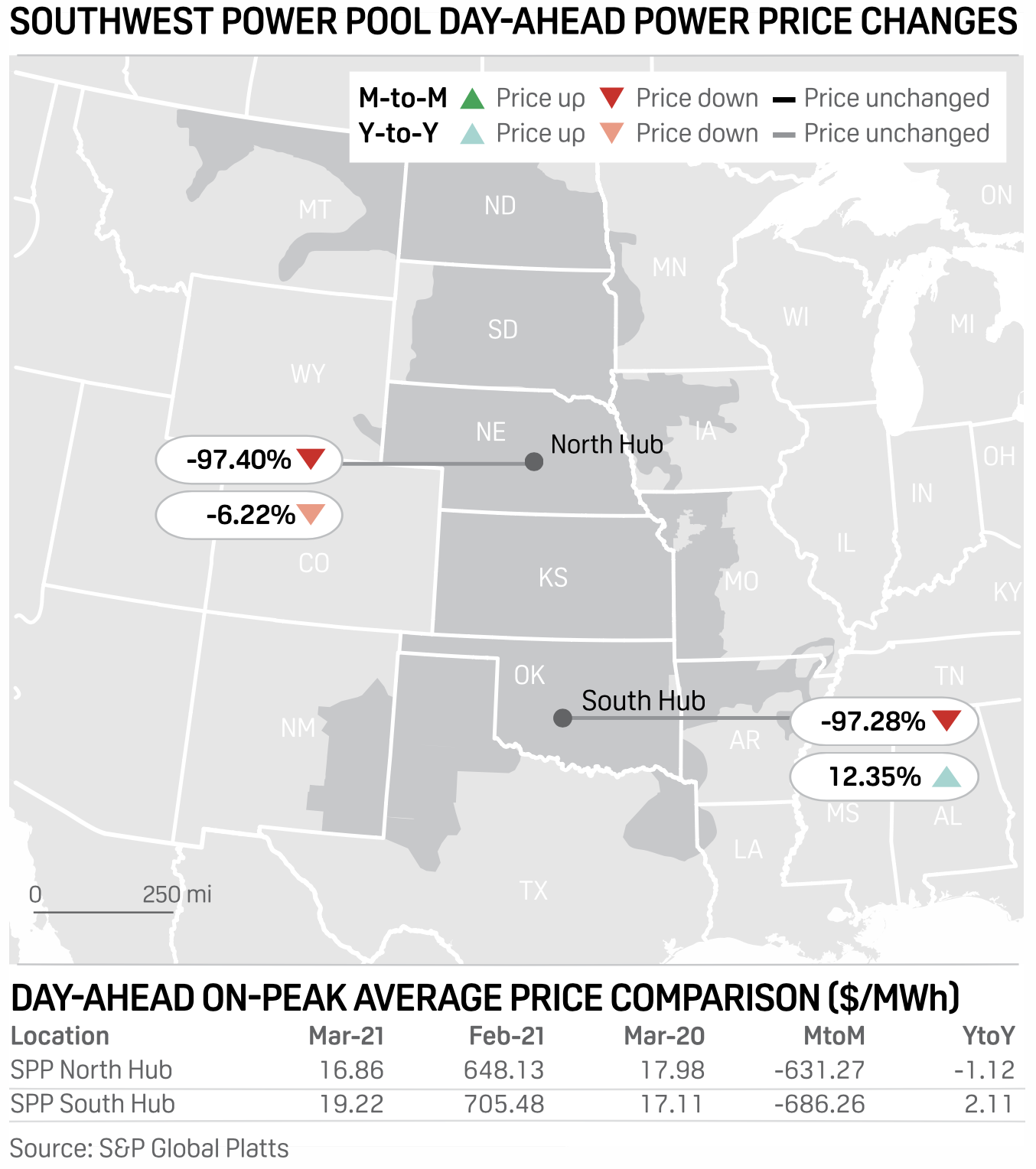 Multiple renewable records in March drove wind generation back to the top of the Southwest Power Pool fuel stack and to the highest monthly average on record, as wholesale power prices averaged below $20/MWh on warmer weather month on month and dipped into negative territory as wind surged on the grid. 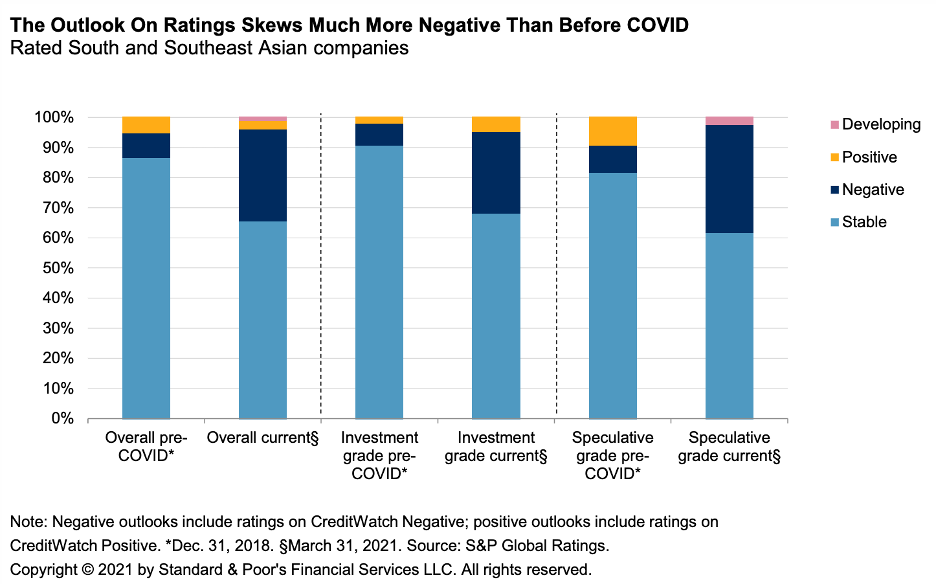 Rebounding revenues and profits across South and Southeast Asia are not yet enough to stabilize the credit trajectory of speculative-grade issuers. Capital markets and investor sentiment are likely to stay volatile, until there is clear progress on the rollouts of vaccinations in the region. Uneven access to funding for refinancing could create a spike in corporate defaults in South and Southeast Asia if it persists beyond the next six months. 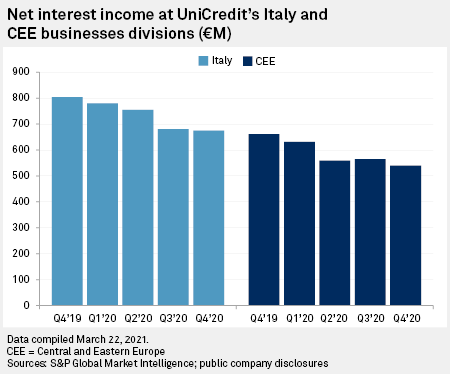 For UniCredit SpA, central and Eastern Europe has been a key growth market in recent years. But countries in the region, particularly Hungary, Poland and the Czech Republic, have been in the grip of a particularly devastating third wave of COVID-19 infections so far in 2021, resulting in new lockdowns. Microsoft Corp. is betting big on voice recognition in a deal that would rank as its second-largest ever. The company on April 12 agreed to buy artificial intelligence-powered speech technology firm Nuance Communications Inc. in an all-cash transaction valued at $19.7 billion, including debt. 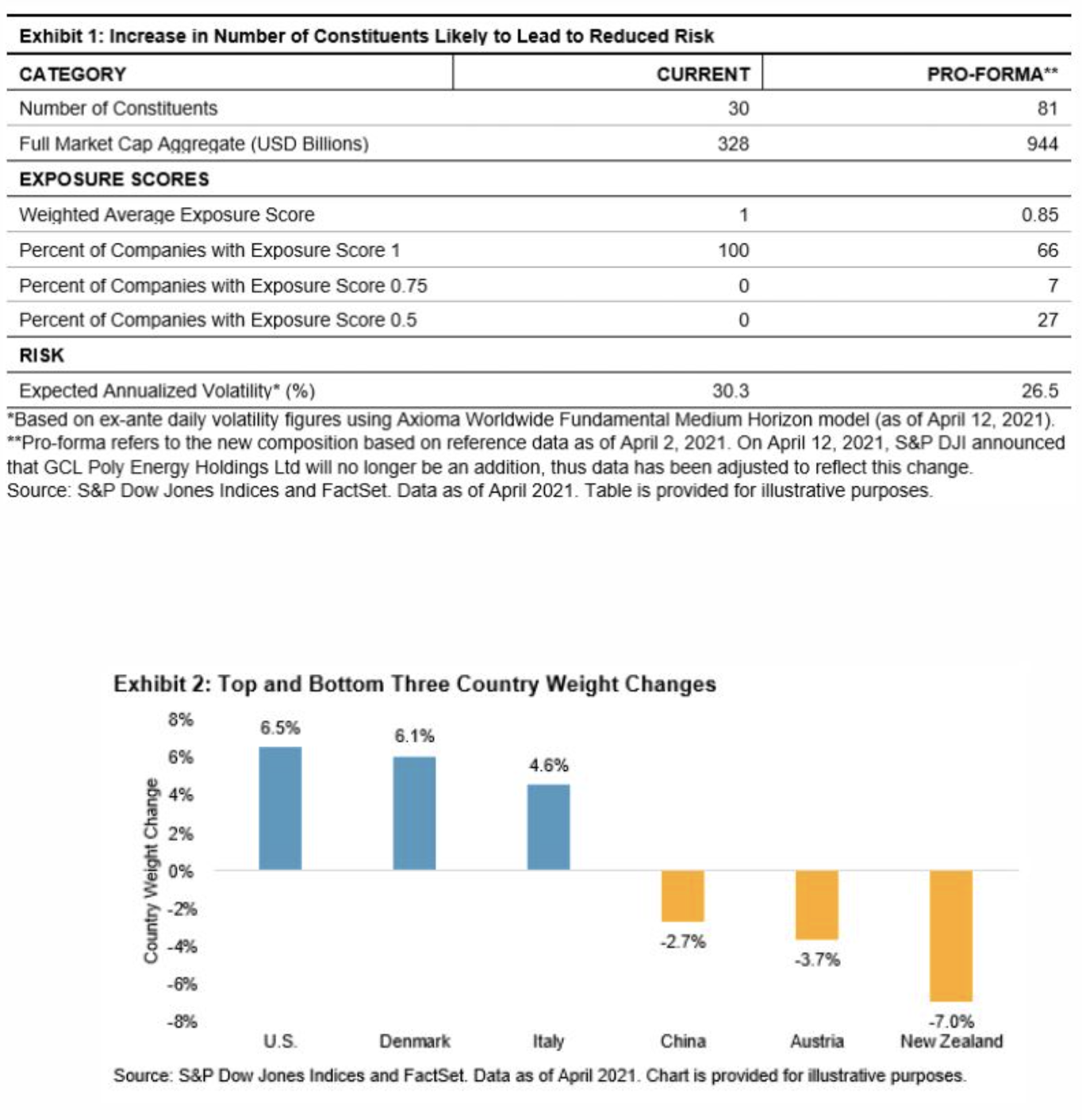 Following a public consultation that concluded in March this year, S&P DJI announced the new composition of the S&P Global Clean Energy Index, which currently comprises 30 leading clean energy-related stocks, on April 2, 2021. The index is set to broaden when changes take effect on April 19, 2021. Clean energy is an area that has garnered much investor attention over the past year, fueled in part by falling prices of renewables and growing momentum for carbon neutrality. As the global clean energy sector evolves, the S&P DJI Index Committee aims to have a benchmark that reflects the changing opportunity set.

As market participants increasingly incorporate ESG metrics into all aspects of investing, it is inevitable that commodities investing would collide with ESG. The search for low-carbon fuel feedstocks from renewable sources to meet the demand for green energy is one area where the commodity-ESG conundrum is already apparent.

Listen: A New Chapter for Oil, With IEA’s Toril Bosoni

The oil market is starting to face a new set of questions as it emerges from the pandemic and as energy transition momentum builds. S&P Global Platts Associate Director Paul Hickin spoke with the International Energy Agency's Head of Oil Markets Division Toril Bosoni about the outlook for oil demand, the role of OPEC+, US shale and China in the new reality and the challenges for energy security.

Russian Escalation In Ukraine Yet to Faze Commodity Markets

Tensions are growing over the potential for a new military escalation between Russia and Ukraine which could threaten vast flows of commodities and energy. The standoff raises concerns that Western countries may tighten existing sanctions against Russia which were introduced in response to the Kremlin's 2014 annexation of Crimea.

Iran will begin enriching uranium to 60% purity, in gross violation of the nuclear deal, a senior official said April 13, ratcheting up the stakes of U.S. oil sanctions negotiations. The move, announced by deputy foreign minister Abbas Araghchi, is in retaliation for what Iran said was the sabotage of the Natanz nuclear facility by Israel on April 11. Meanwhile, an Israeli-owned commercial ship, Hyperion Ray, has been attacked near the eastern UAE port of Fujairah, according to reports. The incident has not been independently confirmed by S&P Global Platts.