Bringing people together: The role of hydrogen in a deeply decarbonized future

Hydrogen is unique among energy carriers due to its ability to unify. Geographically, the breadth of interest in hydrogen as an energy carrier is worldwide. There are—so far—no issues of geopolitical conflict or complexity involved. Countries across the world see hydrogen as either a tool to meet ambitious decarbonization goals or an opportunity for export. High solar-resource hydrocarbon exporting countries in the Middle East, highly industrialized energy-importing countries in Asia and Europe, gas-rich countries like Russia, coal-rich countries like Australia - all show positive interest in hydrogen. Hydrogen could develop into a globally traded energy source, like oil and gas. But also, it can be produced domestically, reducing dependency on imported fuels. Hydrogen is not a primary energy source, it is an energy carrier. It can be produced by breaking apart hydrocarbons (coal, gas, and oil) or by splitting water with electricity. Hydrogen produced from hydrocarbons requires permanent sequestration of carbon to be low carbon. Hydrogen produced from electrolysis is today more costly, however with scale, costs will fall rapidly. By 2030, electrolysis costs could fall by more than than 50% as the technology improves and renewable energy becomes cheaper (see figure 1). As a result, many utilities are looking at hydrogen and other renewable gases to green their pipelines. 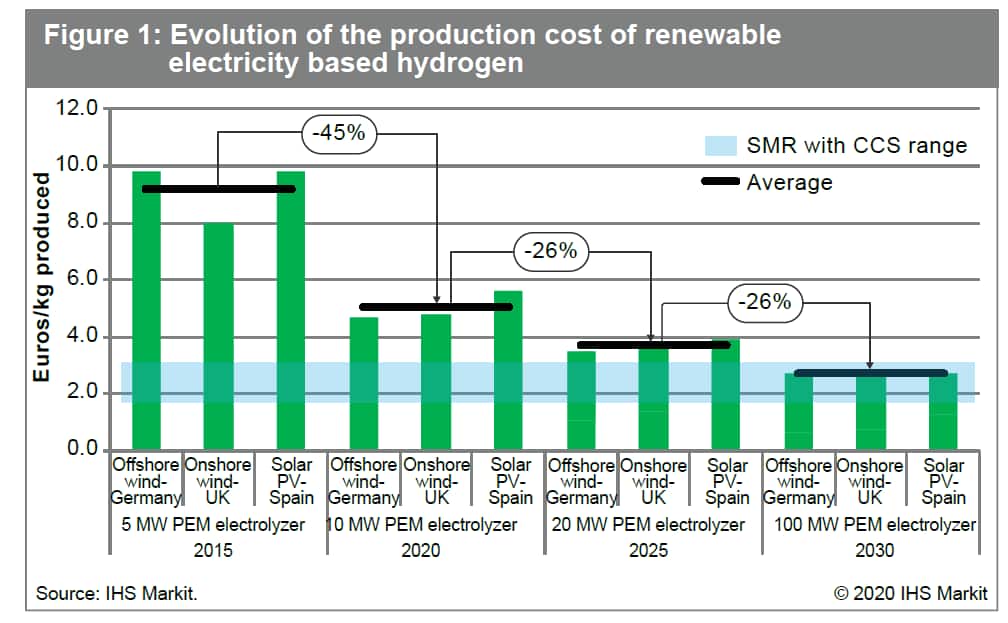 Figure 1: Evolution of the production cost of renewable electricity based hydrogen

Interestingly, hydrogen brings together the interests of traditional fossil fuels (such as oil, coal, and gas) with renewable energy generators. Electricity, and more importantly renewably produced electricity, triggers political interest and allows for political and consumer acceptability. But production from hydrocarbons - with carbon capture - will be necessary to offer the volume of hydrogen required. In this regard, hydrogen allows the continued use of hydrocarbons even in a low-carbon world. Accordingly, IHS Markit has seen a growing number of oil, automotive, and other companies along the supply chain proactively investing in hydrogen technologies (see Figure 2).

While bringing some people together, hydrogen also offers businesses an opportunity to differentiate themselves. Whether and how companies invest in hydrogen will provide investors with key insights into corporate strategy and views on the energy landscape. This will be important as a growing number of pensions, sovereign wealth funds, and banks are tying climate ambitions and performance to their investment decisions. Partnerships and technology sharing will be key, as will successfully navigating a landscape with shifting political winds and commodity prices. Hydrogen will ease the energy transition by bridging people's demand for energy with the fluctuations of renewable generation and the inconveniences of battery storage. For example, on cold days natural gas pipelines provide an enormous amount of "peak heat" that would overwhelm the electrical grid if converted to load (see Figure 3). Utilizing existing pipeline infrastructure, hydrogen could provide that peak heat at a lower cost than other low-carbon solutions. Hydrogen can also reuse natural gas storage, allowing storage of renewable energy across seasons. Building on that, the ability to have stored hydrogen readily at hand allows for its use in high-temperature processes and long-haul transportation.

Hydrogen's future potential is large and real. Society will need tools other than electrification and renewables in its decarbonization toolbelt. Hydrogen is a well-understood alternative energy carrier with a multi-billion dollar industry already producing, transporting, and storing hydrogen. Economically, it is already competitive in heating applications and will compete with battery electric vehicles in the heavy goods vehicle and bus egments in the 2020s. As decarbonization schemes increasingly bear fruit, hydrogen's role in the economy will grow. IHS Markit anticipates that, in regions aiming for net-zero carbon, hydrogen could provide as much energy as natural gas today, 20% to 25%. In other regions with lower targets, hydrogen could still account for 10% of the final energy balance. Today, momentum is building for hydrogen. Polices in California, Europe, China, and East Asia embrace hydrogen as a mechanism to decarbonize transportation while reducing urban air pollution. Fuel cell trucks will soon join cars on retail markets, and refueling stations (true gas stations) are spreading across three continents. Utilities are building hydrogen-compliant generation and distribution systems. To supply these projects, developers are bringing online an unprecedented number of electrolyzer projects and expanding the supply of renewable natural gas available for reformation to hydrogen (see Figure 4). The pace of technological change is accelerating, and companies are taking significant steps towards commercialization in a market where billions of dollars will be at stake. 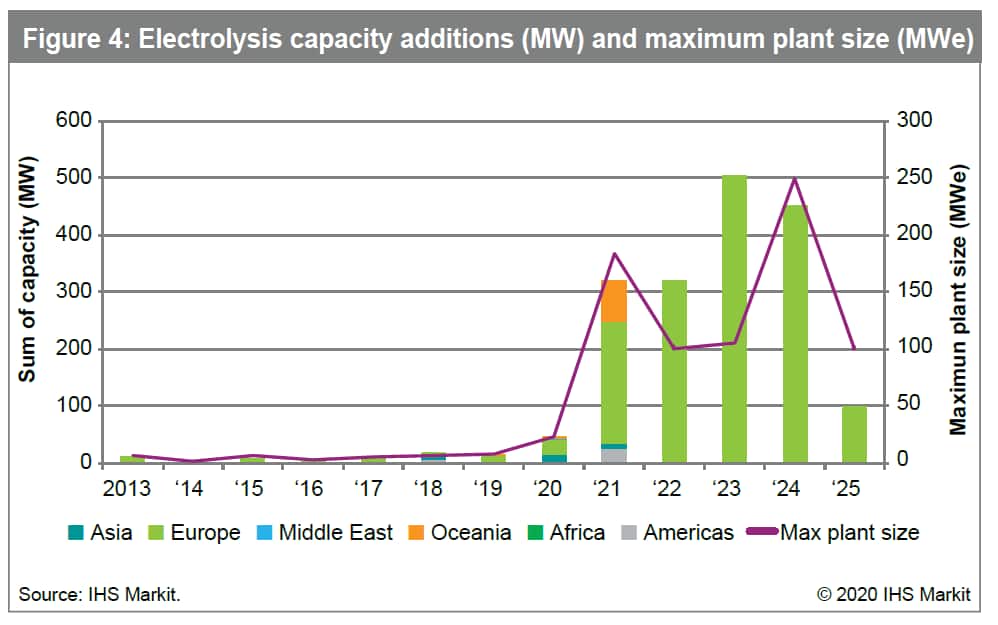 Hydrogen and Renewable GasExplore innovative technologies to achieve a low carbon future and supportthe decarbonatization of the global economy.

Alex Klaessig is a Director of Gas, Power and Energy Futures at IHS Markit.

Growing green: How the Energy Transition is transforming business and financial models