Saudi Arabia seems to be determined to follow its plan to ramp up oil exports in April, with the market already having observed a first wave of crude oil towards Europe and the US in late March. Several of the VLCCs fixed by the Kingdom in March have been loaded, allowing the country to increase exports quickly. According to IHS Markit Commodities at Sea, weekly volumes in barrels per day have been following a stable upward trend, since week 11 (starting 8th March).

Moreover, Riyadh is understood to be increasing storage of crude oil in Egypt during the last few weeks, primarily targeting the European market. Production is expected to reach 12.3 million barrels a day in April, from around 9.7 million in February. Pressure by the US to end the price war doesn't seem to be having an effect on Saudi Arabia's strategy so far.

The country has slashed its official selling prices, having announced an impressive increase in its output, just after Russia refused to join the OPEC+ alliance to cut output further. Meanwhile, global oil demand is set to further collapse driven by lockdowns across major oil consumers to prevent the spread of the coronavirus.

Despite the increasing diplomatic pressure, Saudi Arabia plans to export even more in the next few weeks. At least 18 ballast VLCCs are currently positioned very close to Saudi Arabia's oil terminals of Ras Tanura and Yanbu, which could load around 36 million barrels in total, according to IHS Markit Commodities at Sea. 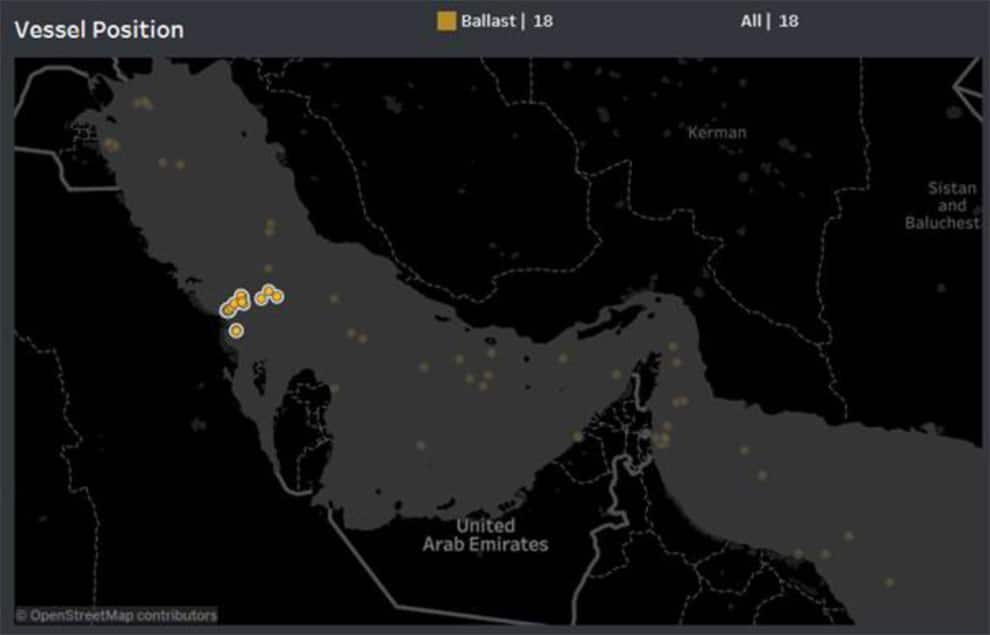 Saudi Arabia is not expected to change its policy any time soon, as cargoes have been fixed for weeks ahead. There has also been an interesting increase in shipments of cargoes heading to the USA. The TD1 route, for crude oil carried on VLCCs from the Middle East Gulf to the US, could experience a revival after experiencing a sharp decline driven by the increase of US crude oil production.

Route analysis of TD1: barrels of VLCC shipments from Middle East Gulf to US PADD 3

Saudi Arabia is also trying to increase its market share in the European market, recently exporting more to Egypt, with most of this cargo to be re-exported into Europe. Egypt will start being shown as one of the major destinations for Saudi Arabian exports and could potentially surpass other traditionally major importers of the country's barrels.