While OPEC members made it clear that recently deeper crude oil production cuts won't last for much longer, they decided to extend the first phase to the end of July for all producers except Mexico. The Latin American country decided to continue with the original deal. This isn't expected to have a huge impact as Mexico's commitment only referred to 100,000 b/d. Saudi Arabia, Kuwait and UAE have been voluntarily producing less during the last month, with additional production cuts estimated to have reached almost 1.2 million b/d. However, these levels won't be extended into July. Both Saudi Arabia and Russia now seem to be confident that the oil market will be much more balanced in July. Focusing on Mexico, complying targets so far have been met, having closed oil wells to bring oil production down by 100,000 b/d, but the country won't be able to continue.

Production of Mexico's state-owned Pemex only reached 1.53 million b/d in May, around 123,000 b/d lower than the 100,000 b/d cut agreed at the OPEC+ deal. Meanwhile, the country's government asked the World Bank for a loan of USD one billion in mid-May to deal with the impact of the COVID-19 pandemic. The loan was approved in late May. The Mexican economy has been under severe pressure. Campeche, one of Mexico's most significant oil and gas exploration and production areas, was hit by tropical storm Cristobal which forced ports to close earlier in June. 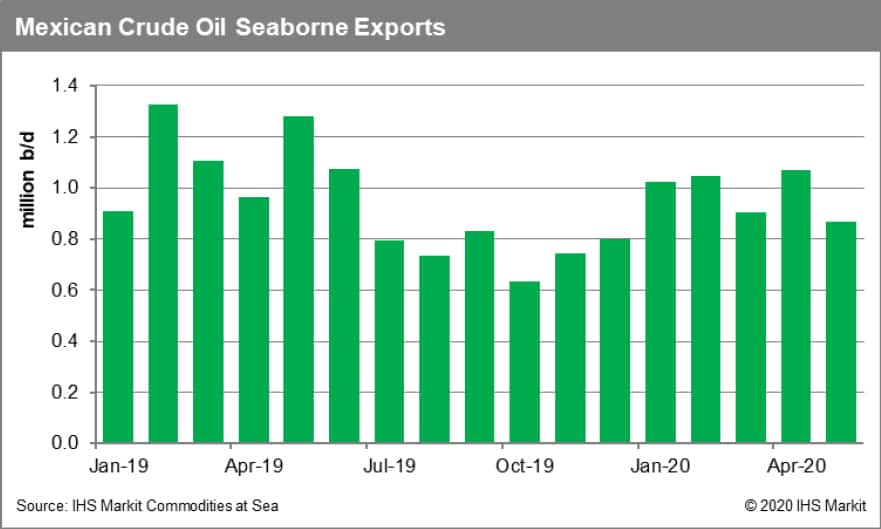 Mexican crude oil shipments fell below 900,000 b/d in May, the lowest so far this year. This is a decline of 32% year-on-year based on data by IHS Markit Commodities at Sea. Crude oil flows to the USA have remained strong even in May, having surpassed 580,000 b/d. This represents 67% of the country's seaborne exports, the highest so far, with the average this year standing at 51%, much higher than the 42% observed last year. Most of the limited flows to Asia have been absorbed by India and South Korea. 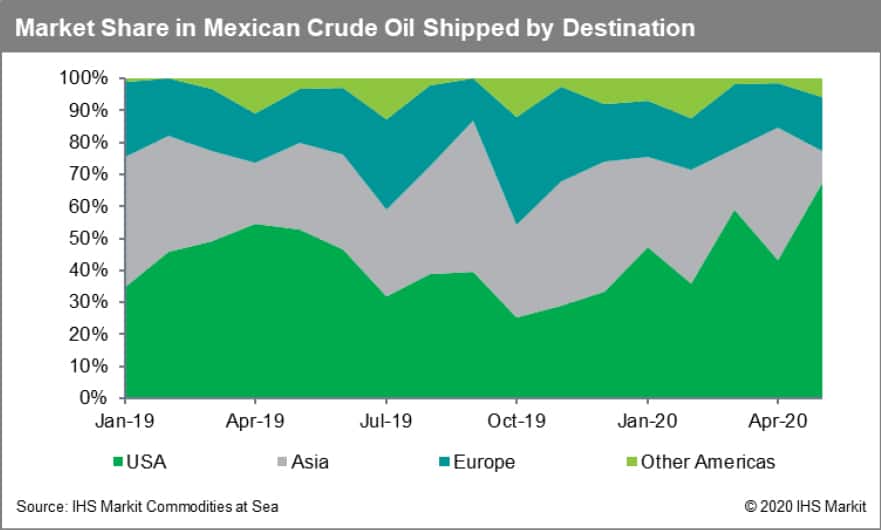 The strong flows to USA have been driving the increasing market share of Aframax/LR2 so far this year. The size class has carried 44% of the barrels shipped so far this year, from 36% in 2019. Meanwhile, there has been only one full VLCC cargo observed last month. 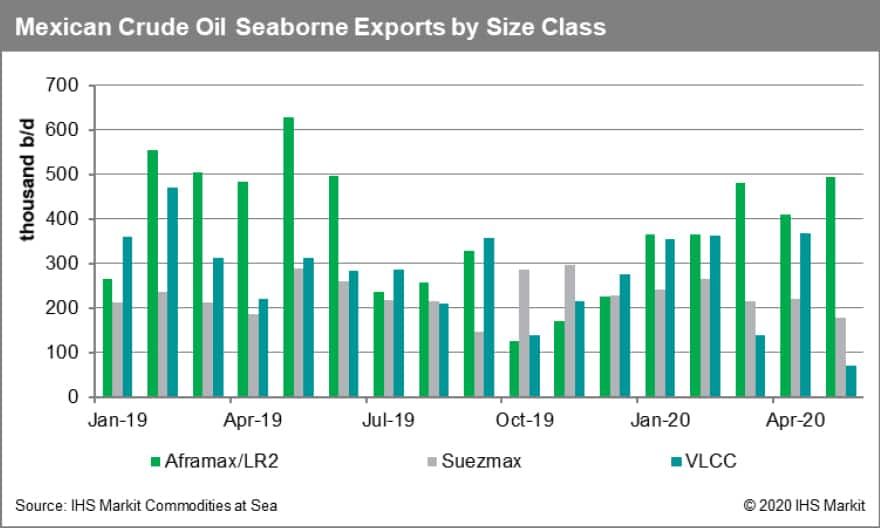