The Suezmax 'YANNIS P' is continuing her voyage to the US Gulf. This is Guyana's first shipment. The tanker loaded around one million b/d of crude oil from the South American producer and is heading to Galveston, according to oil major Exxon Mobil. The debut of Guyana's seaborne exports is rather significant for the regional market, as the producer will add significant output capacity together with Brazil's recent offshore additions, while US sanctions on Venezuelan barrels are still in place. 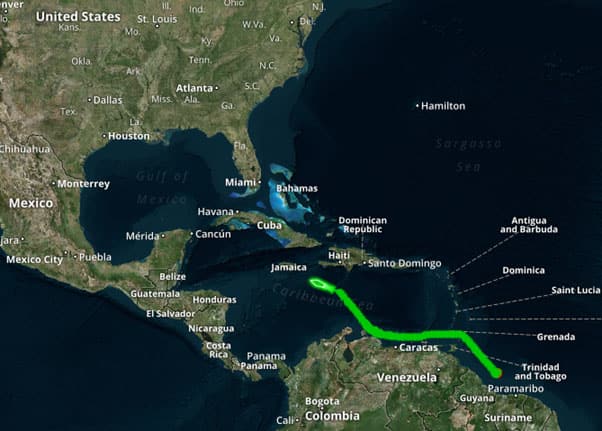 Exxon Mobil, together with China's CNOOC and Hess Corp have commenced producing crude oil in Guyana last month, ahead of schedule. The country's Stabroek block is estimated to hold more than six billion barrels of recoverable oil and gas. This oil tanker lifted the first crude oil barrels of Liza, a sweet light grade. Shipments are expected approximately every 10 - 12 days from Phase 1 of the Liza Development.

The country, together with the US, Norway and Brazil, could prove to become one of the major drivers of global supply growth this year. The Suezmax sector could benefit the most, with three full cargoes added to global demand per month since phase 1.

As data by IHS Markit Commodities at Sea suggests, the first cargo of Gyana could reach it's destination by the end of January or early next month. 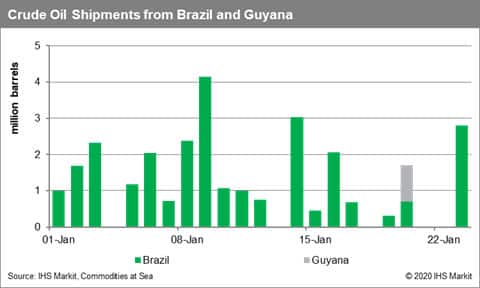