With countries going into lockdowns one by one, electricity demand around the world has been dropping. Power generation requirement has gone down with it, but how are different generation resources responding to the decline in load?

Last time the world's power systems witnessed significant demand weakness was during the financial crisis a decade ago. Ten years on, one major difference in power supply is the role of renewables. Wind, solar and other renewable technologies only accounted for 5% of the world's power generation capacity in 2009; that figure has increased to 18% by 2019. In some large renewable markets such as China, Europe and the United States, renewables share is even higher. 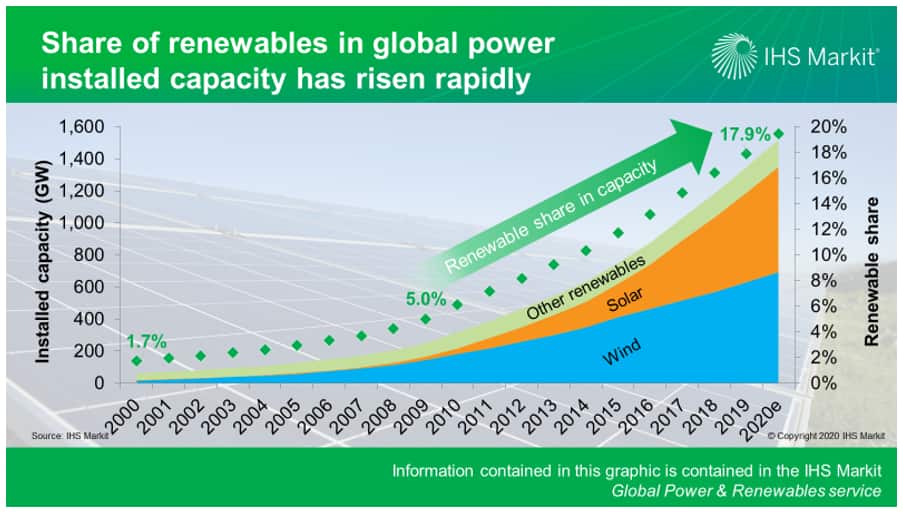 How didrenewables and conventional power sources perform during the lockdowns?

Our power research teams based in 12 different countries compared generation data during their respective lockdown periods, to the coinciding period in 2019. Though only a few months may be compared at this stage, three themes emerged when assessing the results of five key markets in Asia, Europe, and North America: 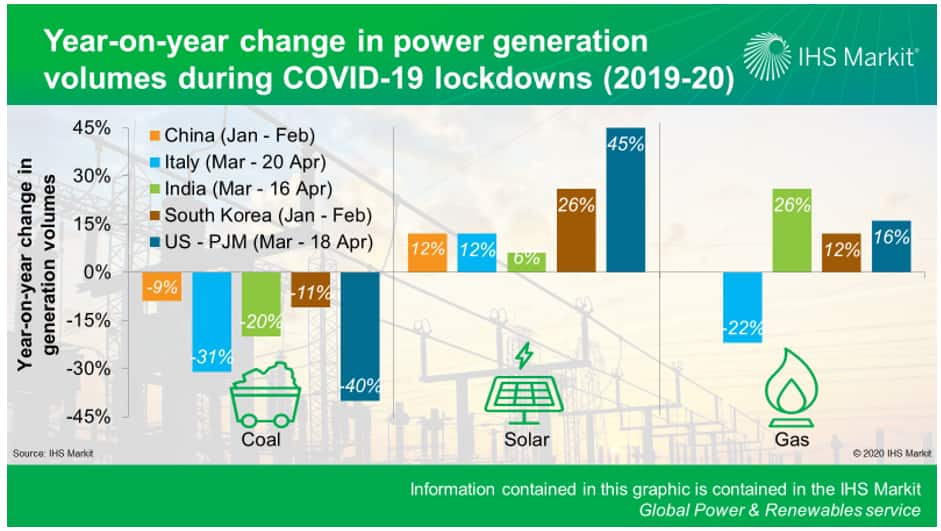 The local nature of power markets means that there are numerous factors - some global and some local - leading to the seemingly common outcomes across geographies. In addition to weather and its impact on demand and renewable output:

The impact described above - lower demand and lower prices in many markets - during COVID-19 will likely outlast the pandemic itself. The compilation of supply chain and permitting delays with depressed power prices in many markets, will place pressure on merchant projects, including renewables. As a result, generating technologies may have a harder time getting financed, potentially delaying new projects that had planned to come online this year and next year.

Learn more about our Global Power & Renewables research and analysis.

IHS Markit experts are available for consultation on the industries and subjects they specialize in. Meetings are virtual and can be tailored to focus on your areas of inquiry. Book in a consultation with Xizhou Zhou.

Xizhou Zhou is a Vice President and Global Managing Director of power and renewables at IHS Markit.