The impact of the novel coronavirus (COVID-19) has pushed the price of many heavy crudes to beneath US$20/bbl in recent weeks. In western Canada, which is both geographically distant from end markets and features particularly heavy, sulfurous crude grades, prices have fallen to well below US$10/bbl.

Around the world, planned spending has been cut by oil and gas companies as they have sought to preserve their cash flow through what will likely be a period of protracted very low prices. IHS Markit estimates that in western Canada, over $US 6 billion in spending has already been cut. The bulk of these cuts has been borne by the large oil sands producers, but the impacts are far broader. There have been sizeable spending reductions for conventional, unconventional, midstream and even petrochemical projects. 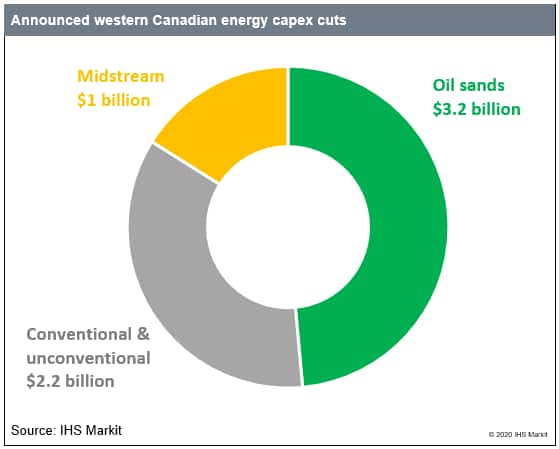 As a result of these cuts, western Canadian drilling activity—already at near record lows—is expected to fall further with potential for under 3,500 wells being drilled in 2020. This is a reduction of nearly a third from IHS Markit's January 2020 outlook and is particularly significant if one considers approximately 1,300 wells have already been drilled in the first quarter. If anything, there is likely more downside risk than upside to our base case.

For the Canadian oil sands, a year that had started with cautious optimism and was on pace to record the first uptick in upstream spending since the 2014/15 price collapse has quickly evaporated. IHS Markit's preliminary estimate indicates upstream oil sands capex in 2020 may be at their lowest levels in over 15 years. To put that in perspective, 15 years ago oil sands output was two-thirds what is was in 2019. 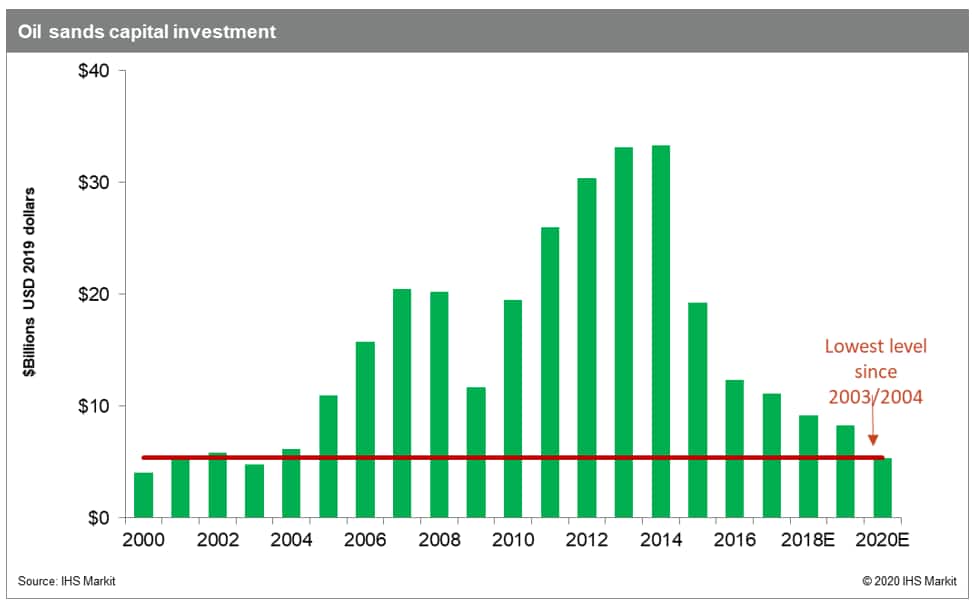 Western Canada is accustomed to price volatility. This is the third period in the past half-decade that producers have seen heavy oil prices beneath US$20/bbl. However, the scale of this demand shock is unprecedented and the impact on the basin is expected to be protracted, deep with long lasting ramifications for western Canadian output, the people that work in the sector, and the overall economy.